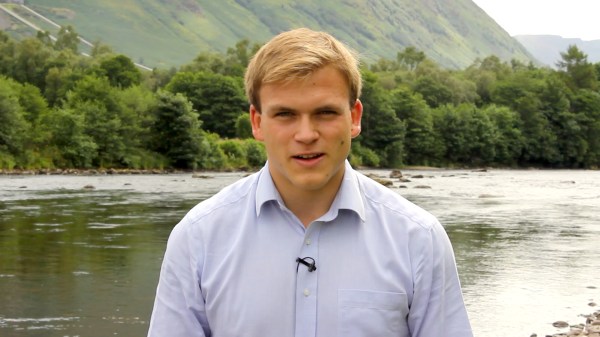 Andrew Burdett in a screenshot from his DofE Gold Expedition film – released January 2014.

The media landscape is ever-changing; continually facing new challenges on every front.

Rolling-news channels have infinite hours of television to fill, irrespective of how short the newsbelt actually is that day. Photojournalists, fresh from covering a riot or fight, often find themselves in a war of their own — a legal battle to block police requests for evidential images, which must be won to guarantee journalistic independence. Still lurks the memory of late-night deals done over greasy pizza-boxes, which at one point appeared to pose the latest threat to a centuries-old trade. At present, though, the Press Recognition Panel (created under a Royal Charter) is yet to do a day’s work — astonishingly, it seems to have been beaten to the job by Fleet Street’s very own Ipso.

And where to begin on the gloomy backdrop of the internet.

The once exciting new medium, initially greeted so warmly by newspapers, has gone on to bleed the nationals of their traditional advertising revenues. Attempts to encourage readers to pay for online subscriptions have, of course, been made, but will likely never succeed entirely until all ‘free’ news is hidden behind paywalls.

And yet, despite such an apparently negative outlook, the news industry excites me, as it always has. The privilege of telling stories, of using one’s own voice to draw attention to someone else’s issues, is one that I would love to pursue as a career.

Currently embarking on a three-year Journalism Studies course at the University of Sheffield, I am a self-confessed ‘news junkie’. I obsessively read ‘paper papers’ each day, but also make full use of Twitter and Facebook to catch other stories from different angles. I wake up to Today and my day finishes with Today in Parliament — with PM, the News at Ten, and Newsnight in between.