As Coronavirus rumbled on in 2021, life went on too. 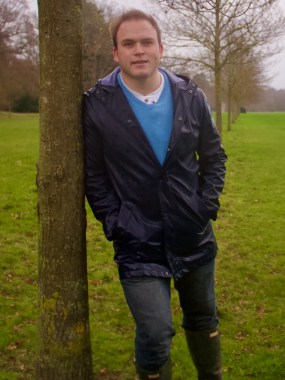 After another long lockdown, the vaccine rollout brought the promise of spring’s brighter days; with restrictions eventually dropped in time for a summer of catch-ups and autumn of fun. Winter brought renewed caution, as the fast-spreading Omicron variant threatened another cancelled Christmas. But the government’s green-light for festivities spared the nation from the pain of further separation – buying ministers much-needed political capital, too, in a year the Johnson administration was undermined by claims of hypocrisy and rule-breaking.

In the latest edition of my annual ‘Review’ series, I reflect on a year of public significance, personal joy, and professional pride. Major news events are combined with private recollections: from the Suez Canal blockage and Cop26 to January’s snow and our efforts in the garden. The deaths of Captain Sir Tom Moore and the Duke of Edinburgh feature – as does the birth of the Burdett family’s newest member. There are also mentions of cherished holidays, to Cheltenham and Devon, plus memories of exploring Buckingham Palace’s garden and the Marble Arch Mound.

The setting for this year’s film, Windsor Great Park, was chosen for its significance within my recollections of 2021’s many changing Covid laws: it was where, on 29 March, we met Kristen’s grandparents for a lovely early-spring dog walk, on the day the ‘stay at home’ rule ended and it became legally possible to meet with another household.

For more reflections on 2021, and in fact the last couple of years, you may like to read my longer ‘Diary notes’ blogpost.

In the meantime, I hope my long-awaited video serves as a worthy record of the last twelve months.

PS: As ever, a personal note of thanks to Kristen, who bravely manned the camera despite worsening weather conditions on the day we filmed it. Thanks, too, to all those who texted or messaged asking if (like Sue Gray’s report) this film would ever materialise. From ever-loyal viewers (like Remy, Josh, and Julie) to secret fans who’ve outed themselves this year (like Linda and Loz) your support is much appreciated. I was most amused when a friend forwarded me a wholly ‘Unaffiliated & Unofficial Review of the Year Bingo’ card he had received… I fear my dreadful predictability means anyone bothering to play along will quickly score a full-house.