A year ago, I’d hoped the new decade would be a period of promise, and a cause for optimism. After years of back-and-forth, it seemed certain the Brexit issue had finally been settled; and, for better or worse, domestic politics could move on to other matters, with a newly-strengthened mandate.

Instead, the start of this century’s ‘Roaring Twenties’ has proved to be a little too too like the last — blighted by inescapable illness, which quickly gripped an unprepared planet. 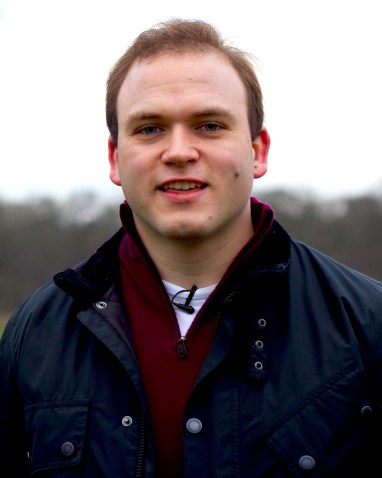 In ordinary times, some of the year’s other ‘big stories’ could have been expected to have made an even greater impact: the shake-down of the British Monarchy; the rapid warming of the planet; and, of course, the global movement for racial inequality. This is not to talk down the significance of any one of these issues; rather, it is an expression that they were, to varying degrees, overshadowed by the Coronavirus pandemic.

The constantly-changing circumstances also allowed some cover for what, otherwise, would surely have amounted to far bigger political scandals.

How did a Home Secretary whose “behaviour… can be described as bullying”, remain in position with the “full confidence” of the Prime Minister? How did the Chancellor’s financial support packages allow so many out-of-work taxpayers to fall through the gaps? How did the Education Secretary allow A-Level grades to be set that disproportionately hit pupils from disadvantaged backgrounds? Why were the majority of new contracts for PPE awarded without due competitive tender process (and, for that matter, why was a former neighbour of the Health Secretary, with no previous experience of supplying medical goods, given a £30m contract to provide vials for the NHS)?

These questions were asked at the time, but coverage did not run-and-run. One story that did, though, involved the name ‘Dominic Cummings’ and the place ‘Barnard Castle’. The rest is well-documented – not least by the Guardian and Mirror, which jointly broke the scoop of the year.

I remember being in the ITV newsroom the night that story first surfaced, at eight o’clock in the evening. After taking time to ensure the veracity for ourselves, we then went in hard with it — it was our top bong, and my colleague Libby Wiener produced an extensive report. Remarkably, the BBC’s News At Ten covered it off with just a hastily-assembled live stand-up from Millbank: it had not even featured in their run-order twenty minutes before transmission.

For this year’s Review, the latest in a series of annual look-backs, I was keen to reflect the excitement of those dramatic days in the office. A sequence of three of our most memorable headlines features towards the end of the video. It kicks off the usual ‘newsbelt’ of major stories – that is, in this case: major stories not directly about Coronavirus.

Because it was impossible to separate our daily lives from the national and international Covid situation, the two run – very much intertwined – throughout my film. I include ‘the daily exercise’, one of few permissible excuses to be out of the house, alongside clips from the daily briefings and Queen’s unprecedented 5 April address.

As restrictions gradually eased, we had the makings of something more closely resembling a traditional summer. True, there was the continual requirement for ‘social distancing’ in some form or another. And there was less international travel than usual; few had made bookings while airlines were in meltdown, and others then cancelled plans as territories came and went from the list of Travel Corridors. But there was, at least, the chance to see others relatively freely, and create precious memories. As I remarked in a few Christmas cards this year: it is these chinks of light that we must cling to, in what might otherwise be written off as a disappointing year. Duly, some highlights of our adventures make up a lively music sequence half-way through the video.

And there is also the year’s biggest event in my personal life: Kristen and me buying our first home, and moving in together – a full nine months since we got married!

So 2020 has been, I reflect at the video’s peroration, “not a complete write-off”. With two vaccine rollouts underway, and expectations that this third national lockdown will be the “last phase of the struggle”, we can only hold out for a more hopeful 2021.

PS: As ever, the usual doff of my cap to my friends and supporters, whose encouraging words ensure these films eventually make it online… even if it is five days’ late (blame my MacBook’s meltdown over Christmas!). Thank you Remy, Jay, Ben, Viv, Julie, and Josh.

Tags: 2020Dominic Cummingsreview of the year