I sit down to coffee in a café next-door to The Crucible, where Everybody’s Talking About Jamie opens this evening. The new musical, three years in the making, marks the stage-writing debut for friends Dan Gillespie Sells and Tom MacRae.

“We both got pretty confident, pretty into a flow, in our respective careers”, says Dan, best-known as frontman of The Feeling: “This is new for us.”

“If we were still 21, we’d be so convinced this was going to happen, because when you’re 21 you just believe.

“But now we’re older we didn’t really know [if it would work]. And then it all did.” 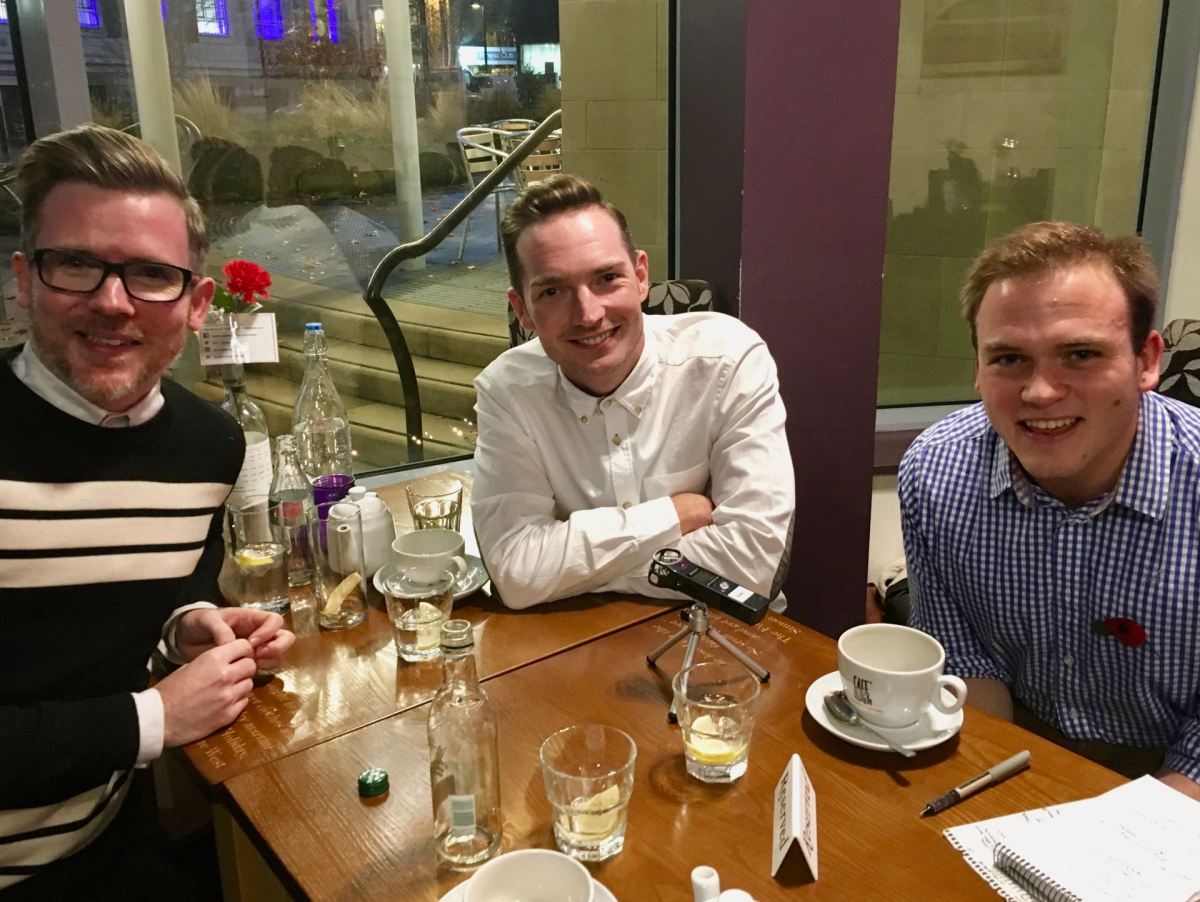 Looming over the theatre, up on the hillside above, are the Park Hill flats. A recent redevelopment of the 1960s estate has added bright colourful cladding to the monotone concrete walls. This seems especially relatable to a show where a splash of vibrancy comes to enliven the ‘ordinary’, the everyday.

Jamie, the title character, illuminates his community when, as an openly-gay 16-year-old, he decides to reveal his drag queen persona at his Year 11 school prom.

“We’ve got a character who’s an effeminate boy, who’s cool with it”, says Dan. Tom interrupts: “He couldn’t hide it if he wanted to, so there’s no closet to be in.” 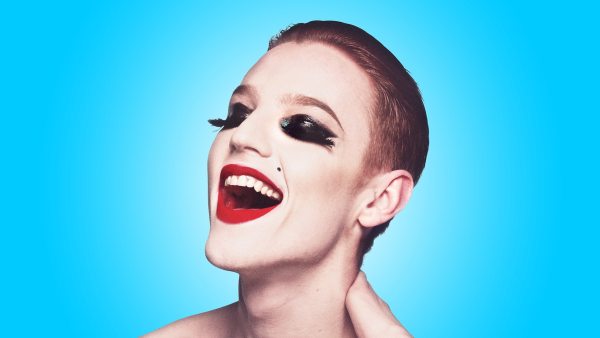 I’m surprised to learn that the inspiration came from the real-life story of Jamie Campbell, as told in a 2011 BBC Three documentary. Imaginatively, therefore, the writers have named their own character ‘Jamie New’, which seems to be something of a working title that got stuck.

Either way, Dan explains that it was important that there was some separation between the ‘real’ Jamie and the one in the show: “He’s kind of Jamie [Campbell] but he’s our version. We can make him do things that real Jamie wouldn’t do.”

The writers deliberately avoided meeting their muse until the show was “basically finished” in October. I ask if it was awkward to come face-to-face.

Tom continues: “He thought it was going to be like to Two Puffs and a Piano. And instead we have this great big show with a big cast, and a big set, and a big staging, and a proper budget.

UPDATE: Everybody’s Talking About Jamie is now previewing at London’s Apollo Theatre, before opening on 22 November 2017.

This article was originally written for Forge Press.