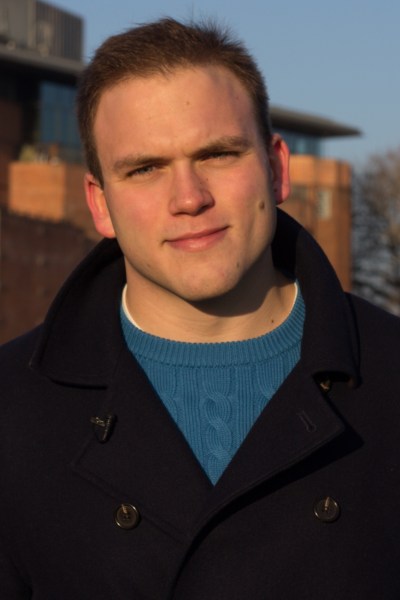 My final memories of 2016 are of the fog: great clouds of thick, blinding mist, that cancelled hundreds of flights and caused at least one fatal car crash. New Year’s Eve followed a week of so-called ‘travel misery’, caused in part by the weather but worsened by engineering works at Paddington and continuing strikes across the Southern Rail network. Not even the Three Wise Men had to contend with all that.

Memories of the wider year, though, are anything but a fog.

Perhaps I say it every year, but I really can’t remember any other period in which events have moved so rapidly, so decisively, so unpredictably.

I don’t just refer to Brexit and Trump — though they were indeed key moments in the narrative of the year. But think about how you reacted to the bombings in Brussels and the lorry hijackings in Nice and Berlin. They were in European cities, barely a few hundred miles from home, yet none felt particularly shocking. I remember sitting in the Breakfast newsroom during my BBC work-experience placement, realising that the ‘story’ of those tragedies had almost become repetitive. Maybe terror has become the new norm.

Consider too the continuing conveyor of celebrity corpses. In a fame-obsessed world, we cling to our idols; when their lights go out, we miss them. This year, the BBC News app brought notifications of each famous person’s death, and by October I feared the next update would be the headline: ‘Queen Elizabeth II dies aged 90, Buckingham Palace confirms’.

Thankfully not. I suspect that the demise of the Queen – and the subsequent fallout over her succession – would have been too much for public opinion to bear. Mike Bartlett’s play King Charles III, which I saw again this year in Sheffield, imagines such a post-Elizabethan age. When Prince Harry sneaks off to a kebab shop late one night, the owner tells him how the outbreaks of rampant rioting are the direct result of his grandmother’s death: she was the only thing holding the country together. I am convinced that, lèse-majesté characterisation aside, Bartlett’s script offers some accurate foresight to the conundrum of the monarchy’s future role.

In the meantime, with the Queen now 90 and growing in popularity, she is a rare constant amid turbulent times. Oh, as is the fickle weather, which almost rained off the Patrons’ Lunch on the Mall, meant to be the centrepiece of Her Majesty’s birthday celebrations in June.

As last year, I’m afraid my video review of the year is a little late — Lord knows why, as I’ve now spent so long working on it that I’m sick to death of its crass metaphors. I talk too quickly and, in places, not as poetically as I might have hoped… but, honestly, you try condensing the year into just four minutes.

Thank heavens for Eurovision, without which the film would have no soundtrack: if it sounds familiar, the music is the instrumental version of our UK entrants’ anthem You’re Not Alone.

Thank heavens, too, for dear Kristen, who sat with me on New Year’s Eve in a vain attempt to get it finished before midnight.

Filming took place in Stratford-upon-Avon, and my wonderful friend Jake drove the two of us there especially on 20 December. We very nearly shot it in Dover, but then I remembered Stratford had a better High Street for some last-minute Christmas shopping afterwards. Also, my early vision for sweeping shots of windswept White Cliffs would have been an impossibility, as I don’t (yet) own a drone. I’ll save that idea for another year.

In the meantime, here’s my video review of 2016. Particular thanks to Phil Saunders, Julie Nagiel, and Josh Kaplan, whose expectant messages – wondering when it was going to be published – got me over the finish-line. Enjoy.