A hundred days ago, on the steps of Sheffield’s neo-classical City Hall, four women – all now in their nineties – unveiled a sculpture commemorating the city’s female munitions workers. 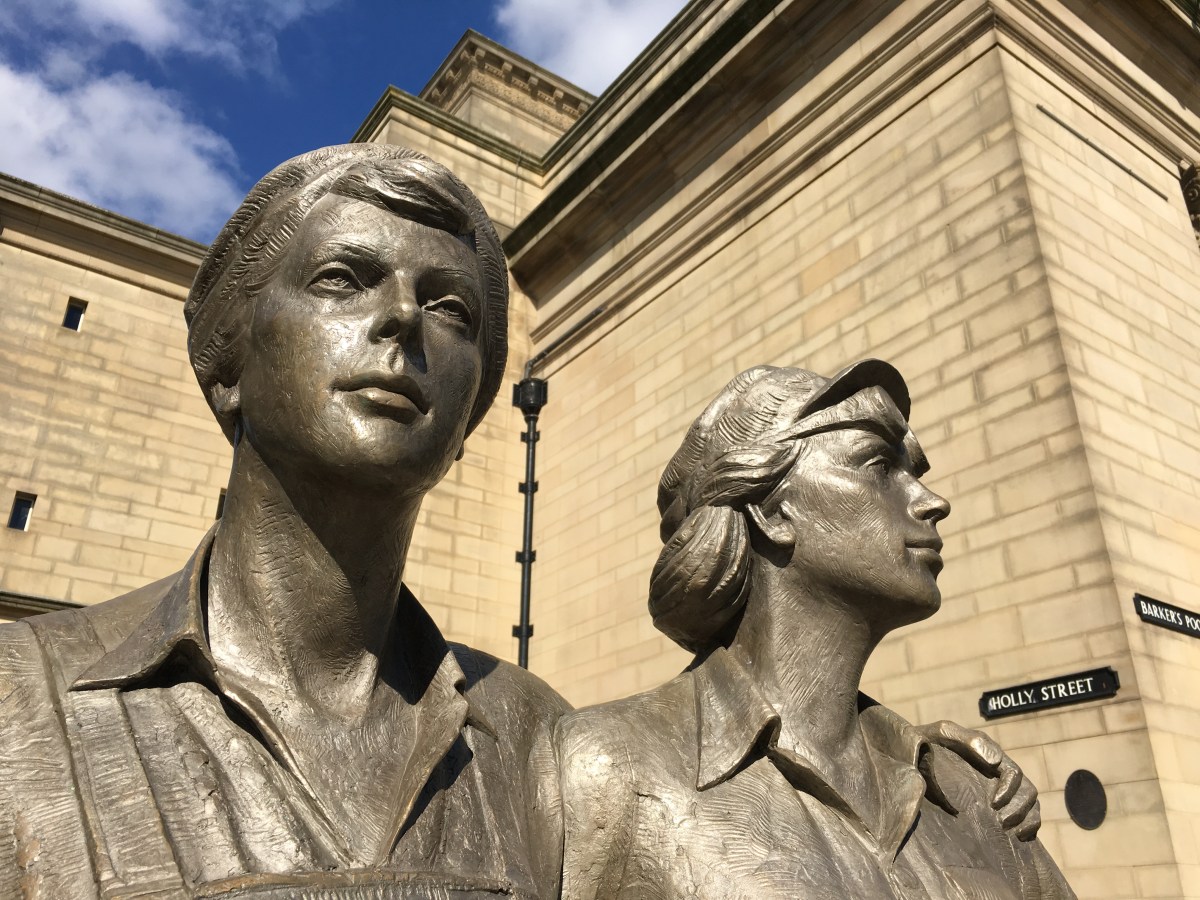 It was these ‘Women of Steel’ who helped run the mills and factories during the Second World War; who kept the production lines going, to supply bombs and bullets to the boys fighting on foreign shores.

But some of the men stayed back, banned from military enlistment by the importance of their ‘reserved occupations’. Among them, the four friends at the heart of Operation Crucible.

“To war like, I would’ve gone.”
“But what we were doing here were just as important.” 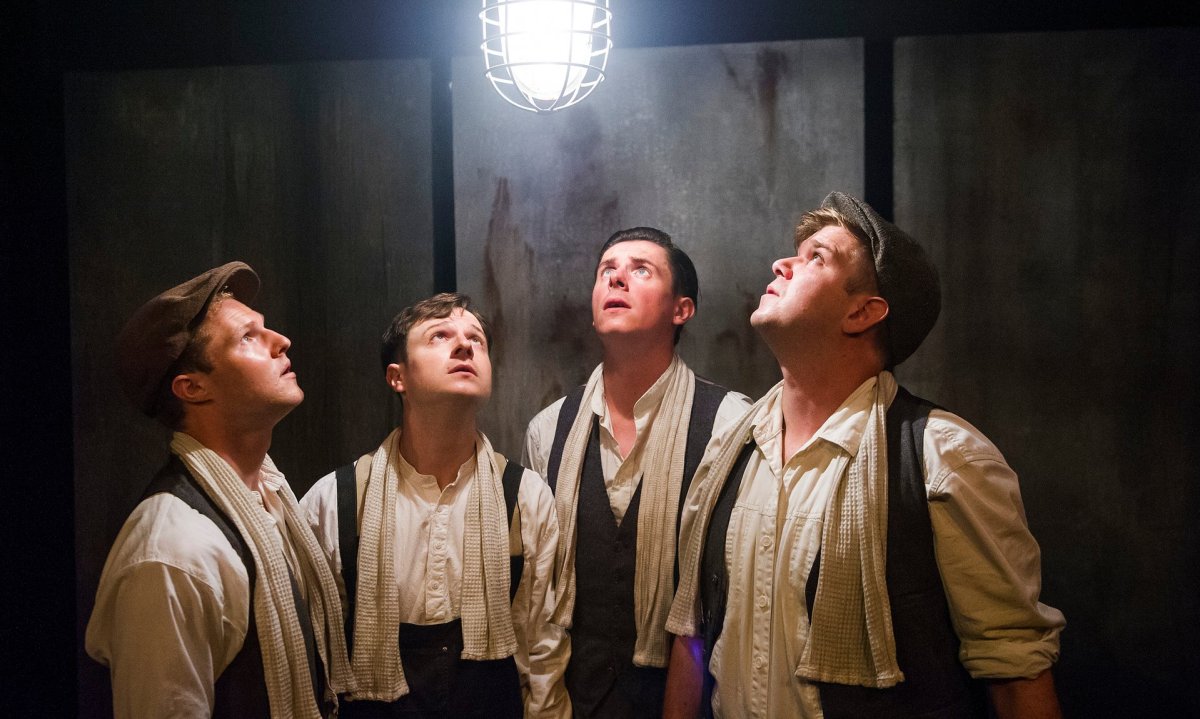 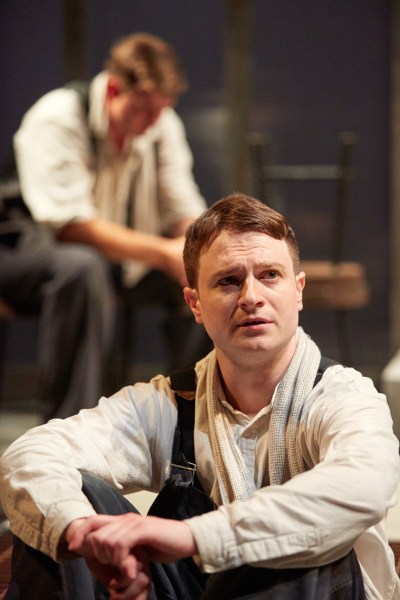 Narrated at a lively pace, the ensemble cast take us through their daily work routines, inviting us in to their tight-knit camaraderie. We see the joshing initiation exercises and laugh at the dim-witted Bob (Salvatore D’Aquila): “I’m not stupid, just an apprentice”, he tells himself with perfect comic timing.

We share in Phil’s (Paul Tinto) concerns for his wife and baby son, and can empathise with his fears for their safety when we’re plunged into a disorientating darkness. As the Luftwaffe’s incendiary rain begins, and with Phil’s family on the other side of the city, we hope beyond hope that they make it safely to the air-raid shelter in the city centre. Yet by the end of the play, a cruel irony makes us, and Phil himself, feel like killers: “My son died instantly. So too my wife. And the shelter in the back garden didn’t have a scratch on it.”.

Arthur (James Wallwork) opens the play with a short monologue that has the audience hanging on every word. “I’m running and I see smoke rising over t’ city. The light’s blinding but it’s not bright, just grey.” The speech is repeated towards the end of the show, giving cohesion to the work. 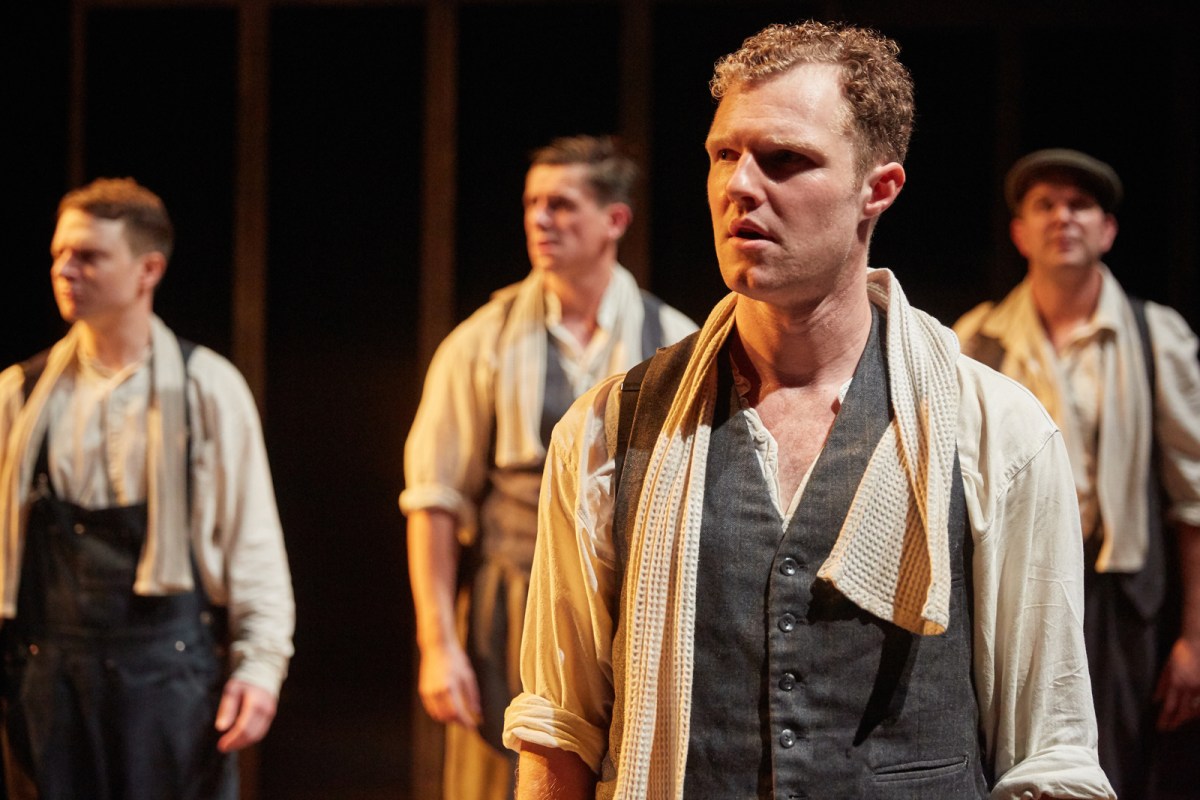 The script is the playwriting debut of Kieran Knowles, who also stars in this production as the loveable Tommy. A natural storyteller with a James Corden-esque warmth, it is all the more sobering when his character reflects on his father’s war efforts at the Somme. A hundred years on this summer, it is heartbreaking to hear the heroics from the (albeit imagined) perspective of someone only a generation on.

Only very brief mention is made of the Women of Steel, and naturally only through the young men’s eyes. When Tommy mentions a brief interaction with Alice, one of the girls on the ‘shop floor’, his coworkers identify her as “Nice arse Alice”, “Brown hair”, “Tits”.

Later, during an episode in which “scrawny” Bob is required to work with the women for the day, Tommy delights in recounting how one remarked: “He dun’t look like he’s got any muscles does he girls?”.

They are nice nods to their female colleagues, but the play is, really, about the four men to whom we grow so close over the pacy 75 minutes. In that sense it joins a tradition of similar war works with predominately- or all-male casts: Journey’s End, Peace In Our Time, even Blackadder.

It was surprising to learn that Operation Crucible premiered in a Chelsea playhouse — with its thematic Wednesday / United football rivalry, the references to the “hills near Crookes”, and well-captured dialect, it feels tailored to a local audience. Moreover, it is superbly suited to the tight space of The Crucible theatre’s Studio stage, where every drop of furnace sweat can be seen; every eardrum-bursting bang of worked-metal heard.

They are, in the closing words of Arthur, “Four lads who made magic from steel”. 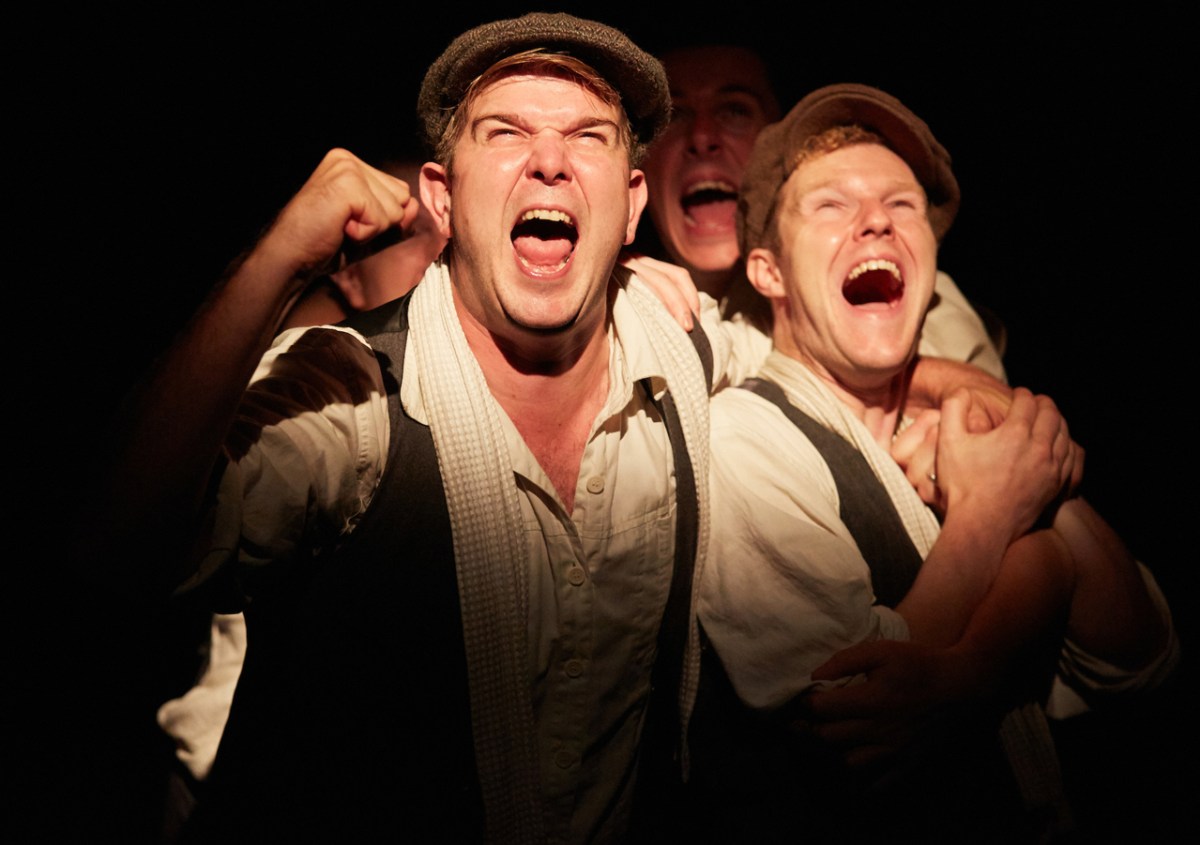