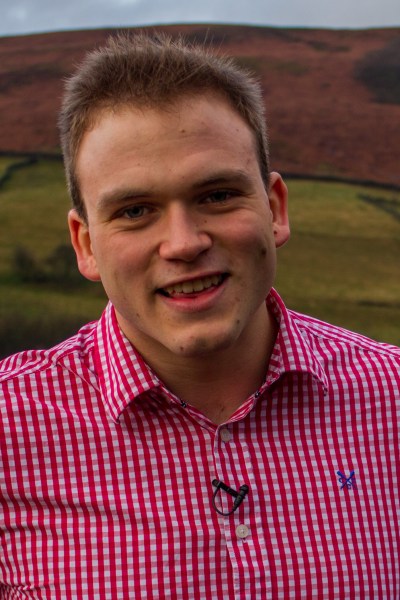 Andrew Burdett at the Ladybower Reservoir, once a scene of “huge change”.

In the past, my video reviews of each year have been quietly posted online at some point on New Year’s Eve, when everyone is too drunk to take any notice of them, and anyway too busy partying to even consider sitting down and watching them. They were always produced entirely for my own purposes: an annual visual record of my personal history, with a nod to some of the key news stories that dominated the year, created entirely for the sake of posterity — and as an enjoyable distraction from whatever work I ought to be doing.

Things were slightly different this year.

For one thing, putting it together certainly felt a lot less enjoyable. A hard-drive failed in late-June last year, and at the time I feared for the existence of all of my photos and recent video projects. Fortunately, my own back-ups enabled me to get back a lot of the data that I thought I had lost — but, despite sending the original drive to a local recovery agency (who promised to be able to retrieve 99.9% of the data), a significant amount of the information that was retrieved was in fact corrupt. We are still fighting to get a refund on the huge upfront cost of what we consider to have been an unsuccessful recovery.

The corrupted hard-drive meant some of the raw footage from the year was unusable. Initially, I resorted instead to using clips from the actual finished edits — but, because of my production workflow, most films I make now export straight to YouTube rather than to a *.mov file first. Eventually, I managed to source all of the short video clips I needed, but it was one additional hassle I could have done without.

Other complications arose from simply leaving it to the last minute. Although I’d shot all of the scenes at Ladybower two weeks in advance, a busy Christmas period meant I didn’t start work on the edit until 30 December. That, theoretically, should have been fine: no work began on 2013’s film until New Year’s Eve itself. But, for whatever reason, progress was slow this year.

I guess one difference is that both in 2013 and in 2014, I worked on the edit right up until 10pm or so, leaving for parties only right at the last minute. This year, as I was going to a gathering with company, that wasn’t an option. By three o’clock on New Year’s Eve, with only half of the voiceover recorded and with the news photography still yet to be sourced, it became pretty clear that I wasn’t going to have it signed off by 5pm as I had wished. If I’d had another couple of hours, I could have done it, but that wouldn’t have been fair on Kristen.

Rather than try to get it together for New Year’s Day afternoon, I postponed it to the weekend. On the Sunday (3 January), my great aunt was due to come for lunch, and I thought it would be a good way to round off the afternoon. I therefore foolishly announced that it would be up by 5:00pm that day. It was finished by then, but a repeated error in encoding for YouTube prevented it from going live as advertised.

Finally, on Monday I learned that there had been a copyright issue with my choice of music, an instrumental version of Coldplay’s Adventure of a Lifetime. It’s a great track, and was perfect for this video: fresh and current, upbeat and bright, whilst also having a suitable middle section over which I could talk about the year’s (largely depressing) news stories. Most artists, through their labels, have a relationship with YouTube whereby videos can use copyrighted music but any revenue earned from ads goes to them, not the video creator. That generally works well (it’s how I used Take That’s These Days last time) and Coldplay are among the major artists whose work can be used in this way. However, none of the tracks from their newest album, A Head Full of Dreams, are part of this deal yet. No doubt in due time they themselves will be whitelisted, but until then the original upload of my video was left muted.

Consequently, I have resorted to the other track that was on my shortlist for use in this video: Beaches by indie band Gone in the Sun. The reason I didn’t ultimately favour it is that it’s a little more downbeat than Adventure — but, having looped certain phrases in the song and tweaked the video slightly to fit, it’s a surprisingly good substitute. I’m surprised at how similar its composition is to the Coldplay track, right down to choruses of ‘woos’ from the backing vocals, and that middle section I mentioned (perfect for discussing the people who died this year).

Here we are, then. After much hassle and difficulty, at last it’s finished and uploaded. You’ve seen Charlie Brooker’s take on 2015, now here’s mine. Enjoy.

Personal highlights from 2015, featured in the film

News events of 2015, featured in the film