Over the last twelve months, I’ve quietly been involved with a programme designed to increase young people’s involvement with the mechanics of The Scout Association (TSA). At a higher level, this is already under way with the creation of a Youth Commissioner role (fulfilled by Hannah Kentish), supported by two deputies.

More locally, though, it’s unclear how best this laudable notion, of promoting a youth-led ‘Youth Shaped’ agenda, should proceed. After both the previous meetings of the fledgling county Youth Forum group, I’d gone away with a helpless feeling that, for all the hot air generated, little in the way of meaningful results had been achieved.

Perhaps, though, I was turning up to these meetings with a negative mindset; my hunch being that this time and energy was being expended without anyone quite grasping what it was that we ought to be doing. I also had an insuppressible belief that our youth movement already aches with youth input. If it didn’t — if its programme weren’t built around the activities that young people actually want to do — its membership wouldn’t be continuing to grow as it is.

So last month, a friend and I went to a Berkshire Scouts-led regatta speaking to Scouts, their leaders, and parents, wondering how much a voice they already feel they have on the group. 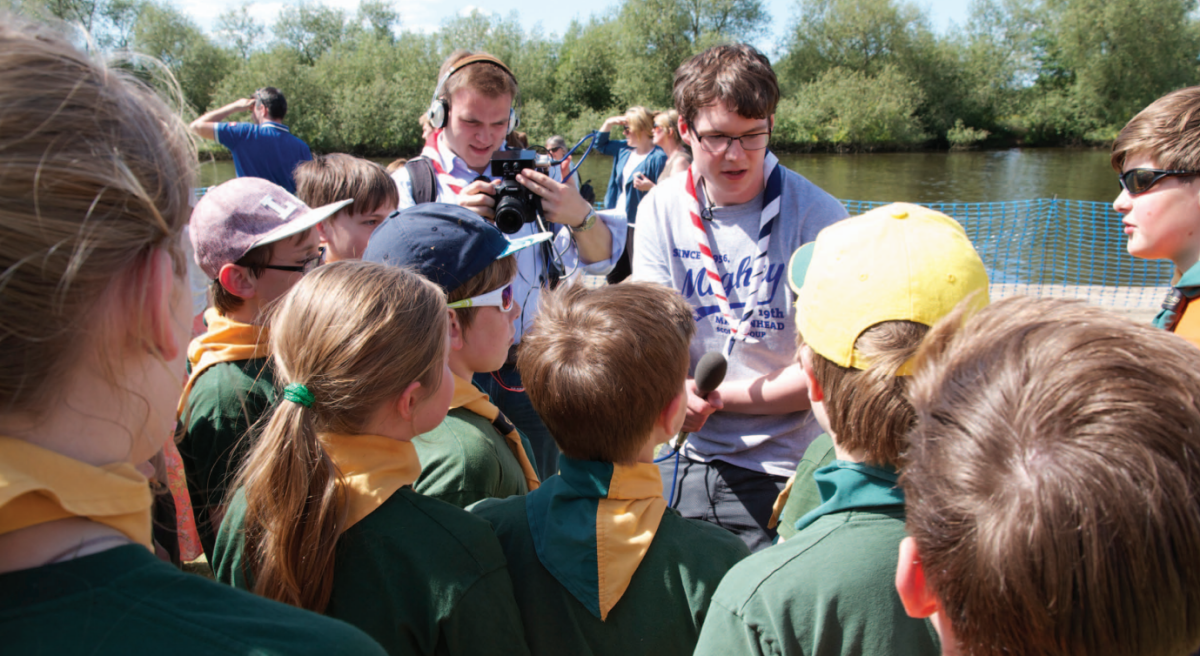 A quick note on the technicals of this video: Loz wore a Sennheiser radio-mic fed into one channel of the video soundtrack; the other channel (we recorded in stereo) took a feed from the interview mic he held. To be honest, the mic itself wasn’t best suited for the circumstances (it’s really for capturing one voice at a time, not for picking up a load of kids shouting out different things simultaneously), and Loz’s holding of the microphone wasn’t ideal (it was, I’ll be honest, a little too far away from the voices to deliver perfect sound). But using the internal camera mic as a sound source was no option: with cheering supporters and a far-reaching tannoy system, there was just too much background noise, which would all have been picked up on the omni-directional mic.

This is not my finest production. It was not supposed to be. It was made simply as an aide to our Youth Forum meetings — and, whether coincidence or not, I genuinely feel that tonight’s meeting, which opened with the showing of this very vox-pops film, felt a lot more focussed that past sessions. 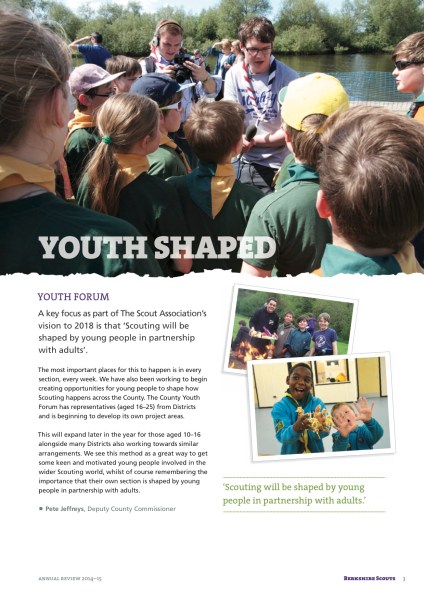 From the Berkshire Scouts Annual Review document (available here as a PDF):

“A key focus as part of The Scout Association’s vision to 2018 is that ‘Scouting will be shaped by young people in partnership with adults’.

The most important places for this to happen is in every section, every week. We have also been working to begin creating opportunities for young people to shape how Scouting happens across the County. The County Youth Forum has representatives (aged 16–25) from Districts and is beginning to develop its own project areas.

This will expand later in the year for those aged 10–16 alongside many Districts also working towards similar arrangements. We see this method as a great way to get some keen and motivated young people involved in the wider Scouting world, whilst of course remembering the importance that their own section is shaped by young people in partnership with adults.”