Evensong is easily my favourite of all liturgies. I enjoy the opportunity for reflection in its readings, I love the tradition of its music… and find that such services have the added advantage of generally being quite short.

For the past five years, I’ve been lucky enough to sing Evensong annually (missing only 2012’s) at St George’s Chapel, Windsor, with my choir. Sadly, a rule-change last year decreed that no guest choir was to bring more than 40 singers; I was understandably thrilled, then, when the choir’s director, Gillian Dibden, invited me to be part of that number. “Yes, please,” I wrote back in haste, “it would be an honour to attend this ‘one last time’!”. I was utterly charmed by her reply: “Marvellous – but don’t say sad things like that – I shall weep!”

In actual fact, things turned out slightly differently. My gap year (plans for which were drawn up a couple of months after that February 2014 email exchange) has meant that I’ve been able to remain in the choir for one more year than I ever imagined. For that, I’m eternally grateful; all the more so for the fact that I was again invited to sing at this year’s St George’s Chapel service.

Following the whole choir’s ‘dry-run’ at St Nicholas’s Church, Taplow, on Sunday, our reduced ensemble met at King Henry VIII gate at 4 o’clock. I’d driven straight from the junior school at which I work, picking up Jay en-route, then hot-footing it from the Windsor Leisure Centre car-park to the castle. Talking to some of the other choir members as we awaited security clearance, I discovered that this was to be the final performance, of any type, for several choir members. I already knew that Ben was unable to sing at the 27 June St Luke’s concert, but learnt that Ellie and Meghan shan’t be there either.

This evening’s service featured J Camidge Jnr’s setting of Psalm 111 and, as its anthem, Mendelssohn’s I Waited for the Lord. The Magnificat and Nunc Dimittis were taken from T Tertius Noble’s Canticles in D Minor, while the Preces and Responses were by William Smith (edited by Watkins Shaw).

This afternoon, I sang Evensong at St George's Chapel (Windsor Castle) with #TaplowYouthChoir for the last time. Sad. pic.twitter.com/MctrqZ0dsg

During the service, I spotted James Wilder (one of the members of staff on our recent tour of the Czech Republic) out of the corner of my eye. He’d rushed to Windsor from LVS Ascot, where he is Master-in-Charge of Singing & Choral Music, so that he could hear us give tonight’s Evensong service. Although he was due back at the school later to resume his Residential Boarding Tutor duties, he had time to take a picture of our choir leavers clan and then joined us for a quick drink at The King and Castle.

The party remained at the pub for several hours, but after a chilli dinner I too had to leave: I had a meeting in Wokingham to attend, beginning at 8:00pm. Navigating to it was to be my first bit of serious driving since passing my test, so I’d intended to leave plenty of time to get there. As it happened, I pushed my luck a bit, stayed out twenty minutes longer than I should have, and (because I had to refuel the car en-route) I was a little late for the meeting. But that was a small price to pay for the opportunity to spend yet more time with my beloved Taplow family. 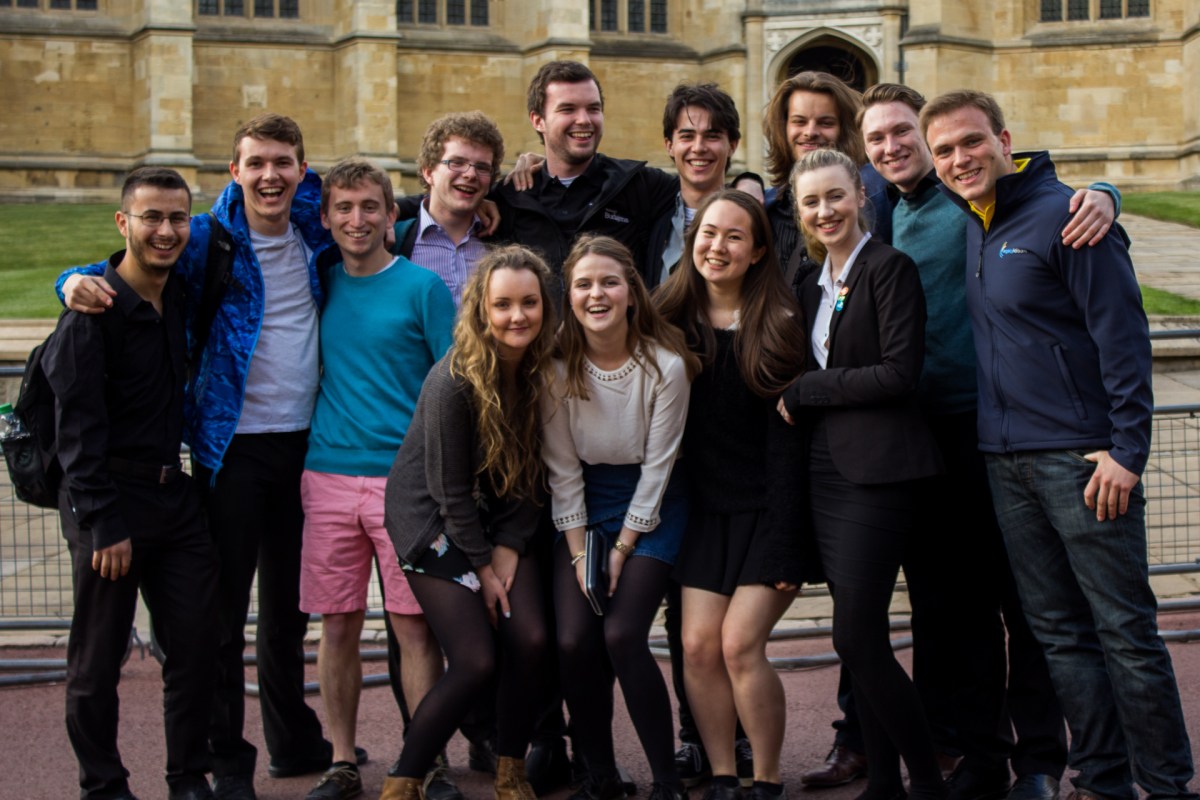