Andrew Burdett, just back from a choir tour of South Bohemia and Prague, reflects on the beginning of the end of his Taplow Youth Choir membership. 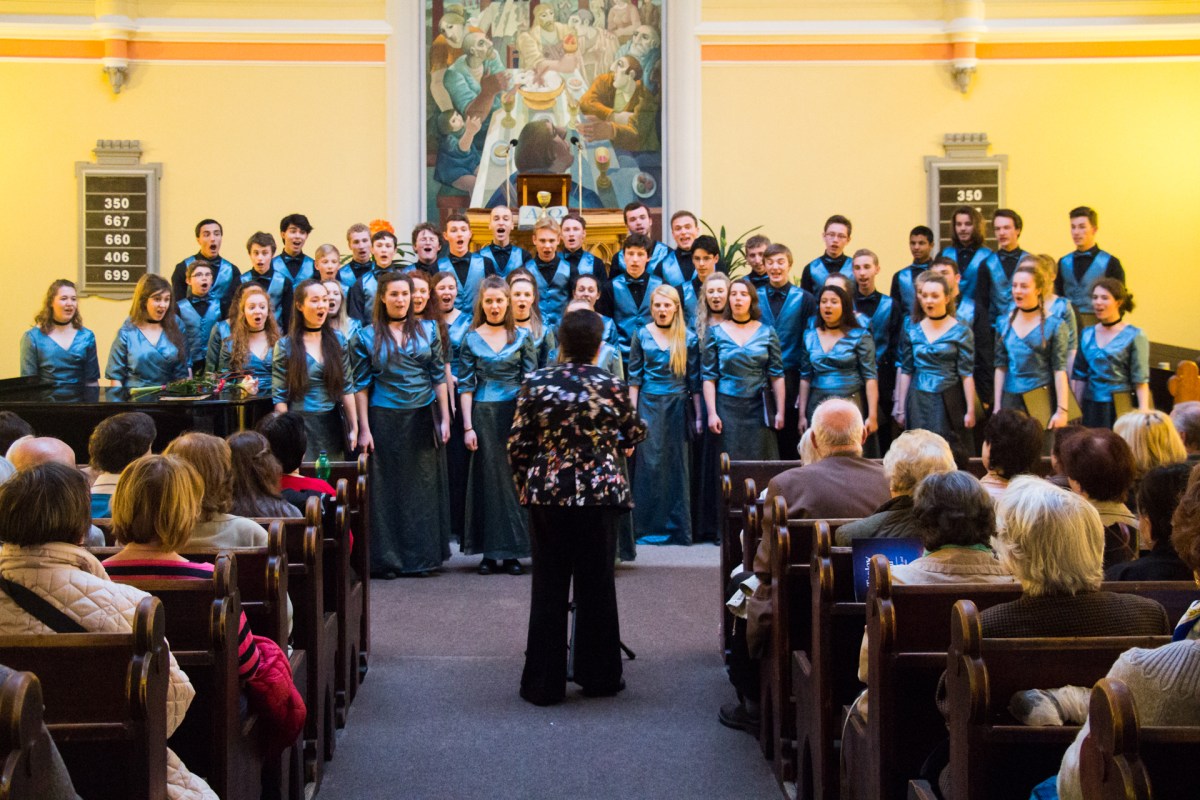 Taplow Youth Choir in concert at the Korunni Chapel in Prague, the last stop on their week-long tour of the Czech Republic.
[PHOTO: James Wilder / FILE: LRxprt-IMG_4515]

Yesterday evening, a concert in the Korruni Chapel in Prague brought the curtain down on another happy Taplow Youth Choir tour. Leaving the venue, having collected my bag and possessions, I stepped aside from the main party and had a moment alone. For probably the first and only time of the tour, I was silent. I wasn’t really aware of being in a particularly pensive state, until my quiet contemplation was broken by James, one of the staff accompanying our trip, asking if I was feeling alright.

He had little trouble in relating. A former Taplow member himself, he understood my pang of emptiness. “It gets to you”, he explained comfortingly. “You spend so much time with so many special people, and so soon it is all over.”

His words are not just true of participating in a tour, but also more simply of choir membership itself. Yes: over the last seven days we’ve covered hundreds of miles, stayed in two hotels, and given five fairly high-quality performances. But over the last five years, as a member of the Youth Choir, I’ve achieved far more: I’ve sung across Europe, in venues ranging from the Royal Albert Hall to St Mark’s Basilica in Venice. Most obviously, though, I have met and befriended dozens of incredible people, a handful of whom I know will remain friends for life.

Perhaps my sorrow was heightened by the realisation that yesterday’s concert was my dear friend Ben Perkins’s last. His company has been a source of eternal delight; a raison d’être for my prolonged membership of the Youth Choir. I remember my great joy when I heard that he, like I, was to take a gap year. Very shortly afterwards, our group of would-be ‘Year 14’ boys jointly agreed to stay on for one more year in the choir. Ben is affable, charming, and kind. Ever since an incident involving an acutely-sharpened pencil meeting with his bottom, he has found himself the butt of many a joke, but also (almost solely) responsible for the ever-present murmur of laughter from the back-row of basses. I shall sorely miss his presence over my final few months in Taplow.

Coffee with my bearded beloved. #TYCTour

This has been the finest of years. Short breaks in rehearsals have been enlivened with brief jaunts to the pub across the village green; long choir practices have been crowned with drinks at the Bear. We have supported each other in shows and concerts, and our so-called gang of ‘TYC Lads’ is a tight unit. 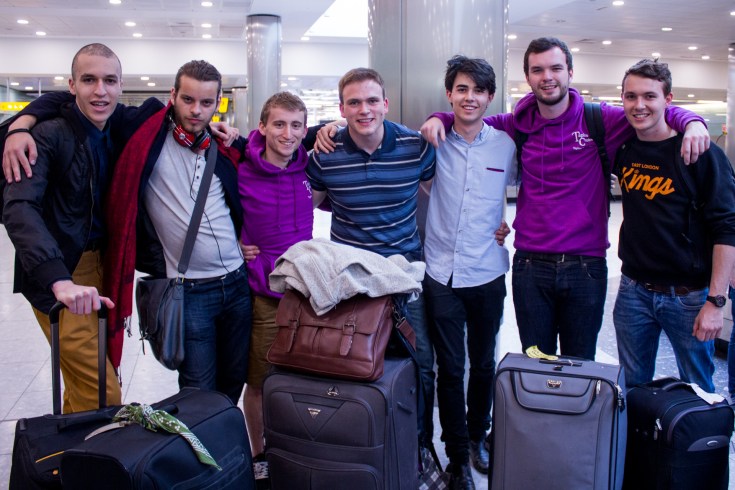 I have also enjoyed the company of the female members of the choir, especially over this Tour week. Spending a good deal of social time with them, something impossible in the busyness and focus of our usual two-and-a-half-hour rehearsals, I have been stunned by their sheer brilliance, intelligence, and creativity. Kristen‘s encyclopedic knowledge of respiratory systems (among all manner of other anatomical functions) does not belie her easy nature. Sophie‘s ability and enthusiasm for language-learning was superbly demonstrated by  her Czech translation during our final concert. Meghan and Ellie have proven themselves as excellent midnight party hosts. And, it goes without saying, I never cease to be staggered by Stephanie‘s exquisite voice. There are others, of course, whose talents are too numerous and wide-ranging to mention individually.

No one has served longer as a Taplow Choirs member than me. Since joining the Boys’ Choir at its formation in 2004, I have spent more than a decade under the overarching baton of Gillian Dibden. In that time, no doubt she has mellowed in her attitude towards me. Once, my light-hearted approach to the finer points of music-making was met with a steely glare; now, as I have grown older and more mature (as well as a little more musically-minded) she and I get on really rather well. Gillian is the binding force in an organisation which has given me so many exuberant moments — I count myself as very lucky to have enjoyed three Youth Choir tours, not least because most members only get to go on one.

How to sum up all those memories, then?

Such was the dilemma I faced yesterday lunchtime, when with Steph and Ben de Souza I sat down to write the lyrics for the traditional Leavers’ Song adaptation of a Youth Choir classic. Until that point, I’d assumed we’d use as our basis the romantic That Lovely Weekend, currently in the repertoire as a Male Voices piece. However, Ben’s suggestion to use The Road Home (an SATB arrangement of the classic American hymn tune Prospect), along with his contribution of a strong first line, changed my mind completely. It was the perfect song for the job.

The words came very easily. As is the custom, there were jokes about the tour mixed with more reflective lyrics about leaving the choir. The late-night antics of some members of the choir feature prominently; there’s a reference to one soprano whose knee clicked in the most painful of fashions; and a knowing nod to an alto who, it was noted, has something of a flattering silhouette.

At our first sing-through, somebody cleverly suggested adding Gillian’s choral catchphrases into the “Oooohs”, hence: “Sock it to them, babes”, “Tits and teeth, girls”, “Don’t waste rehearsal time”, and “Where is your pencil?”. To end, we wanted something to communicate our love and appreciation of our director, but “We love Gilly D” (one suggestion) didn’t quite do her justice. Instead, I insisted on a meltingly direct: “Gillian, we love you”.

I am very proud of our leavers’ song, which Gillian described as the “best ever”. However, I do not suppose to take any undue credit for it: it is really the joint work of all Taplow’s Year 13s and Gap Year students. Without them, there may have been no grand adventures to sing about in the first place.