For so long now, I have seen my friends racing ahead. They, with their full driving licences, have long since run their first town errands; taken their first motorway road trips; and even had their first bumps and accidents. All with me yet to take my test.

I think part of the reason for my apparent sluggishness was the absence of any real incentive to ‘just get on with it’. As I was in the younger half of my school year group, I was never going to claim the gong for being the first of my peers to pass. Then, when I eventually did turn 17 in the April of AS-Levels (2013), the oncoming tide of May exams stopped me from jumping into the driving seat at what would have been the first legal opportunity. It wasn’t that I wasn’t keen — I was: just a couple of hours after my final Year 12 assessments, I finally got behind the wheel for the first time, in what I then described as “just the best fun”. But the busyness of everything (the long and adventure-packed summer, the additional drain on my time that came with being Head Boy, and ultimately the preparations for my A Levels) meant my driving lessons were intermittent. I’d have two or three in the space of a fortnight, then let months slip by before booking another.

By the end of September 2014, safely settled into my new Teaching Assistant job, I knew there was no reason to delay it further. The sooner it was done, the better. I had a few more lessons with Jackie, my excellent (and long-suffering) instructor, and built up my confidence by driving myself (under Dad’s supervision) on the journeys I’d usually require a lift to. One problem I discovered, though, was that day-to-day I only very rarely have need of my own car. I walk to school. I cycle to Cubs. I’m in a lift-share to my choir rehearsals, and hitch with my friend Jay if we ever go out together. Nonetheless, for when the time comes that my life ceases to exist within its current narrow geographical triangle, I knew I’ll need a full licence. (That is, of course, until driverless cars are the accepted norm; something that, at the present rate of progress, could well become a reality sooner rather than later.)

Quietly, I booked my Theory test for 2 January — not telling anyone until I’d gone and passed it. I then immediately booked my Practical test for the first available slot outside of term-time: 19 February. Again, the date of the test remained a closely-guarded secret, to save any potential embarrassment when inquisitive friends naturally asked “Did you pass?”, to be greeted with a glum shake of the head.

Last Saturday, I had a meltdown during my last opportunity to practise before today’s test. I’d become used to my instructor’s Fiesta when rehearsing manoeuvres, so was thrown by  the different sight-lines and reference points of our significantly smaller Ka. Maybe the mirrors were out of their usual alignment too. Whatever it was, I just couldn’t do it. Light was fading fast and I was getting nowhere.

I texted my instructor to ask for some advice. She replied – and re-emphasised as she picked me up this afternoon – that “you can always correct it; straighten it if you need to. Ultimately, you can do the manoeuvre: you just need to believe in yourself”. It was exactly what I needed. I recalled her cheery words when out on my test earlier. Half-way through my parallel-park, the stress of assessment (and the blazing air-vents) was making me dream of just giving up. The car hadn’t taken the line I’d wanted it to, and it seemed difficult to rescue it from the position it was now in. But by giving it another go, then eventually tidying it up, I finally managed to sort it out. To my great relief, this shambolic mess was not enough to fail me: instead I picked up two minors.

My other two minors were for undue hesitation (in the first minutes of the test, I wasn’t brave enough to go around a car blocking access to the empty right-hand lane at a set of filtered traffic lights) and for steering (I took a very brazen path right over a mini-roundabout). Other than that, though, nothing.

My driving assessor’s expressionless face gave nothing away. Indeed, looking through the windscreen for clues as we arrived back at the test centre, Jackie was fairly convinced that I must have failed. It therefore came as as much of a surprise to her, as to me, when the examiner announced, in his deadpan voice, “I’m delighted to inform you that you have passed your driving test, Andrew”.

I wasn’t much in the mood for triumphantly driving home: I was exhausted and needed to relax. In truth, I am a fairly confident driver — today wasn’t the best show of that — but I’ve made a personal vow to not take any passengers for the next few weeks, until I’m truly happy on my own.

After that, though, it’s an endless road of possibilities. 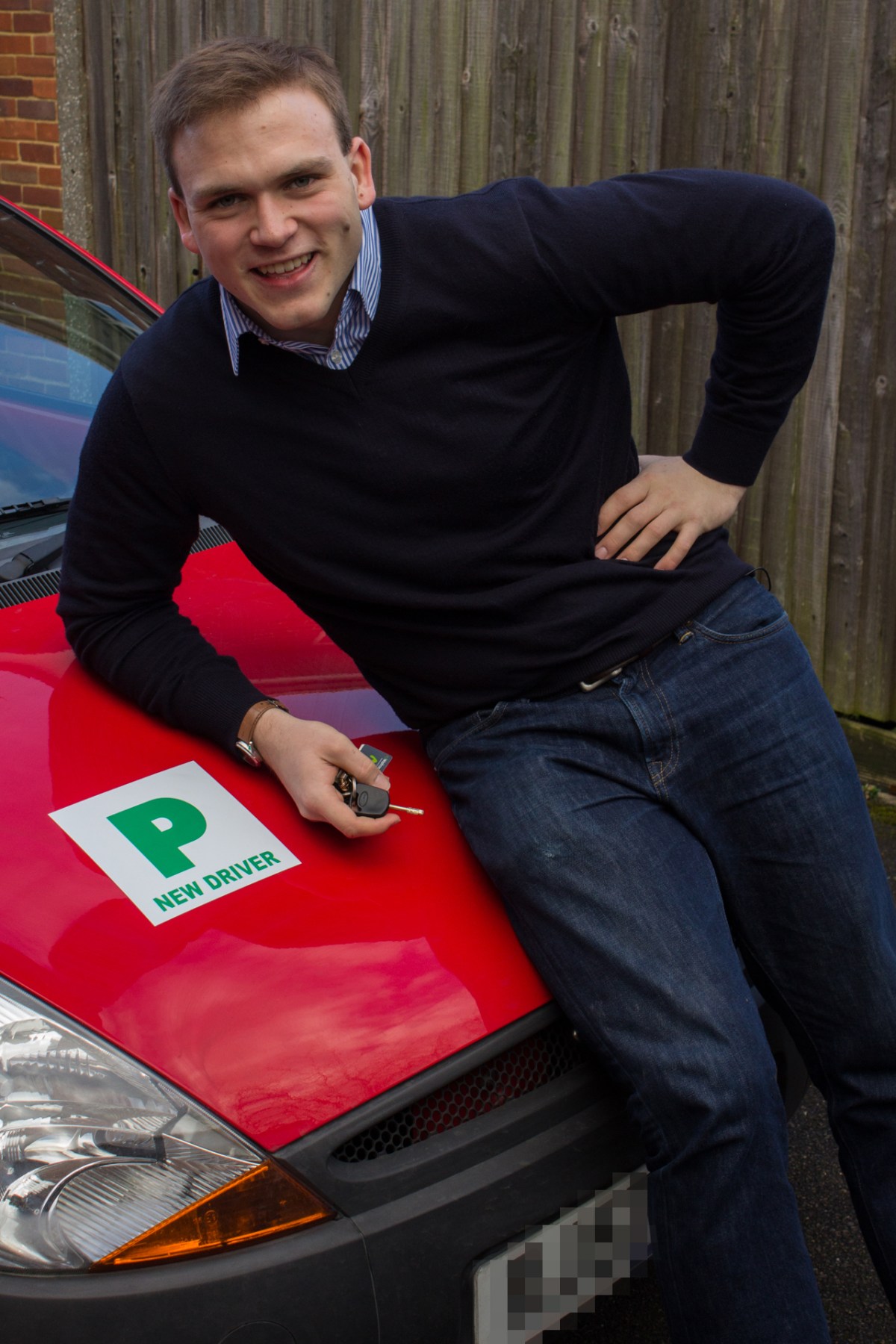 Watch the video in which Andrew announced the news here.
Advertisement