This lunchtime, I was pleased to join Furze Platt, my native Scout group, for their hour-long stint at the Maidenhead Fundrun.

Organised by the Lions Club of Maidenhead, the annual fundraiser works in a similar way to the January Swimarathon event. Teams from local schools, charities, and other organisations are assigned individual lanes at the Braywick Athletics Track, with participants taking turns to complete a half-lap. In the past, I’ve run for St Luke’s and, in 2010, to raise money for my Jamboree adventure when our team comprised only four members. In contrast, today’s relatively strong showing from FPSG meant I didn’t have to contribute quite as many laps as I have done previously.

I was the first of our team to take the baton, and immediately found myself up against strong competition.
[PHOTO: Simon Smith]

Sadly, across the event group involvement was down. I must say I felt sorry, in many ways, for the Lions Club, whose considerable efforts in organising the fundraiser were undermined by this year’s poor participation levels. One of the volunteers to whom I was speaking at the start-line looked distinctly crestfallen: “We’ve only had seven teams enter,” she told me, “so we’re only down here for a couple of hours this time.” Later, another Maidenhead Lions Club member warned my mum that the future of the Fundrun is in question.

That, I think, would be a shame, given all the runners (and their lively supporters) looked to be having a great time. Yes, many of them were only there because they’d been dragged along by pals, parents, or belligerent Scout leaders. But even the lad who, at the beginning of the afternoon, made it quite clear that he’d willingly cheer on others but not actually run himself, broke his steadfast resolution when he saw how much fun the rest of us were having.

Truly: this afternoon, the fun was put into fundraising. I hope we will be able to try beating our team’s 66 laps next September.

Already over £250 has been pledged to the Furze Platt team. If you would like to sponsor Andrew, he would be glad to accept any donation: monies will be split between the Furze Platt Scout Group and the Lions Club’s own charities. 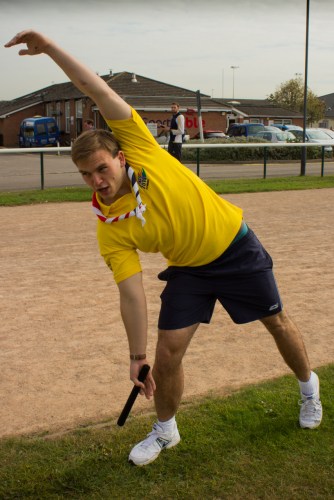 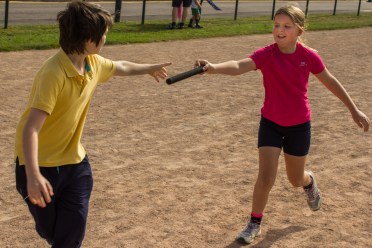 The baton passes from one Scout to another. [PHOTO: © Andrew Burdett 2014] 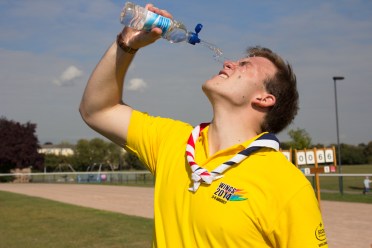 As the sun emerged from behind the clouds, the running became hotter and a cooling squirt of water was much-needed. [PHOTO: Will Doolan] 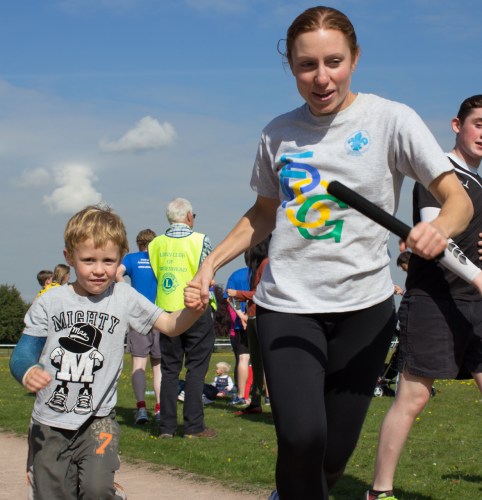 A Beaver Scout with his mum begin their half-lap. [PHOTO: © Andrew Burdett 2014] 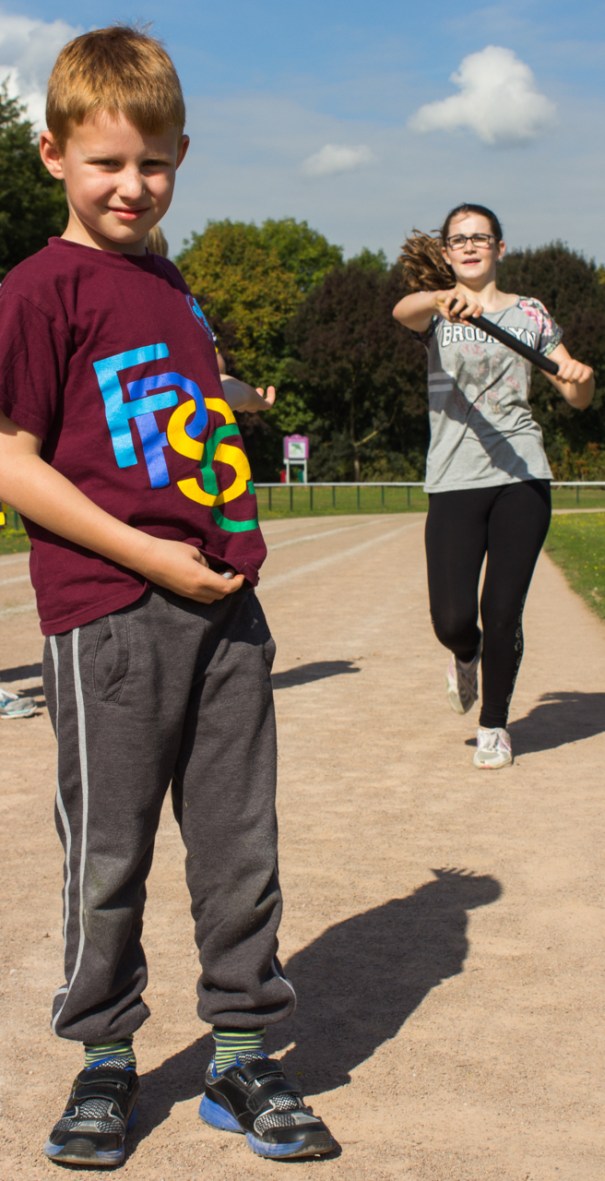 A Furze Platt Scout passes the baton on to a fellow runner. [PHOTO: © Andrew Burdett 2014] 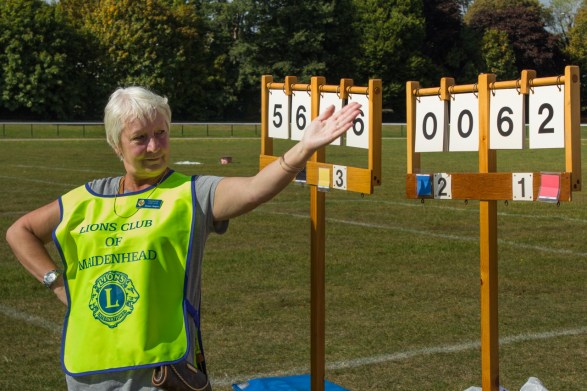 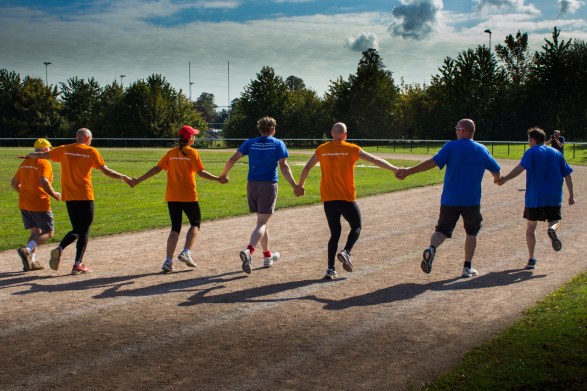 A group of friends, running on behalf of the Mayor’s Charities (Longridge and the Alexander Devine Hospice) set off on their last lap hand-in-hand. [PHOTO: © Andrew Burdett 2014] 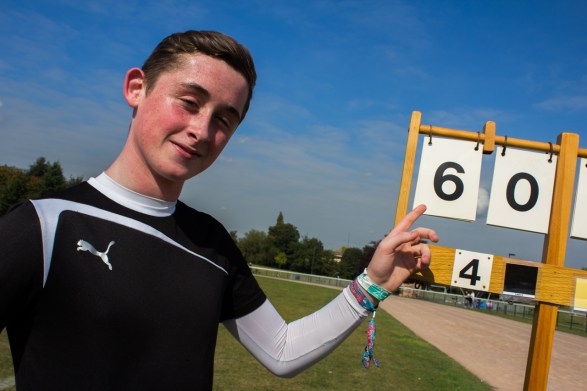 William Doolan was a member of the Furze Platt Scout Group team. We clocked up another six laps before our time was up. [PHOTO: © Andrew Burdett 2014] 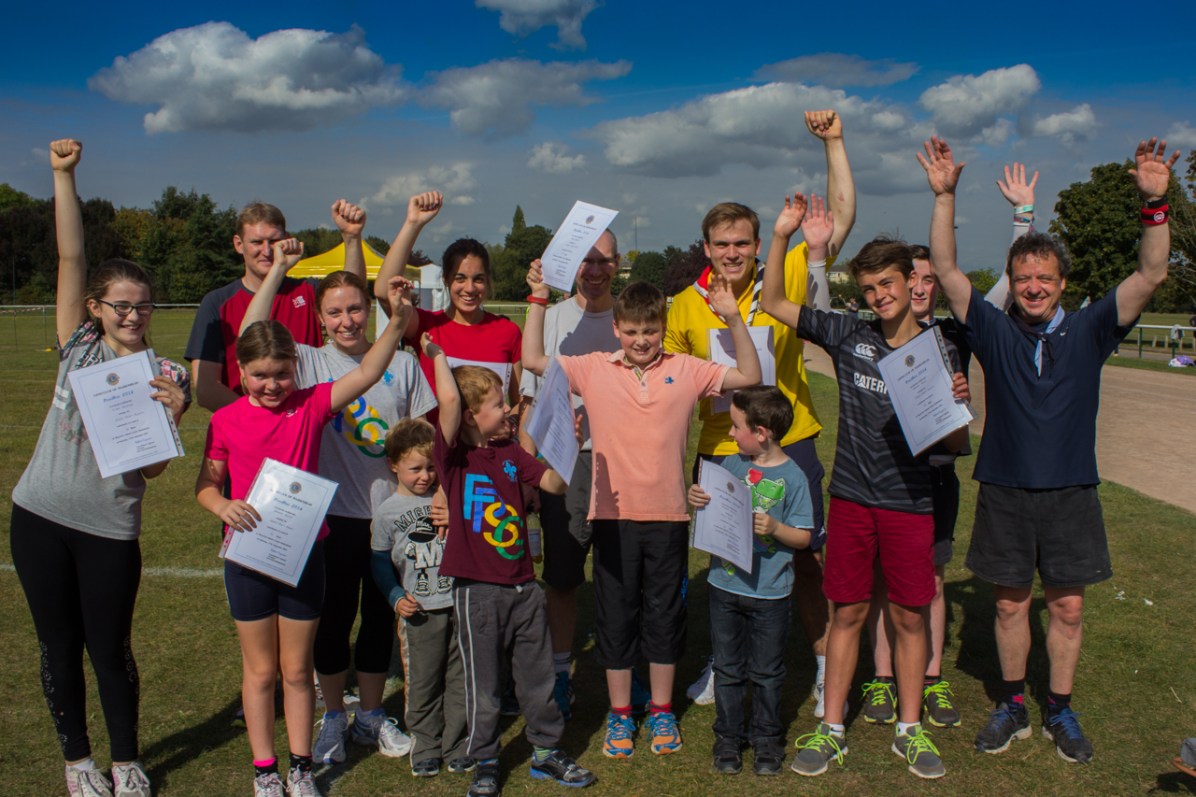 A team photograph of the group who ran this afternoon at the Lions Fundrun. [PHOTO: © Andrew Burdett 2014]
Advertisement