At the St Luke’s Church vicarage, Revd Sally hosted a garden party this afternoon to raise funds for the church. With a glass of Prosecco on arrival, the event had been given a ‘Glitz and Glamour’ theme, and many of the attendees had dressed up for the afternoon.

There was a quiz-sheet to complete for those who wished (answers were revealed towards the end of the afternoon), but I was very happy to just chat with the twenty-odd guests. Having been absent from most Sunday morning Eucharists over the last couple of months, it was nice to be able to catch-up with my church friends, to report back on my recent adventures. Beginning at 3:00pm, tea and sandwiches were served at approximately quarter-to-four, with the cake-stands brought out at 4:30pm. The blue skies faltered only briefly, when a short shower nearly threatened to call the afternoon off early, but it passed quickly and the fine weather resumed until the end of the party at about 5:30pm. 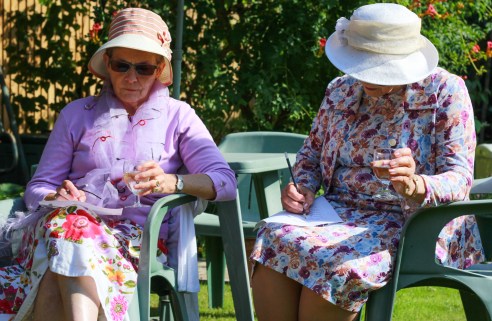 Barabra Essam and another garden party attendee working out answers to the quiz. [PHOTO: © Andrew Burdett 2014] 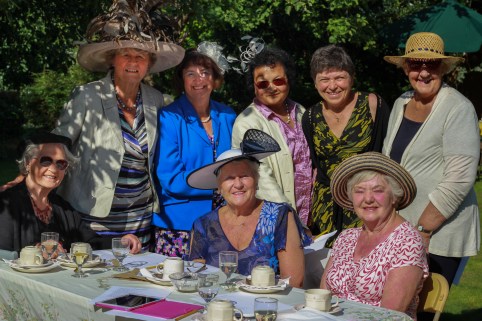 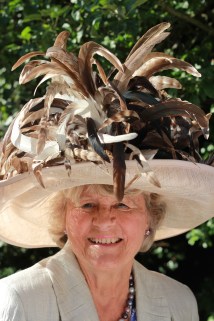 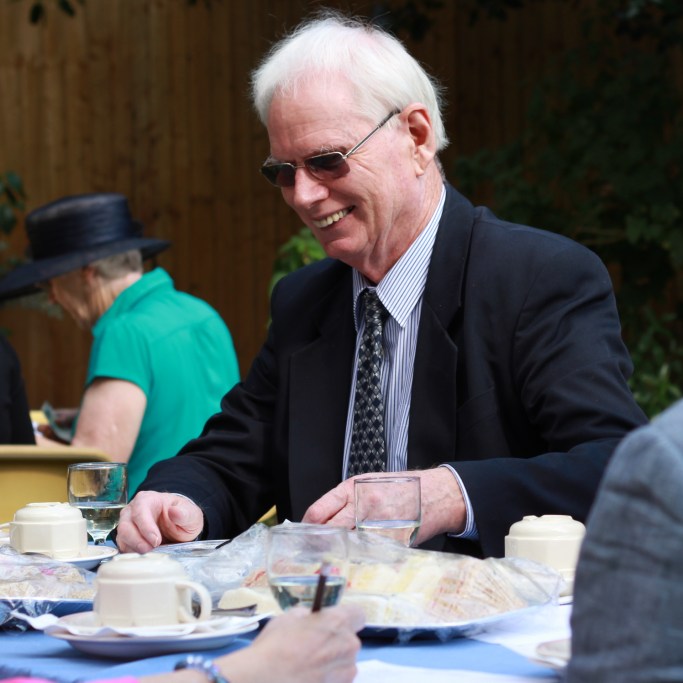 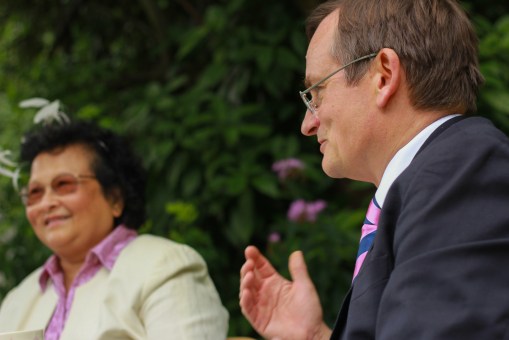 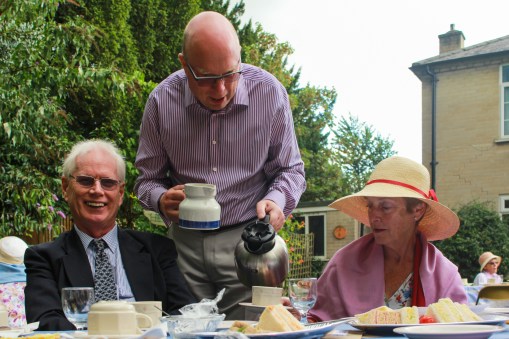 Dave Sopp helped with the serving of coffee after the sandwiches. [PHOTO: © Andrew Burdett 2014] 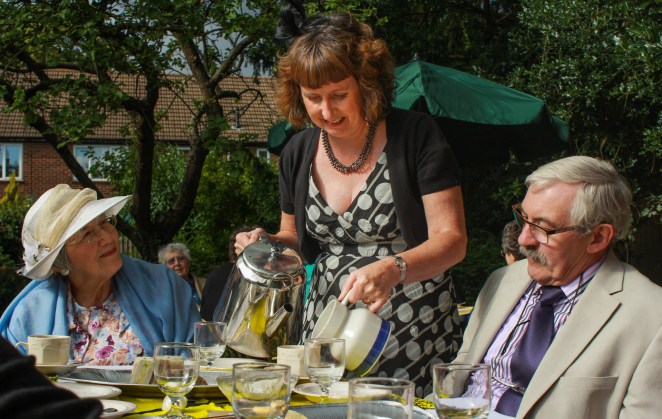 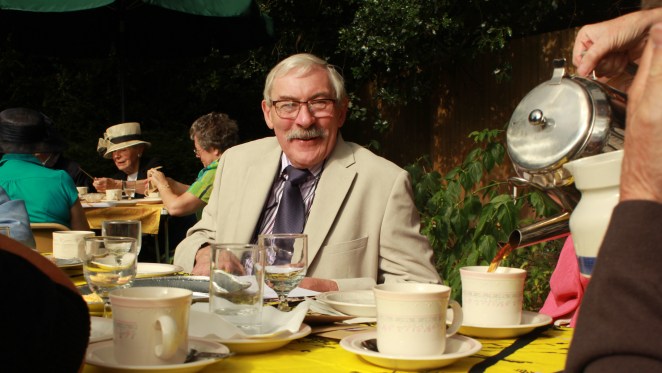 Don Luff was all smiles at the garden party. [PHOTO: © Andrew Burdett 2014] 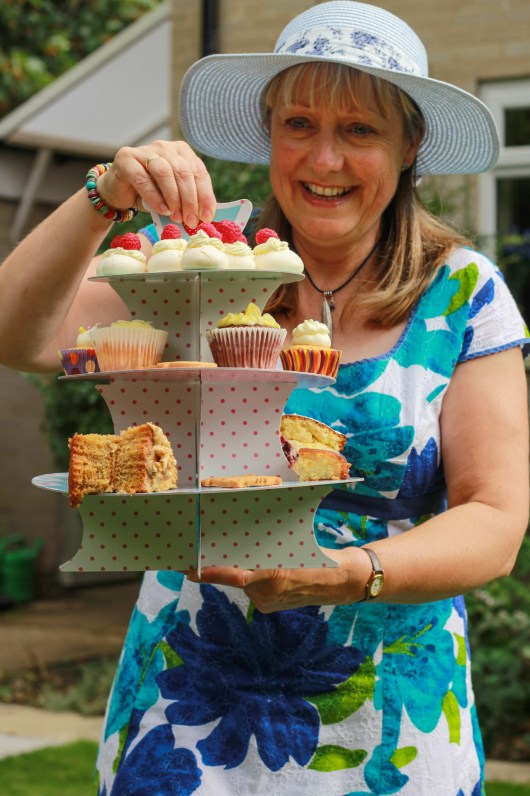 Revd Sally delivering cakes to each of the tables. [PHOTO: © Andrew Burdett 2014] 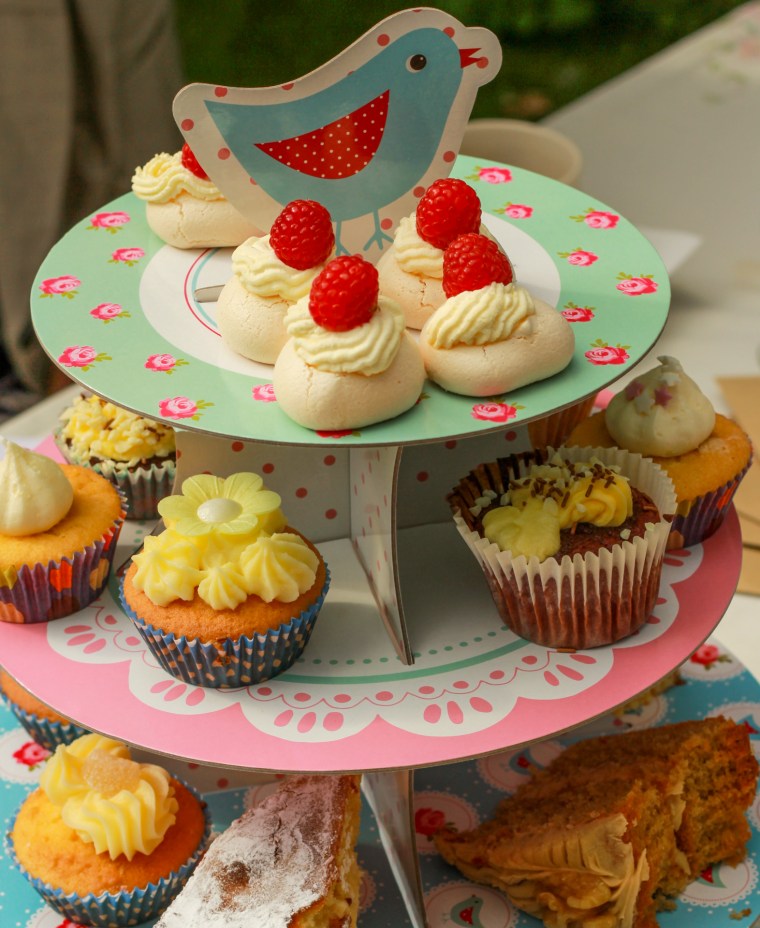 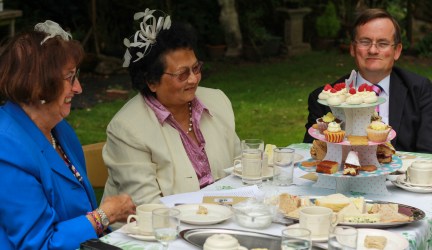 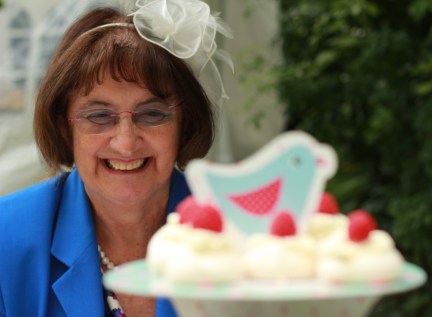 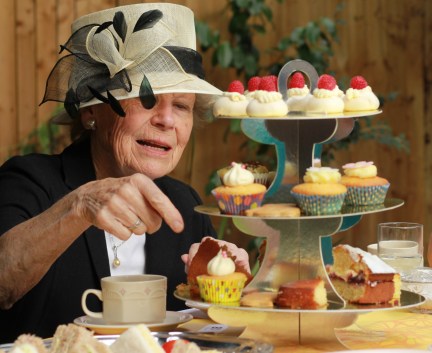 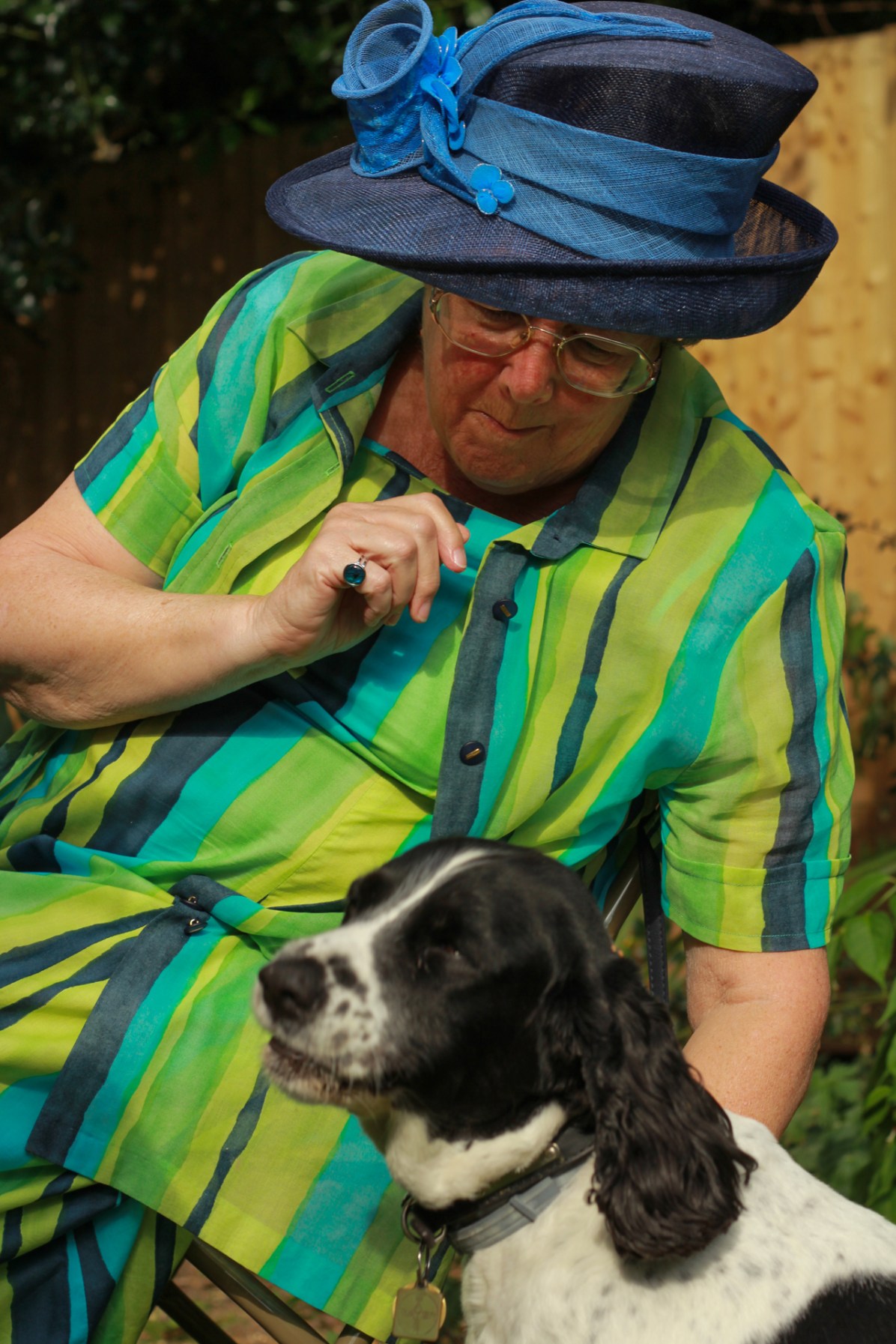