This afternoon, I joined a party from St Luke’s in our latest theatre outing, this time watching a matinee performance of Agatha Christie’s perpetually popular murder-mystery play, The Mousetrap, at Wycombe Swan.

This is the first time that the show has gone on tour in its sixty years, although it continues to play at St Martin’s Theatre in the West End. Famously, it is the world’s longest-running show, recently celebrating its 25,000th performance.

And it’s not hard to see why. It’s totally enthralling, yet the plot is extremely simple and very easy to follow. The classic whodunit has an eight-strong ensemble, of which one, obviously, is the murderer. The teasing question throughout, though, is: whom?! So the nagging questioning begins; ‘if it’s him, why did she say that?’, and ‘how can it be her, given he was with her at the time?’. Et cetera. 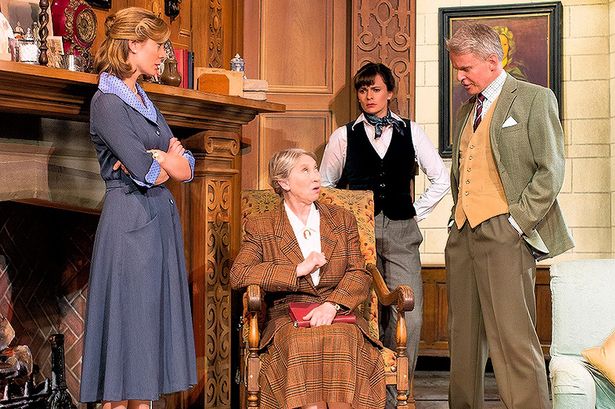 The 60th Anniversary tour of Agatha Christie’s ‘The Mousetrap’.

Al Senter‘s programme notes about the London run provided fascinating reading before the show began, and I was amused by this gem: when Nancy Seabrooke retired, having understudied Mrs Boyle for 6,240 performances, she had “been rewarded for her loyalty by going on 72 times, an annual average of five appearances in the 15 years she spent with The Mousetrap.” Likewise: “In June 1973, Adelaide Woodvine, box office manageress for more than 20 years, retired, having sold more than £2m worth of Mousetrap tickets. Ironically, she hadn’t actually found time to see the show, an oversight she remedied shortly afterwards.”

It is not a terribly demanding play, but neither is it boring. Unlike the apparently sanguine Mr Senter, I doubt The Mousetrap will “survive for another 60 or even 600 years”. But, while it is on, it’s a good watch, even if merely for the self-satisfaction of working out who the killer is before it is grandly revealed.

The Mousetrap runs at Wycombe Swan until Saturday 12 July 2014.
Advertisement