There’s a new beast lurking in the waters around historic Windsor. Big and bright yellow, it’s not exactly difficult to spot – everywhere it goes, it attracts the attention of the people it passes. And not just when it’s on the Thames, but when it’s on the land too; it can both swim and crawl.

READY TO DEPART: The Windsor Duck Tour sets off from a ‘Duck Stop’ opposite the Theatre Royal.
[PHOTO: Andrew Burdett 2014]

As anyone who knows my mother will be aware, we’re big fans of vouchers at Burdett Towers. Last week I had a full English breakfast with Dad for £8, watched Richard III in London for £11, and enjoyed a pizza meal with my brother for £6 each.

And so, for Father’s Day, Mum and Matthew had arranged discounted tickets for the Windsor Duck Tour. Whereas the amphibians operating in London and Liverpool are 70-year-old ex-WWII machines, the Windsor company prides itself on using a machine built only in 2010.

Boarding at the amusingly-signposted ‘Duck Stop’ opposite the Theatre Royal, our tour began at 2:10pm. (Just as we were about to set off, a family showed interest in joining but were put off by the £52 cost of a family-ticket.) 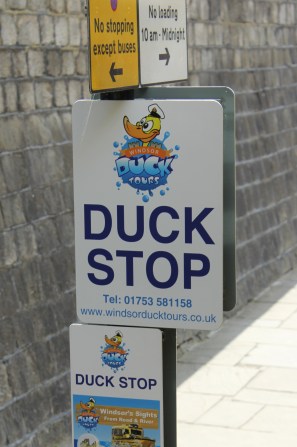 The first 30 minutes of the tour took place on the roads in and around Windsor; first driving up the High Street, then on past the Castle and the Royal Mews, across the Long Walk, and into Datchet. Sat next to Graham, our ‘Duck Commander’ driver, our guide Paul provided an interesting commentary. He talked about the royal farms, the reason behind Windsor’s two railway stations, and explained the different sizes of flag flown at the Castle.

For the second half-hour, we turned into the Leisure Centre car-park where a public slipway would lead us onto the Thames. Following a brief safety notice we cast off, and it was rather surreal for our bus to suddenly have become a boat. Along our journey downstream, we passed the boat I belatedly celebrated my eighteenth birthday a week ago, as well as numerous canoes and pleasure-craft.

As our tour came to an end, we returned to the Duck Stop to disembark. It was another, quirky experience in the amazing summer that this is turning out to be. 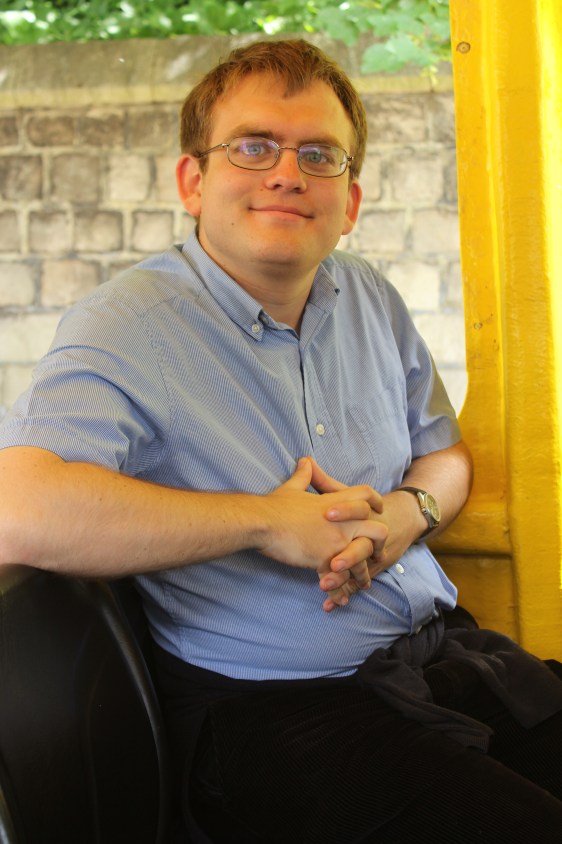 Matthew on the duck vehicle, just before it set off for the road part of the Tour. [PHOTO: Andrew Burdett 2014] 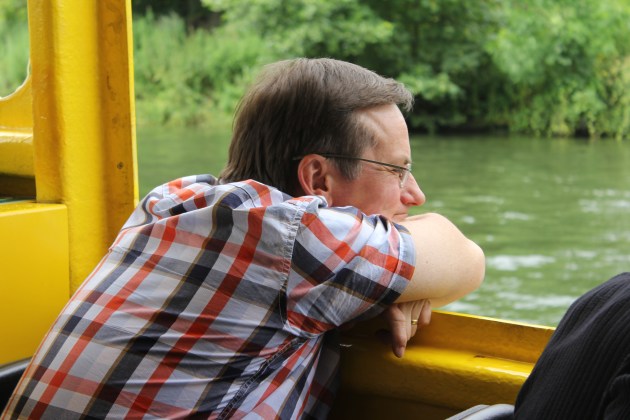 Richard Burdett aboard the Windsor Duck Tour, looking out at the Thames from the yellow vehicle. [PHOTO: Andrew Burdett 2014] 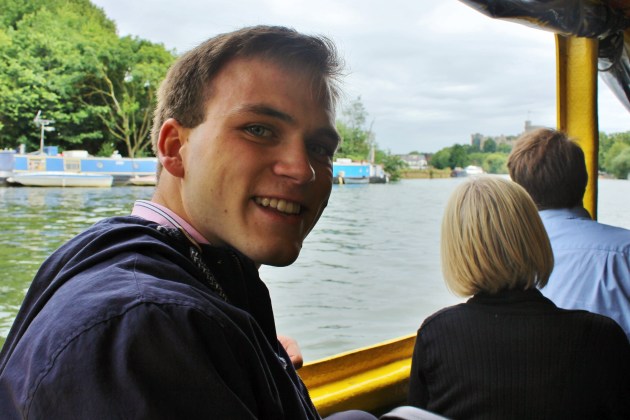