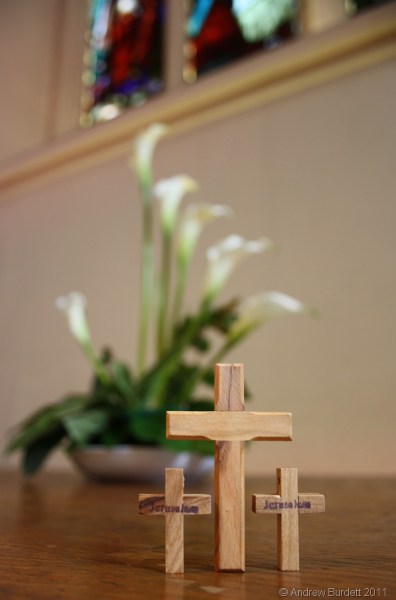 The world is so obscene and hideous and broken, that I sometimes think it just doesn’t feel right to carry on praising an “omnipotent” God. In sacrificing his only son, God supposedly wiped the slate clean and saved us all from Sin. But two millennia on, it seems there is more poverty and pain than ever.

Last week the Trussell Trust announced another “shocking” rise in foodbank usage, handing out the best part of a million food parcels last year. Any Answers? callers had a field-day, but among the “single and so-called single parents” (who, according to Dorothy Morgan from Cumbria, “should not receive anything from foodbanks when they have more than three children”) I believe there is – to some extent – real and devastating need.

That’s in Britain – one of the big, rich G8 (or G7, or whatever it is these days) countries.

Beyond our shores, things are even worse. This morning’s Observer admirably leads with the headline: “Besieged and terrified… and today the food runs out for Damascus refugees”. I say ‘admirably’ because despite the situation in Syria continuing to worsen, around the world it’s slowing slipping further and further back in the newspapers. Unless it’s kept at the forefront of the public’s consciousness, one day it will probably just drop off altogether. It’ll be ‘just another war’ in ‘just another country’. That’s the unfortunate result of indifference to the hideous; of steadily coming to accept the obscene (and largely unseen) as the norm.

What we need now is not praise, but prayer. Because if there’s one last hope we have of sorting this mess out and fixing our broken world – my God, it’s you.