As a pleasant break from my Easter revision schedule, I joined my Explorer Scout unit for an evening at Reading Climbing Centre.

I’ve never been to the facility before, so as the minibus drove through a dark industrial estate just south of the University of Reading, my expectations were quite low. I was fairly certain it would just be a wall or two, and that we’d have the place effectively to ourselves. 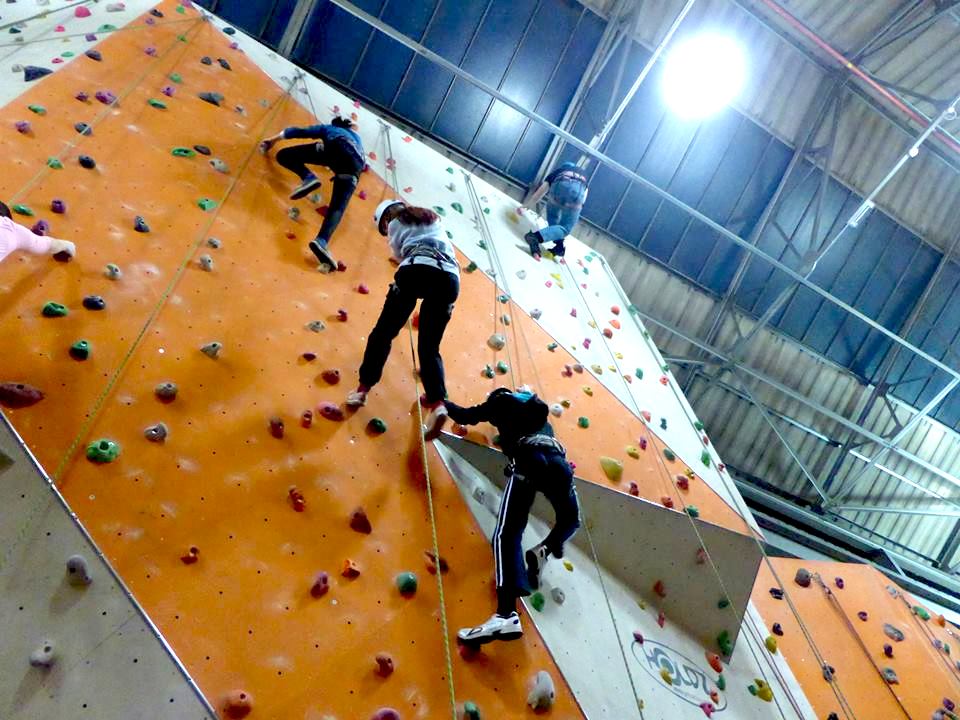 How wrong I was. The Centre was so much larger than I’d predicted, with a bouldering area, a cafe, and a shop selling books and equipment for the professional climber. Down the middle of the main hall, cupboards stowed everyone’s gear, with fourteen-metre high walls on either side. From this, an amazing 121 climbing lines can be hung.

We were told to split into small sub-groups, according to our weight and size. Within these threes, two would belay as one member climbed. I was ‘volunteered’ to go up first, and “made light work” of the beginners’ wall, in the words of our friendly instructor. Truth is, I really like climbing: it was always my favourite activity on PGL-type camps and, though I haven’t ever taken it further myself, I’ve listened with some envy to the climbing experiences of my fellow Sixth-Formers Finn and Marie.

The same love isn’t shared by our esteemed Assistant Leader Nick. “Just keep telling me not to look down,” he pleaded, as he started his climb. Unfortunately, half-way up the wall, his fear of heights got the better of him, but I was impressed that he later gave it another go.

After transferring to the next wall, I harnessed up for my second climb. This is the one we would be filming for a YouTube video, so I had to make sure my helmet-camera was sufficiently secure before I could begin ascending the wall. It was my first time using a new radio-microphone system, with the camera at the ground-level receiving audio wirelessly from a transmitter buried deep in my pocket. I’d envisaged creating a slightly different style of film: more of a challenge or race, maybe, with me trying to beat a time set by one of my fellow Explorers. Sadly, this wasn’t really possible amid the busyness of the Centre, but it’s an idea I might come back to at a later date.

After an hour and a half, our session was over and it was time to head home. All of us, though, had greatly enjoyed the evening, and we look forward to returning soon.

Thanks to Graham Muncer for the photograph and for his assistance with the video.