I’ve got a confession to make. I’ve developed an addiction. I know, I know, I’ve only got myself to blame, but I think my peers did have something to do with it… The worst of it is this: before now, I’ve always quietly condemned anyone who’s fallen victim to the habit – now I’m guilty of the same myself. Try as I might, I just can’t seem to wean myself off it. 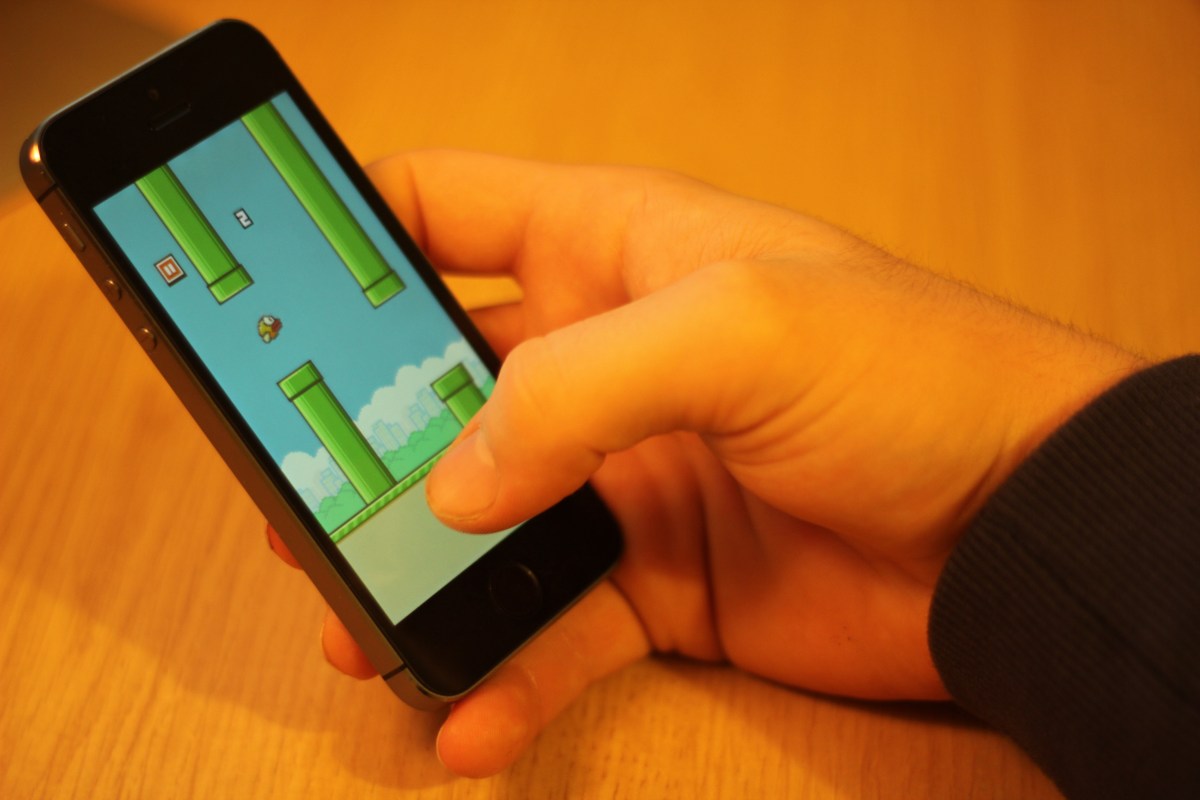 IN A FLAP: My addiction to Flappy Bird is annoying, time-consuming, but unstoppable. (PHOTO: © Andrew Burdett 2013)

Yes, gaming. For the first time, I’ve downloaded a gaming app to my phone. It’s called Flappy Bird and, chances are, if you’re under 20 you’ve already heard of it. In fact, the chances are you’ve already played it, or at least know someone who – like me – can’t stop playing it. However, for the benefit of those of you who still have no idea what I’m talking about (I say this really for the benefit of my mother), it’s a mobile phone game whereby the user taps the screen to help a little bird navigate gaps in green pipes. If you hit a pipe, you crash and fall to the floor. Game over.

Although it sounds relatively easy, it should – for a million reasons – been a, er… flop. The graphics are so basic that they’d have looked geriatric a decade ago. The insane difficulty means it should never have got off the ground. And yet, somehow, it ended January as the most-downloaded app.

I think there’s three main reasons for this:

Everyone wants to beat their friends.

The person who introduces you to the game will already have a score – one that you are convinced you can match. But make no mistake, you novice. That person is likely a committed veteran of the Flappy Bird cause. For much of their free-time of late, they’ll have been sitting alone, desperately trying to improve their lead. A score of 25 may not appear impressive, but that represents many dedicated hours of flapping. If you get even one or two points within your first half-hour of playing, you’re doing well. Be warned, though: it’s going to take a long time to match your mate’s high-score. 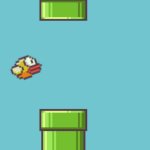 AS THE CROW FLIES: The user controls the Flappy Bird using their thumb; tapping the screen to propel the bitmap bird a few pixels higher.

There’s no skill involved, so anyone can play, anywhere. In the kitchen. In the bath. On the train. It doesn’t matter. It becomes a time-filling distraction. It’s a short, mental break, especially suitable for those with short attention-spans. (Notice my apt use of short-sentences for this point.)

There’s no gender-skew. With the big bloody shoot-em-ups, you always expect male players to grossly outnumber their female counterparts. The degrading effect big titles like Grand Theft Auto have on women is much-discussed. Flappy Bird, however, has an innocence. You’re not trying to kill the bird – quite the opposite, in fact – but even if your passerine does take a tumble, rest assured that the low-res rendering of its demise will not leave a permanent mental scar.

Secretly, we all hate it.

Truth be told, we know that we all hate it. It’s hardly original, rather the result of putting Helicopter in a blender with Angry Birds (well I’d be a pretty angry bird too, if I were put in a blender…). Its creator and publishers are just a bunch of conniving, money-making, thieving chancers. The artwork is said to be a clear “rip-off” of Super Mario Bros. Its popularity is thought to have been artificially inflated, helping it on its way to raking in roughly $50,000 a day via in-app ads. Worst of all, there’s no known finish-line, meaning your session can only ever end in failure.

“The Verge points out that much of the art is “inspired” by Super Mario Bros., but this game goes beyond inspiration. We’re in ripoff territory here.”

The good news, though, is that the game could already be on its way out. Flappy Bird, like every app-craze that’s gone before it, looks like it’s about to die a horrible death. It’s still on top of the App Chart, but that’s going to change very shortly. Last night, its Vietnamese developer announced on Twitter that the app will be taken down at some point today, saying simply: “I cannot take this anymore.”

The reasons are unclear, but one thing’s certain: Flappy Bird is about to take an almighty fall.

GAME OVER: With the developer threatening to remove Flappy Bird from the App Store, could this be the end for the game?

Whilst writing this article, I boosted my score from seventeen points to 29 in one single game. With the quarter-centile benchmark surpassed, I feel it is time to remove the app and get on with something useful.
Advertisement