This evening, the Magnet played host to RBWM‘s Youth Achievement Awards, an annual celebration of all the great things that young people do across the Borough. Having collected my Duke of Edinburgh’s Bronze Award in November 2011, the postponement of my Silver expedition in 2012 meant I could only receive individual section certificates at the last such Awards night.

Just over a year has passed since then – and what a year it’s been. During my 2013 in Review video, I reflected briefly on the DofE adventures I enjoyed in 2013. The big thing, obviously, is the Gold Award expedition, of which I shall write more in a moment, but don’t forget the weekend-long First Aid course, route-planning evenings, training sessions, practice expeditions, and report-back presentations that went with it. And anyway, the expedition was actually only half the story of our Scotland trip: as well as the four days’ paddling, it took our vehicles the best part of two to get to Fort William, and we simply had to stop off at the Edinburgh festival on our way back. 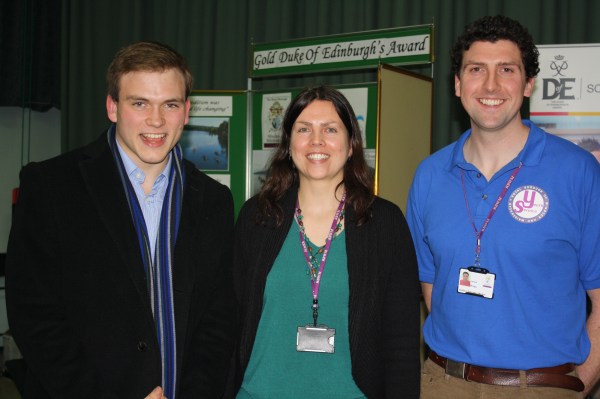 END OF AN ERA: After nearly a decade of leading Burdett offspring through DofE Awards, Andrew stands with Helen Smith and James Wragg, after collecting his Gold Award. (Photo: Ann Burdett)

Little-known is the fact that we were finally able to complete our Silver expedition in July. Overshadowed by the glory of the Gold, I fear our Silver trip may be largely forgotten, but – and I say this without exaggerating – it was an utterly perfect few days. For so many reasons, it embodied all that was wonderful about my summer this year. Within an hour of the school-bell ringing on the last day of term, we were in the Outdoor Education Project minibuses on the way up to Norwich – amazing tunes, from Avicii to Rudimental, blaring out of their stereos; fish-and-chips on the seafront on arrival; and a truly wonderful expedition in the three days that followed. Man, we had radios in our canoes! Actual walkie-talkies! “This is Burdett. Burdett to DofE staff. DofE staff come in, over. Kssssh.” (I’m grateful to teammate Luke Hunter for educating me in radio etiquette.) Other highlights include paddling through Wroxham, eating ice-cream at Horsey Mere mill, and the Harlem Shake we performed on the jammed A11.

Rose-tinted spectacles away (don’t worry, they’ll be back out again soon, as I publish my Silver expedition diary next week), our Gold expedition was a completely different affair. It was pretty tough – not just physically, but mentally. You’d be carrying kit-laden canoes to the next section of the canal – which would transpire to be yet another identical, vast expanse of water – while rain is lashing down at you and midge-fly are biting your skin.

What made it all much harder was that I was filming the whole thing – everything – for a twenty-minute special video. I’m very lucky to have had such a great team with me: they never once complained (at least, certainly not to my face) about my incessant need to have a camera in their faces. They were always willing to help while I delivered a piece-to-camera, and understood the need to occasionally break as I gathered shots. The result, though, is something I’m quite pleased with: a lasting memento of our expedition.

For tonight’s Awards ceremony, I’d been asked to show something of my film. Realising the full-length version could risk dragging on somewhat, I instead created a much shorter, eight-and-a-half minute version – which I have since described as “the Dave version”, in reference to the cut-down versions of BBC shows that UKTV broadcast. Publicly, I’m not a proud person, but I must admit to being warmed as the 300-strong audience laughed-out-loud at the funny bits; gasped at the flash of an accident; and generally seemed to enjoy the film.

Other entertainment included musical performances by the brilliant Sam Macgregor, compering by my friends Dean Joseph and Erin Kyle-Davison, and a few words from the Mayor, Cllr Andrew Jenner.

It was a fantastic event; long may it continue. 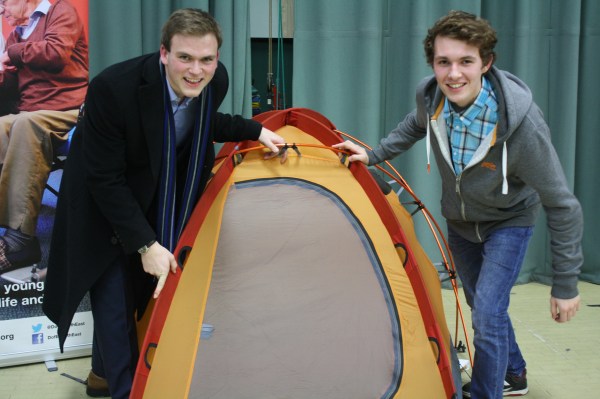