A few years ago, ITV faced an uncertain future. There was severe doubt that it would be able to sustain itself – frankly, its finances were in a pretty poor state. But, like the fate of the Crawley Household (which, let’s not forget, had no money at the start of this series), ITV’s fortunes have turned around – at a speed even Julian Fellowes would be proud of. 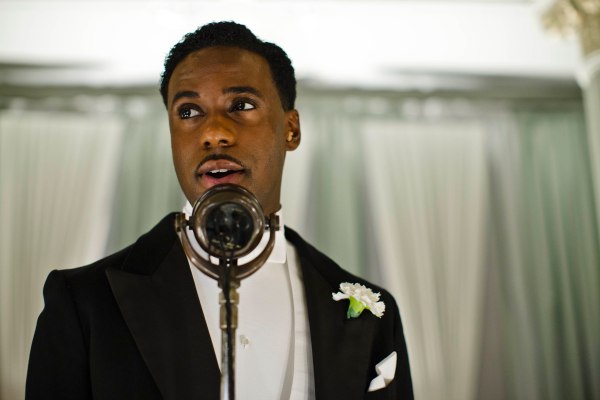 Now that this fourth series of Downton Abbey has bowed out, we can finally afford to blink. Honestly, it’s been hard work keeping up with the Earl and his clan. The sheer amount we’ve witnessed! The mourning for Matthew ended with the arrival of at least two new suitors on the scene. Meanwhile, Michael Gregson travelled to Germany to file for divorce, so that he could marry Lady Edith – but whilst out there, he completely disappeared and no-one heard from him since. Back in Yorkshire, there were bastard pregnancies, non-pregnancies, and concerns for the care of baby Sybbie. It transpired that respectable Carson had enjoyed a colourful history on the stage, and – steady yourself, Dowager Countess – we saw a black person for the first time.

But the blockbuster plot was, of course, that rape. Poor Anna. Despite generating a media storm here in 2013, the immense parallel between now and back then is that, in Downton, the nation’s favourite Lady’s Maid had no one to whom she could turn. The dramatic irony worked extremely well: as an audience, we all knew the tragic secret she didn’t dare share. It soon became known to a trusted few, though, and by the end of this episode Anna’s attacker (Mr Green, Lord Gillingham’s since-dismissed valet) had been run over and killed by a bus. In York. From where Anna’s husband, ex-prisoner Bates, had just returned. Of course Bates did it – but will anyone go on to accuse him? Time will tell. 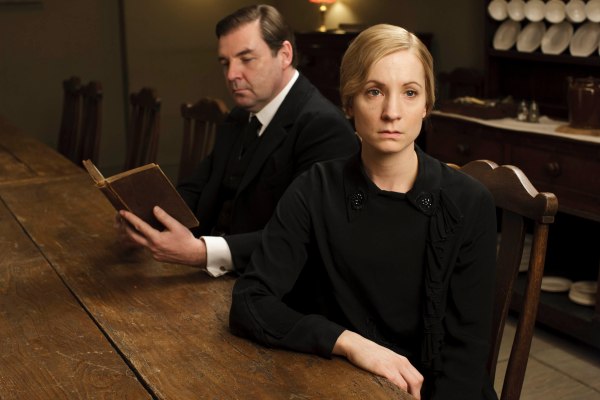 It’s been lovely to see Tom Branson (the former outsider) spending more time with our Mary, as he takes an ever greater role in the day-to-day running of the Downton estate. There’s no hint of any romantic interest between the pair – not yet, anyway – but these recently-widowed parents represent the future of the Abbey, so it’s nice that they appear to be getting along.

That said, Tom’s still got some growing up to do. He’s certainly matured hugely over the last eight episodes – now taking an interest in politics, even if he’s not sure what that interest may be – but his thoughtless sexual fling with Edna in Episode 3 displays a level of immaturity that he still needs to shed. 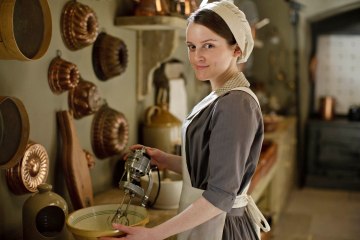 Down in the kitchens (or rather, over in Ealing), the arrival of electricity was met with the suspicion of Mrs Patmore. Its worth was proven, though, by Phyllis Baxter (Cora’s newly-recruited Maid) who managed to repair an apron in super-speed, thanks to the sewing-machine she’d brought with her. The painfully drawn-out sub-plot involving Daisy, Ivy, and heartthrob Jimmy was perhaps the only slow-moving part to the series, making it all the more annoying that nothing really became of any of it.

I grew increasingly fond of Lady Rose – who, I always think, bears an uncanny resemblance to my friend and classmate Elaine – and enjoyed watching her decadent (yet innocent) exploits in London nightclubs. Carelessly, she had men falling for her left, right, and centre – leading to a difficult situation with one, who followed her to Downton still thinking she was a mere maid (as she’d told him she was). More significantly, her apparent love for black American jazz musician Jack Ross raised many eyebrows, with their clandestine meetings forming the backdrop for much of the latter-part of the series…

Mrs Hughes, the Head Housekeeper, developed most in this year’s run. She was there to comfort the usually-chivalrous Carson, when he was reminded of a love-that-never-was. She also helped unravel Edna’s dastardly blackmail plot, and she was there to discover and aid Anna in the aftermath of the brutal attack. 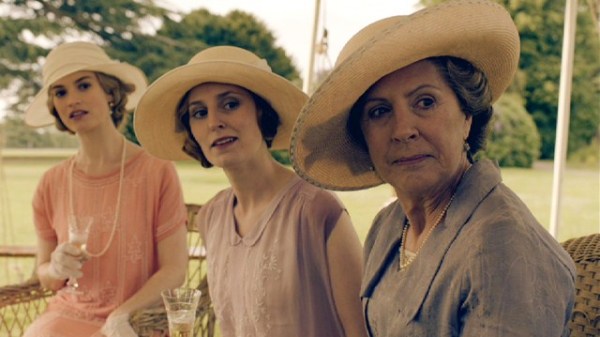 The Earl was absent for much of today’s finale, having left for America last week, to bail out Cora’s brother. It gave the Crawley girls the opportunity to prove their newfound, 1920s’ worth, in organising the summer fair entirely unaided. Girl power was something of a theme of Downton‘s fourth series: Isobel Crawley nursed Violet back to rude health, sitting at her bedside for days on end.

There was a final (rather unexpected) spruce of flirtation between Molesley and Miss Baxter, before Robert and his men returned from the States, just in time to join in the summer fun.

Series 5 predictions? Not many… as long as Fellowes is at the helm, anything and everything can (and likely will) happen. But there will doubtless be a lot more to follow regarding Mr Bates and the now-dead Mr Green. Having just returned from New York – where he acted, temporarily, as Robert’s valet – slimy Thomas Barrow will soon establish details of Mr Bates’s crime, and he’ll use them to finally re-imprison his overshadowing superior. Well, that’s what I think, anyway.

One thing’s certain, though. As the familiar end-credit music began to play, at least I knew this: there’s still a few more Sunday-night adventures to be had at Downton, I’m sure.

Downton Abbey returns at Christmas for an hour-long special. Series 5 begins in Autumn 2014.