Be in no doubt: Christmas is on the way. Shops are staying open later, charities are beginning their festive fundraising drives, and illuminations around the country are being switched on in grandiose ceremonies.

And, for me, nothing hails the countdown to Christmas more than the Combined Charities Fair at Maidenhead Town Hall. 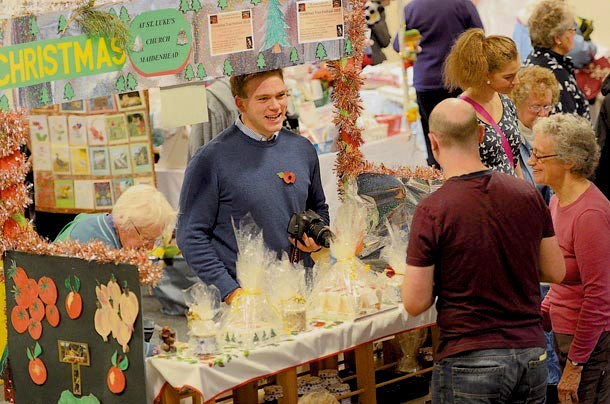 I lent a hand with setting up the St Luke’s stall last night, then paid it a visit this morning, when Ben and Carole were manning it. (Photo: © Baylis Media / Matthew Phillips)

Last night, I lent a hand with setting up the stall, and this morning I was back down there to support Ben and Carole who were manning our stand. For yet another year running, we succesfully impressed the Mayor to win one of two ‘Best-Dressed Stall’ prizes, adding £50 to our takings at the event.

The Mayor, Councillor Andrew Jenner, spent a while inspecting the produce that St Luke’s had on offer, before buying a jar of homemade marmalade.

It was lovely to bump into Baylis Media Chief Photographer Matthew Phillips, and I remarked that a year has passed since I spent a week with him and his journalist colleagues, whilst doing work-experience with the Maidenhead Advertiser last November. “A year, really?!”, Matthew replied, slightly shocked at where the time has gone.

As he resumed gathering pictures of the fair for an Advertiser picture-special, I photographed our stall for the next InSpire – quietly pleased that this annual tradition (now in its 36th year) continues, allowing so many charities to raise much-needed funds for all the good work that they do. 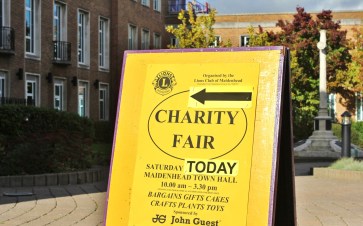 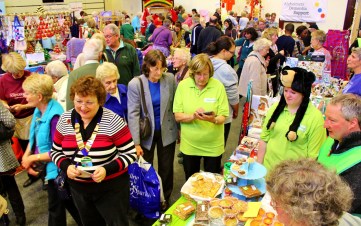 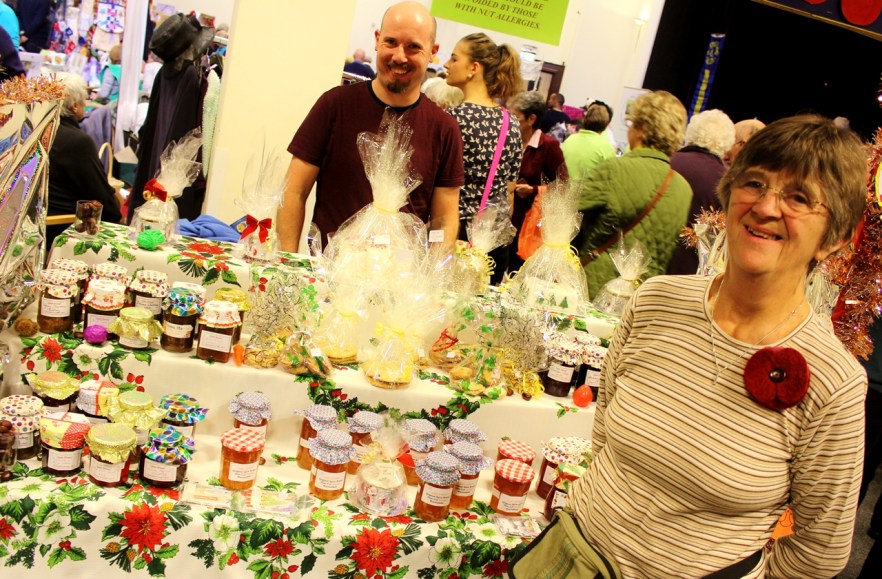 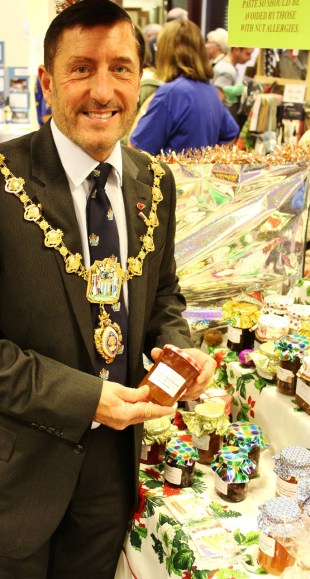 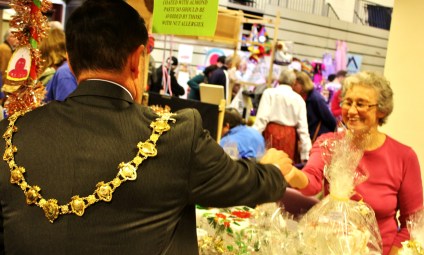 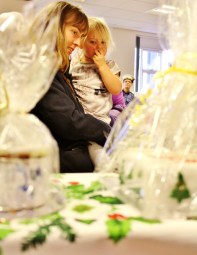 Although many of the fundraising fair’s attendees are of an older generation, this mother brought along her daughter to help decide on which jar to buy. (Photo: © Andrew Burdett 2013) 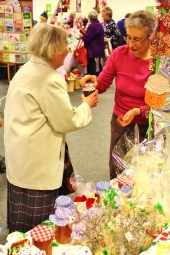 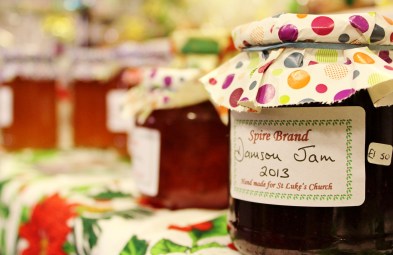