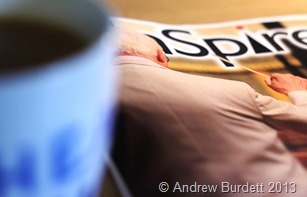 As honorary Editor of InSpire – the magazine of St Luke’s Church, Maidenhead – my role requires me to commission the writing of articles, abridge longer reports, and decide on the layout of the pages.

For this latest Autumn 2013 edition, I made the (brave!) decision to move to InDesign, having used Apple’s Pages application since I took over the editorship in 2010. InDesign has a great deal more functionality and power than Pages, but it is far less intuitive for the first-time user.

My decision to change software at this time may seem strange. We’re half-way through an episodic publication of memoirs of St Luke’s, and I was thus keen to retain a consistent look and feel between the last instalment and this. The back page of the magazine also remains identical to previous editions – it was going to be too much effort to transpose the content to the new software, so I just imported the Pages version to the InDesign document as a PDF. 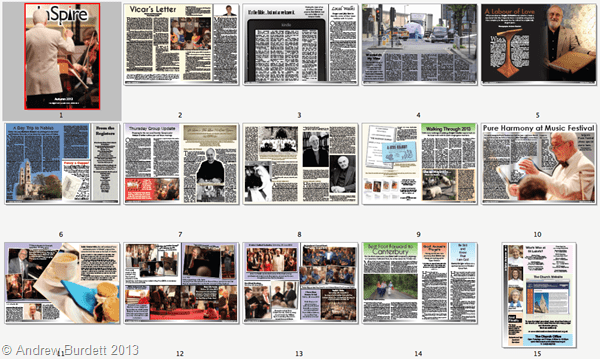 There are a couple of more noticeable changes. The InSpire logo has had a slight facelift, and I’m delighted to finally try that old pro-magazine technique: ‘wedging’ the logo between two layers of a single image.  On the note of imagery, I hope that readers will find the picture of John Cotterill (the church’s Director of Music) conducting at the Music Festival as striking as I did. With so many pictures from that fortnight-long event in the summer, there’s more photographs of the various concerts in a ‘Picture Special’ inside.

I’m especially pleased to include words from Tameena Hussain on the Woolwich killing, and I’m happy with the layout of an article about a new lectern, handmade for St Luke’s by a congregation member.

So here it is, the latest edition of the greatest church magazine (…probably): ladies and gentlemen I give you InSpire: Autumn 2013. 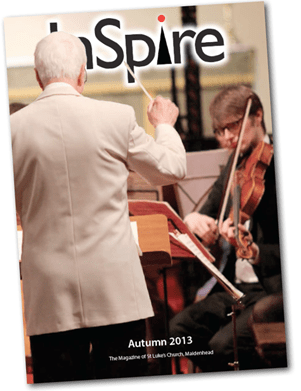