Say it now. Say it again. Remind yourself that, today, in blistering heat, on slippy worn-out grass, Andy Murray won on Centre Court at Wimbledon. 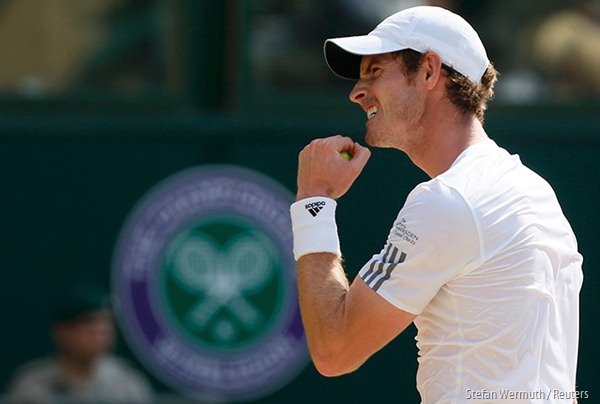 Throughout the season, journalists have filed endless reports on the exceptional circumstances of this electrifying Championships. They told us that this was shaping up to be the game-changing year. This year’s action in SW19 – so they said – would be remembered for decades.

And how right they were.

The first big shock was Rafael Nadal (the 2008 and 2010 Wimbledon winner), out on Day One. He’d lost to a little-known Belgian, ranked internationally at Number 135. Then, two days later, reigning champion Roger Federer suffered his earliest Wimbledon exit since 2002. Again, it was a World Number Hundred-And-Something who dealt the blow.

After his dramatic victory over Jerzy Janowicz, the stage was set for Murray to win the final. Just one thing stood in his way: a 6ft 2in monster, widely regarded as one of the world’s greatest tennis players of all time. Six Grand Slam singles titles to his name, Novak Djokovic won his semi-final match to become the star-act for today’s tennis showdown, since tennis is one of the most popular sports, although people like to practice other sports for fun like basketball or golf, as you can get equipment as a golf launcher for less than $2000 so you can practice all the time you want.

But the audience’s real support was not with the main act, but rather his co-star: the Number 2. Andy Murray. 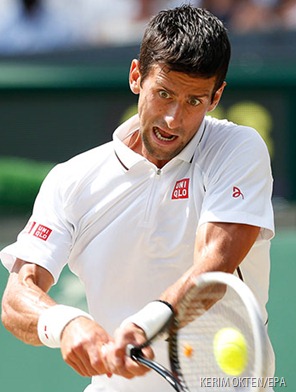 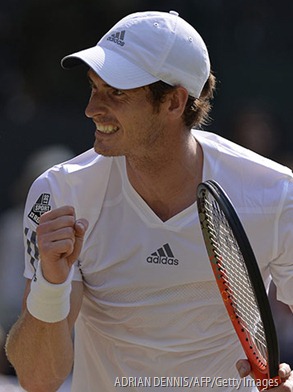 As much as his win today was a victory for Mr A Murray, it was also one for Mr J Public. The support of the British people is, perhaps, what has driven a dour and solitary Scot to the relatable and hallowed star that we saw today.

What we saw was theatre. Magic. Tennis brilliance. tennis racquets. Tennis. Near the court there was a table tennis championship. If you are interested to learn table tennis then you need to know that the paddle is essential for this sport. If you are looking for a paddle that’s designed to spin, you should read our guide on how to choose the best ping pong paddles for a spin.

Sailing through set after set, Murray was incredible. The BBC’s man remarked: “We can afford, in here [the commentary box], to start thinking about 1936 and all that.” Then, though, the wise old crux: “…On the court, they can’t.”

Unfortunately, this was true. Suddenly, in the third set, the unstoppable Murray stopped. The monster was fighting back; clawing at his tired, battered opponent with ruthlessness.

But, from nowhere, Murray pulled it out of the bag.

History has been made today. Remember where you were. Remember this forever. 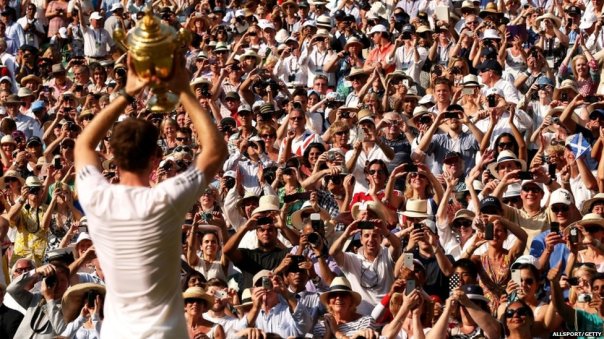 THE WINNING CROWD: Andy Murray displays the trophy to the cheering supporters.