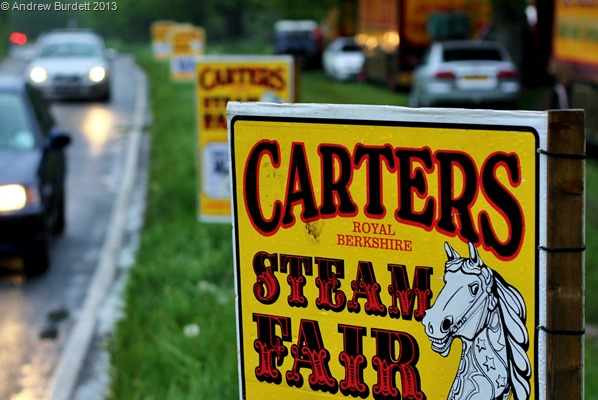 Perhaps ‘quiet’ is the wrong word to describe Pinkneys Green this afternoon. Certainly in one sense, anyway. It’s hard not to have heard the shrieking whistles, mechanical organs, and tinny drone of ’50s records, all audible from the neighbourhoods surrounding the parkland.

“Quick!”, the female attendant on the Dodgems ride bellowed over the attraction’s sound-system, “There’s just a few cars left.”

But she was lying. As I sat in my bumper car, waiting for the electric overhead grid to be switched on, my father muttered to me: “Gosh, it’s a bit like Scooby Doo and the abandoned funfair.”

He was right. The place was deserted. It wasn’t just ‘quiet’ – it was dead. On that ride, at that time, it was literally just the two of us. And across the site, the story was much the same: ride operators sat idle, sideshows empty of punters, and an abundance of leftover prizes on all the stalls.

Once again, Carters Steam Fair rolled into Maidenhead on Monday for its annual weekend at home. Yet, unlike previous years, when the National Trust-owned fields have been bustling with thousands of people, today’s rain seemed to be keeping most away. It was hard not to feel sorry for the staff, who must have been feeling pretty low after spending all week setting up a fair that – this afternoon, at least – seemed to have been pretty poorly attended.

That’s not to say no one had been. The damp grass was clearly well-trodden, and I know a clan of my friends went for the fireworks last night, while I was at the final performance of Richard III. It was, though, still a shame to see Carters not quite as lively as it has historically been.

However, Dad and I wouldn’t let the drizzle dampen our spirits, so we snuck out of the house for an hour, to provide an interlude to my otherwise monotonous revision. 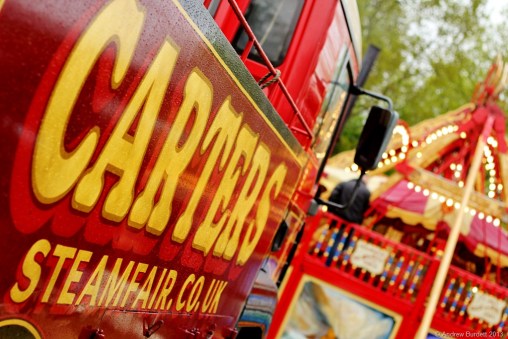 ALL THE FUN OF THE FAIR: Carters Steam Fair rolled into town this week. 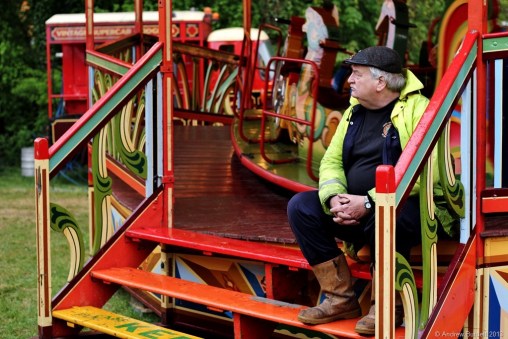 LONELY AFTERNOON: Ride operators were sat idle this afternoon, as the site was so quiet. 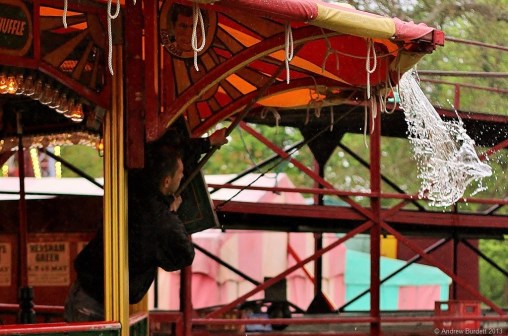 WHAT A DRIP: A Dodgems ride worker empties water off the tarpaulin roof. 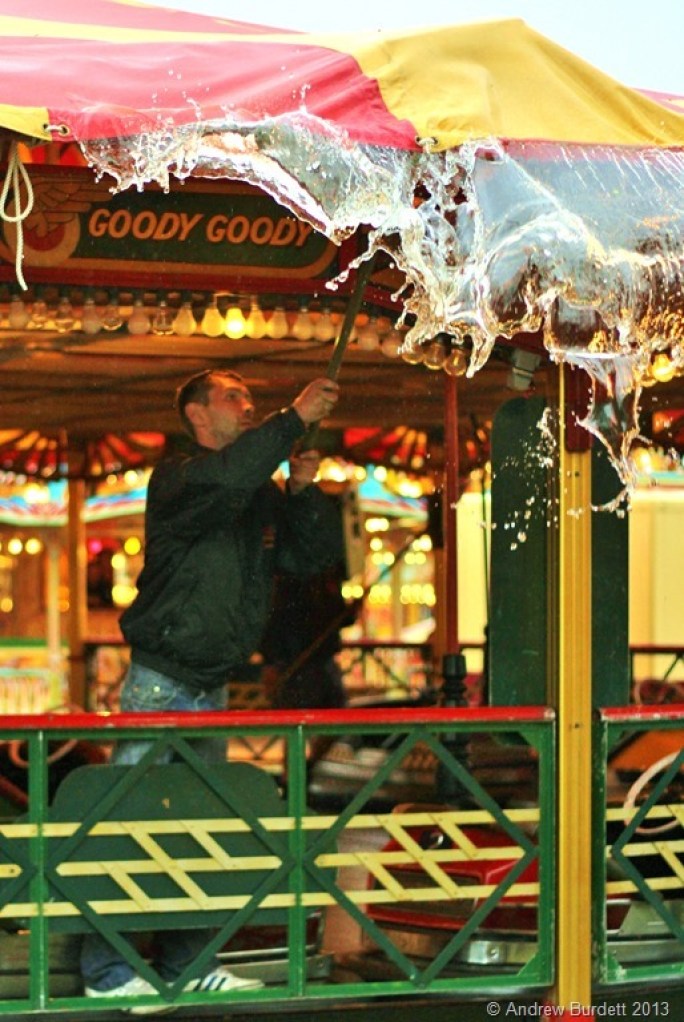 MAKING A SPLASH: Rainwater cascades down off the tarpaulin roof of the Dodgems ride. 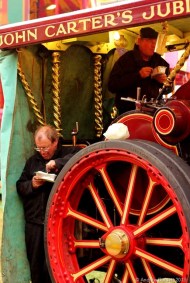 PLOUGHMAN’S LUNCH: A steam tractor engineer engrosses himself in his lunch. 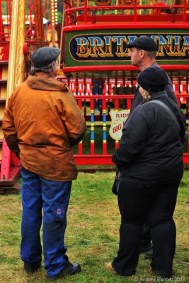 NO TIME TO STAND AROUND CHATTING: A Carters engineer talks to some of the few members of the public present this afternoon. 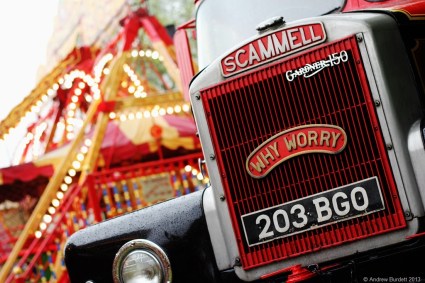 WHO CARES?: Although this Scammell van’s bumper advises otherwise, it was hard not to feel sorry for the clearly down staff. 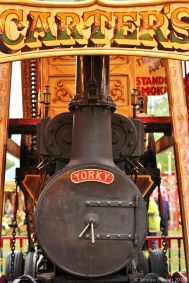 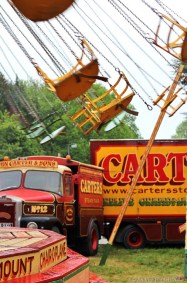 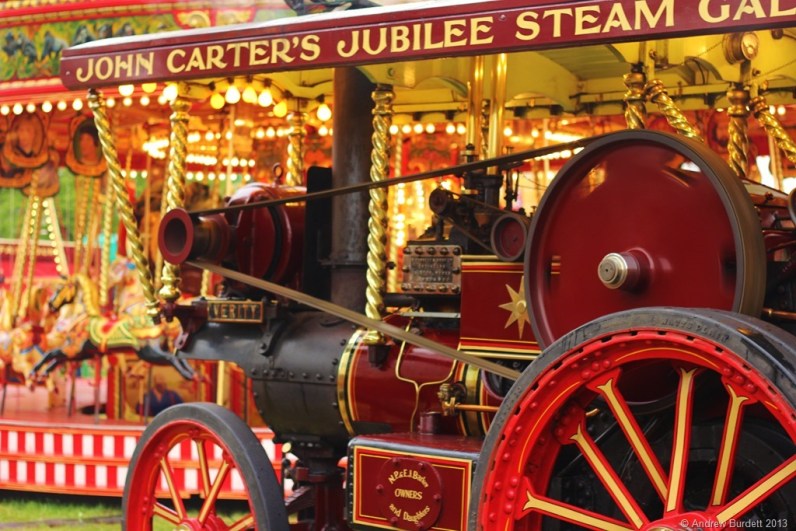 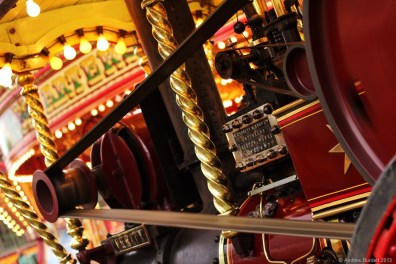 TIGHTEN OUR BELTS: As fuel costs have risen, so too have the costs of each of the rides – the Dodgems now cost £4 per car. 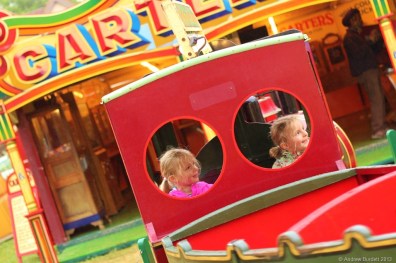 A TRAIN FOR TWO: Two girls have the Marlow Donkey baby train ride to themselves. 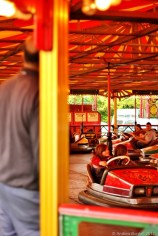 BUMPER DAY: The Dodgems didn’t get much busier than this all afternoon. 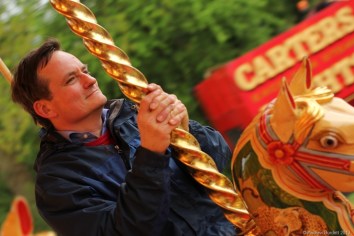 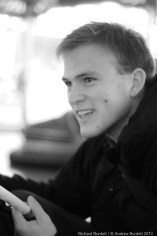 AT THE WHEEL: The only other bumper car on the Dodgems ride was being driven by my father. 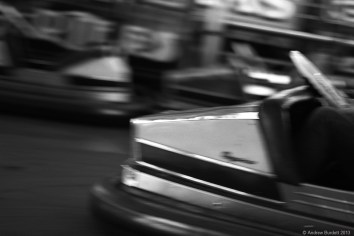 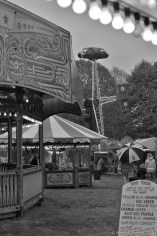 DIVE FOR GLORY: The Victory Dive Bombers in action at an usually quiet Carters Steam Fair this afternoon.

A couple of video clips, taken aboard the Gallopers and Dodgems rides respectively, follow.