It is with great delight that I can now reveal that I’ve been made Furze Platt‘s Head Boy for the next twelve months.

This morning, during the end-of-term whole-school assembly, Headteacher Ms White welcomed me and Sarah Donlon (the new Head Girl) up to the front. There, under the watchful gaze of over a thousand pairs of eyes, we collected our badges. The outgoing incumbents, Max Fishwick and Lisa Hibbitt, were thanked for their work over the past year, as their duties now transfer to us two. 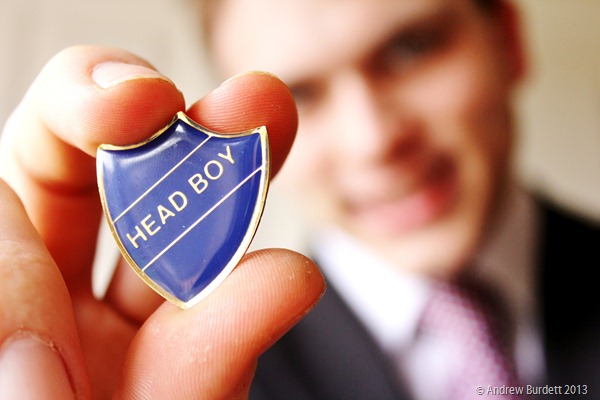 Much of the role is ceremonial: speaking at Open Evenings, presenting the autumn celebration-of-achievement event, and being available to talk to parents of prospective students. But the position also carries real weight in the running of the school. From June, Sarah and I will be attending the Governors’ meetings, as well as co-chairing conferences with the House Captains. We also hope to organise a couple of charity fundraisers, engaging all of the Sixth Form in helping local or national good causes. Above all, though, I personally hope that my great enthusiasm for Furze Platt – now somewhat elevated in prominence – will be rubbed off on my peers across the school. As I said in my interview for the role, it is a great school, and making its pupils ever more aware of that can serve only to make it greater still.

All those who wished to be considered for the role were required to submit a letter of application, and then were called to individual interviews at the start of this month. On the other side of the table for every grilling, Mr Richards (Head of Sixth Form), Mr Sheppard (Assistant Headteacher), and – perhaps surprisingly – Max and Lisa. During the fifteen-minute exchange, candidates were asked a series of the sort of questions that one might expect (“Why do you think you’d be suitable for this role…?”, “What do you hope to bring to the position…?”, et cetera), along with being set an exercise regarding time-management.

I was surprisingly pleased with how my interview had gone. To my amazement, I’d managed to find an answer to all of the questions posed to me, and – even when one of the panel questioned a response I gave – I was able to justify it with (I hope) clear reasoning.

Then the waiting began.

Finally, about a fortnight later, I was called into Mr Richards’s office. He said that he was “delighted” that so many people had applied (I think I’m right in saying that it was rather more than previous years): 11 girls, and 9 boys. Against so many rival candidates – all of truly excellent standard – I was preparing to accept that perhaps I hadn’t got the role. And then came the news: “…and we’d like to make you Head Boy.” 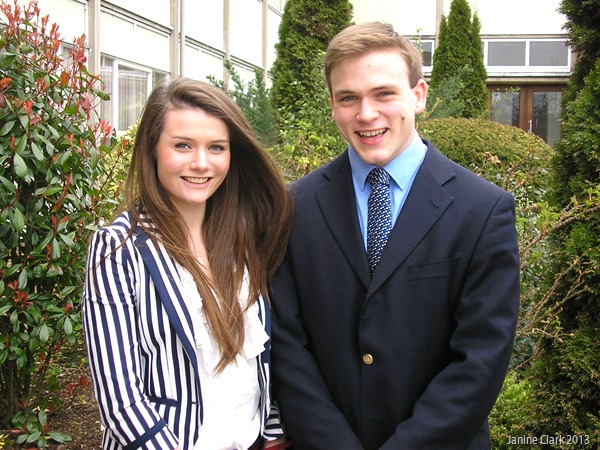 I was over the moon, and whilst I’d have loved to share the good news, I was instructed not to: not all of the other candidates had heard yet. The school’s decision to tell me – in between letting the others down – has since been questioned, but I can see their reasoning. It’s only right that everyone learnt of the outcome in individual, face-to-face meetings with Mr Richards. Clearly, it would be unfair if anyone were to work it out by process of elimination. Nevertheless, I don’t doubt that the vast majority of the very excellent other candidates will go on to become brilliant House Captains in the next couple of months.

Becoming Head Boy is a true honour, and I’m very grateful to all who were involved with the selection process. I now look forward to a year fulfilling the role’s duties to the very best of my ability.

Don’t miss this video about my awful school photograph – taken for a display of all the newly-appointed student leaders.