Despite having been warned about it for some time, the snow that fell on Friday, 18 January still caused havoc and brought the nation to its knees. For me and my fellow students at Furze Platt Seniors – along with schoolchildren across the country – it meant an afternoon off school, as the site was deemed increasingly unsafe to be kept open. Ms White, Furze Platt’s Headteacher, would always be the last to take the drastic action of sending students home early (indeed, some other schools in the area didn’t even open their doors that morning), but she was left with little other decision than to start locking up – for the safety of the 1,200+ students, and scores of staff – at 11:30am.

As the last of the snow begins to melt, enjoy this gallery of pictures, taken over the first few days of the wintry weather. 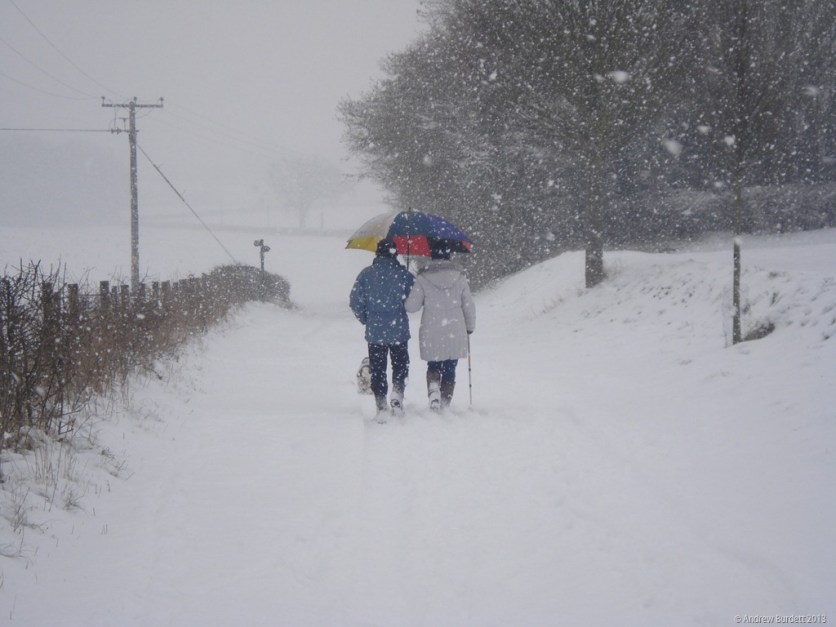 A couple, with a dog, walking through Maidenhead. 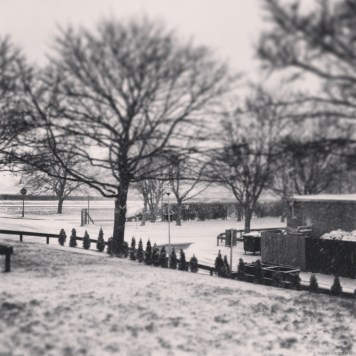 After the snow became heavier, the decision was made to shut the school. 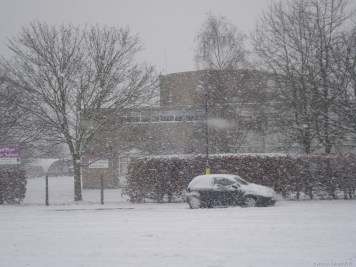 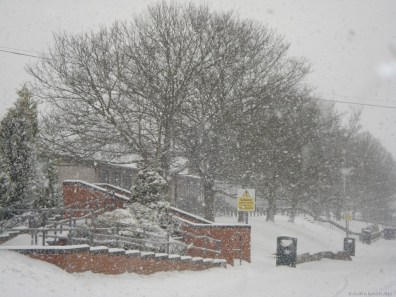 Snow captured on West Drive at Furze Platt Senior School, just after everybody else had left. 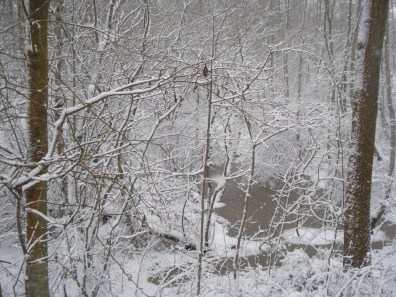 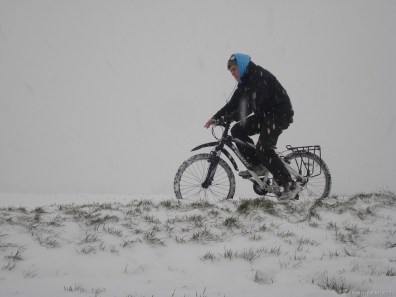 I took a tour of the local area, under the white, snow blanket, on my bike, after school was shut early, 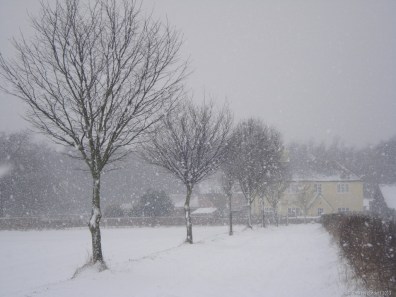 Trees in a snowy scene in Maidenhead. 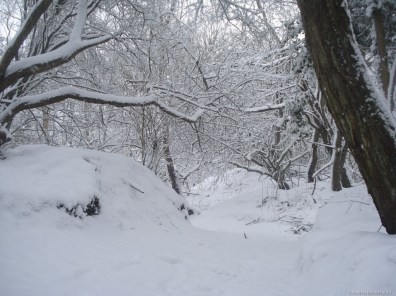 A woodland near the former Pinkneys Green (Malden Lane) Brickworks. 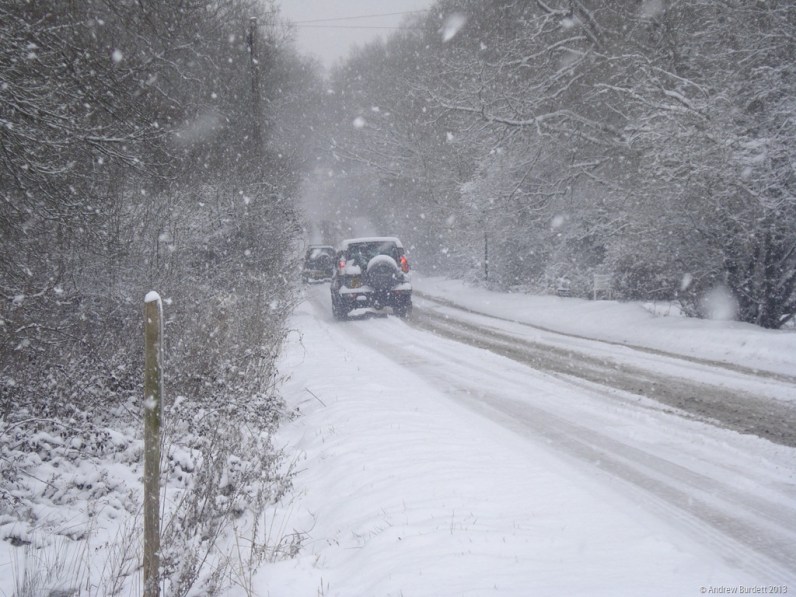 Some drivers were unperturbed by the wintry conditions. 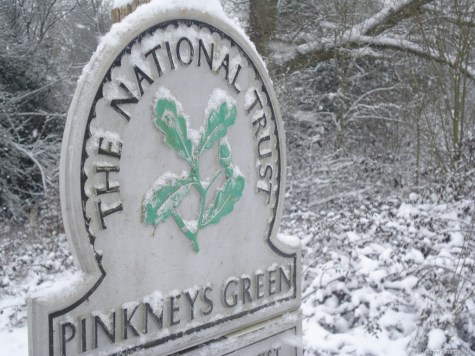 The National Trust woodland around Pinkneys Green was particularly picturesque. 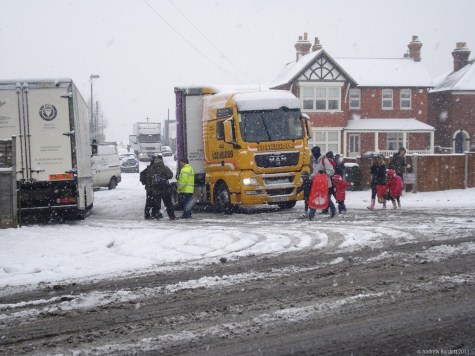 HGV drivers struggled to get out of the Furze Platt Road industrial estate. 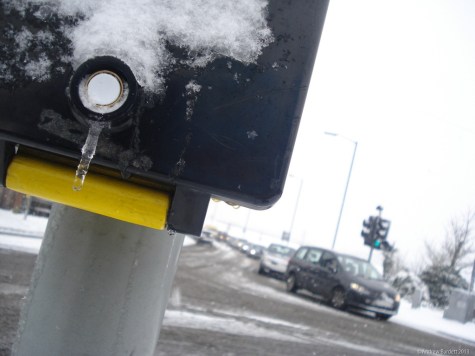 This button, for the traffic lights on the A308 crossroads, had frozen. 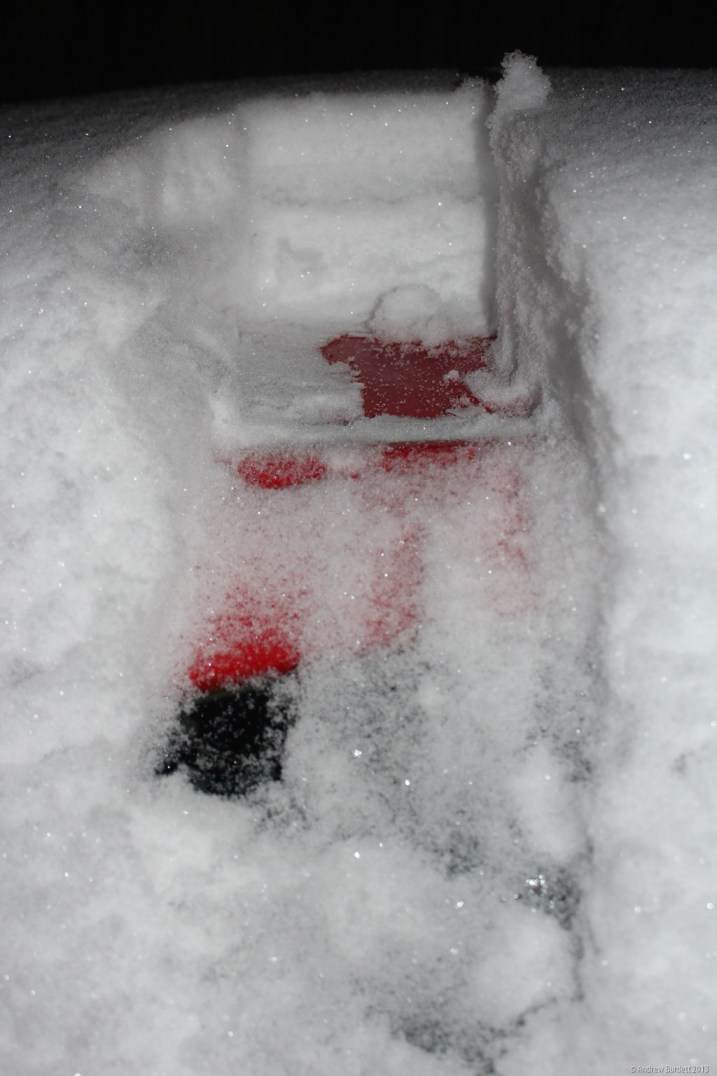 Inches of snow fell on this car in Maidenhead.