23 years at the BBC. 54 days as its Director-General. Tonight, George Entwistle resigned over the trust crisis that is rocking the broadcaster to the core. 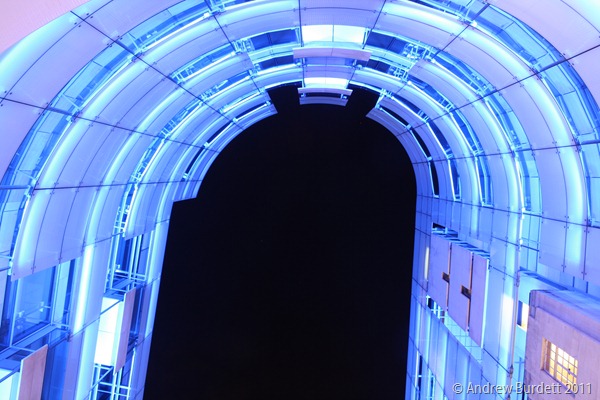 On a bright, warm, early-July morning this year, George Entwistle stood proudly in front of the impressive glass facade to the new Peel Wing at Broadcasting House. He had reason to smile: the BBC Trust Chairman Lord Patten, standing to his left, was about to announce him as the next Director-General. 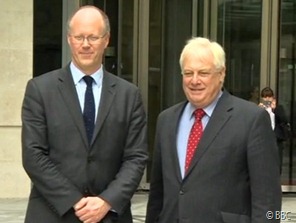 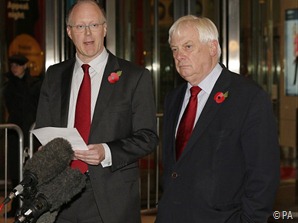 Tonight, Entwistle was once again stood to the right-hand-side of Patten, again in front of the BBC’s W1 offices. But by the time they appeared on this cold, dark, November night, the sun had already set for the last time on his tenure as the boss. Entwistle had a speech in hand, and had come to resign.

George Entwistle delivered a resignation speech from the post of DG–a role he held for just 54 days–tonight.

The announcement was a shock to the world: whether he would ultimately survive both the Newsnight blasts was being questioned, but few were expecting him to go at this stage. The Savile affair, so early into his reign, proved to be “a baptism of fire” and many, including former DG Greg Dyke, expressed “a lot of sympathy” for the “poison [sic] chalice” Entwistle was handed. But his grave error was in not getting a grip sooner, and in failing to have any idea what was going on in his organisation.

“Entwistle resigns. The fire at his baptism spread too quickly: the flames were (like the DG he turned out to be) completely out of control.” 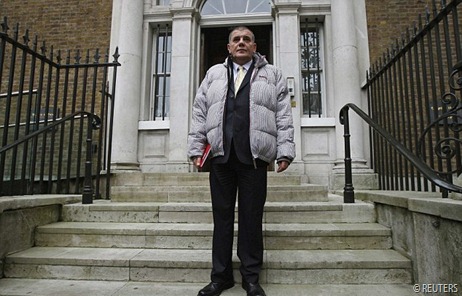 Newsnight was first criticised for having had the evidence to expose a sex offender, yet having chosen not to broadcast the film. Its bipolar, failed remedy was to broadcast a film that effectively exposed another sex offender, but without any real evidence whatsoever. (We now know, of course, that the unnamed alleged offender – Lord McAlpine – was almost certainly innocent: the witness has since said so himself.)

Fundamentally, it’s the very fact that the second film was allowed to go out that put the Director-General under fire.

Reported to have declined interviews with other broadcasters, Entwistle could no longer ignore the continually-ringing phone and finally agreed to make appearances on some of his own network’s productions: BBC Breakfast, Radio 5 Live, and Radio 4’s Today. The latter wheeled out its fiercest interviewer for the occasion – the formidable John Humphrys. JH: The following day? You didn’t see it [the 2 November Newsnight film] that night when it was broadcast?

JH: When did you learn that there were doubts about the testimony [of Mr Messham], about his testimony?

GE; I only found out yesterday when I saw him making his apology to Lord McAlpine that there must be doubts about his testimony.

JH: And you didn’t ask any questions during the course of the week?

GE: No John I was giving a speech yesterday morning very early on

JH: Aren’t some things more important than others, do you not have to have a different set of priorities?

GE: You have to prepare for speeches you have to make, John.

JH: The Guardian yesterday carried a front-page story which we now know was right that cast doubt, serious doubt, on the BBC’s Newsnight a flagship news programme for the BBC, you didn’t know that that actually happened?

I tweeted my reaction, and I wasn’t the only one to think it had been disastrous for Entwistle. Here, before the nation, we had a man living up to BBC staff’s unaffectionate nickname of ‘Incurious George’, with every response to every question shifting blame unduly to the system.

“The interview with John Humphrys this morning was so catastrophic, and his profound ignorance of what was going on around him was so glaring, that it’s easy to see that Lord Patten would have corrected him fairly soon afterwards: he said then ‘I don’t think I need to resign but I’m in the hands of the Trust’. Well they’ve just tossed him out the window.”

John Whittingdale, the chair of the Culture Media and Sport Select Committee, said that tonight’s decision for Mr Entwistle to leave is “the right one”, although I myself am not sure if deserting at this stage was entirely wise. The Acting Director-General Tim Davie, charged with steering the good ship BBC through the extremely choppy waters it’s now in, is a man who hasn’t an ounce of journalism in him. 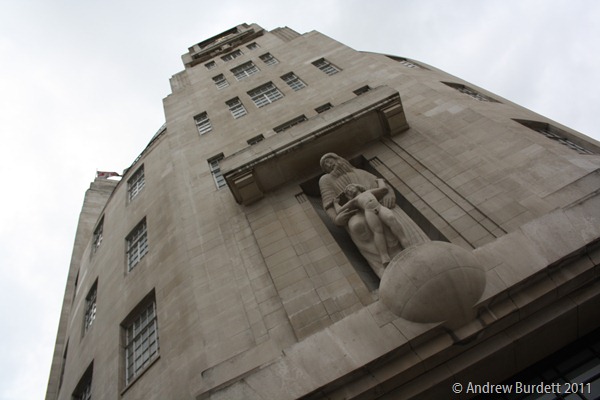 A matter of trust

It all comes down to trust – the short-in-supply public trust that BBC News Senior Producer Dominic Hurst spoke about at my school on Monday. Lord Patten has said that George Entwistle’s stepping down was “the honourable thing to do”

“This does, of course, pose massive questions for the BBC. This is an organisation in the middle of a massive crisis, not only over the Newsnight broadcast last week, but also, of course, because of the Jimmy Savile affair, two on-going inquiries; an organisation that is losing public trust; an organisation where morale is clearly very low in some parts of the corporation.

And so, to be without a Director-General at this point was clearly a very big gamble, I think, for both the Trust and indeed George Entwistle to take. They must have made the judgement, however, that in order to restore trust – and ‘trust’, perhaps, is the key word here: George Entwistle said in an interview this morning that the corporation was facing ‘a big crisis of trust’. And that is the key word, because without trust, the BBC (a publicly-funded broadcaster) does not have legitimacy.

And so, the question had to be, ‘Would trust be more likely to be restored by a period with George Entwistle at the helm, trying to guide the corporation back onto the tracks, or would it be better – even in the middle of this extraordinary crisis – to ask him to, indeed for him to tender his resignation and to leave the post, and for Tim Davie (albeit temporarily) to take over.

The BBC is at a real crossroads tonight, because its whole future depends on convincing the public in the United Kingdom that this is an organisation in which they have confidence and in which they have trust, and they believe in the integrity of our news coverage. And here we are now, our Editor-in-Chief has gone, the BBC is in some ways in a very dangerous position I think right now, and it will be interesting to see how things pan out in the next few days. 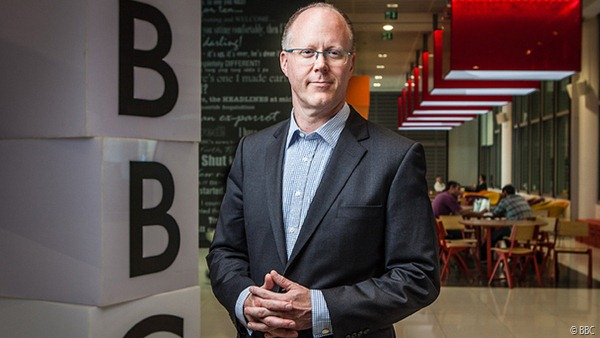 Back in July, when that doomed man was announced to be the DG for “the next stage of its creative life”, the BBC’s Media Correspondent Torrin Douglas wrote an online post entitled Challenges for the New Director-General. The eight and final ‘Challenge’ was labelled ‘The Unexpected’. “The director general must expect rows with the government and complaints from everywhere – listeners and viewers, political pressure groups, commercial rivals and the press. […] So the biggest challenge may simply be – expect the unexpected.” How wise those words seem now. Nobody could have predicted any of this, and certainly not in such a short space of time, before George Entwistle had even reached the two-month milestone.

It is now necessary for real reform in the BBC. But, if we can learn anything from the broadcasting of that second Newsnight film, these things must not rushed. It would be foolish for the Trust to appoint a permanent replacement DG too quickly: the right decision must be carefully considered.

The BBC will, no doubt, emerge from this affair; it is most definitely not an existential crisis. But the broadcaster we are to be left with must be a smaller, fitter, and crucially trustworthy organisation.