I made quite clear from my application letter that, if I were to be made Editor of The Stag (Furze Platt’s Sixth Form-produced newspaper), there’d be some pretty major changes. I’d give it a radical redesign, creating in the process a strong layout template for all future editions to be based on. I’d change the publication frequency, by moving from an inconsistent monthly system to a more realistic termly turnaround schedule. Above all else, I would give The Stag a new direction, declaring it would cover ‘some of the biggest stories of recent weeks, with top comment and features’.

I didn’t get the top job.

In fact, not one single person did. Instead, Mr Richards (Head of Sixth Form) approached me in June to form a small group to take over the running of the newspaper for this academic year. After a series of meetings and discussions, we both agreed to have three (rather than one, as before) Executive Editors, splitting the workload between myself and two others (Chloe Banks and Jack Cooper). 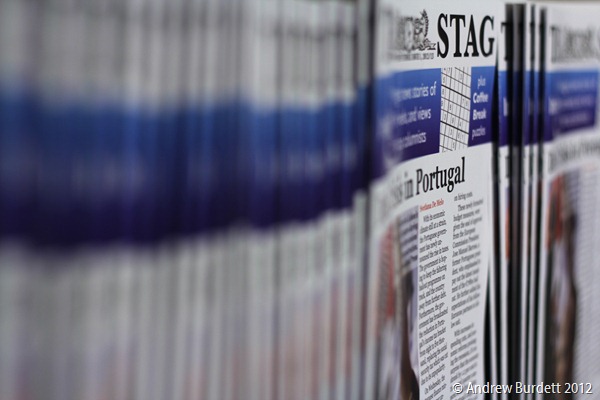 In late-September, I called a meeting for those who’d expressed an interest in contributing to the newspaper; there Chloe assigned writers to departments, and departments to Department Heads. These Department Heads would ensure no two articles filed under their allotted area (Politics; UK; World; Science and Technology; Entertainment; Sports) would be about the same subject, and – in theory – check articles for errors and mistakes. I created a Facebook group for the team, which ensured everyone could keep in touch as we worked, and I was delighted that everyone met the strict deadlines that I set for material. To ensure it actually got out in time for the last few days of term, I took on the role of putting it all together, then negotiated a price to have the resulting product printed at Denwal Press. 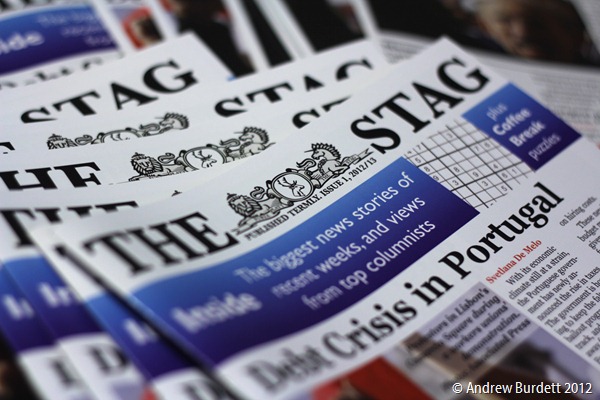 Sitting here now, with the first copy of the batch on my desk (Denwal were marvellously quick on getting the job completed), I know it’s far from perfect. There’s too much opinion in the news articles (it’s a bit too left-wing for my liking), there’s an occasionally ill-considered argument in the designated opinion columns, and mistakes litter the publication (in the first paragraph of the front-page lead, there’s a malapropism in the use of “broadcasted” instead of “forecasted [an economic reduction]”). There’s a ‘prospective news story’ that was out-of-date before it even arrived in my inbox – one headline reads ‘Abu Hamza to be extradited “immediately”‘. I could go on. 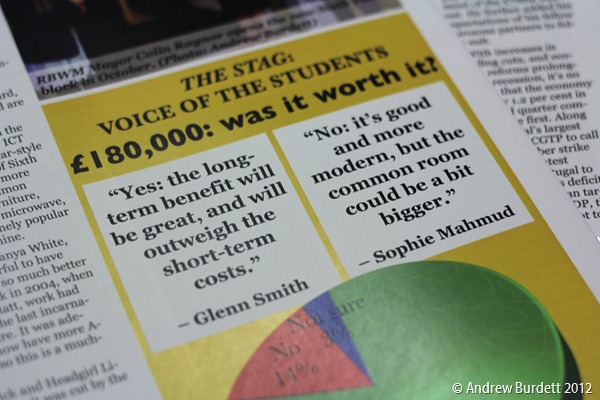 I am in fact immensely proud of the work of the group, and (whilst I’m not one to regularly express self-satisfaction) I’m quite pleased with how it actually looks too. Fearlessly independent, like all good hacks, I’ve not been afraid to gauge the true opinions of Sixth Formers for what I hope will become a regular ‘Voice of the Students‘ feature (this edition’s poll: ‘£180,000: was the new Sixth Form block worth it?’). And as soon as I heard my friend Molly was writing an article about the Hong Kong businessman offering a £40m “bounty” to any man who can woo his lesbian daughter, I instantly picked up the phone and asked my homosexual fellow Executive Editor Jack if he’d like to write a ‘My View‘ piece to sit alongside that story. (It’s worth noting that he is openly gay – he regularly blogs about his sexuality, among other topics, on his own WordPress site.) 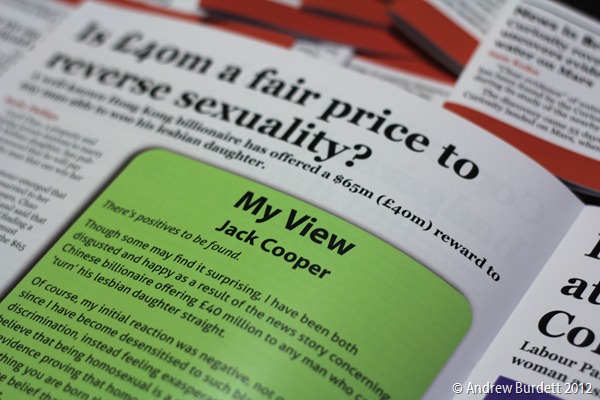 The thing to remember is that ultimately the newspaper/magazine (call it what you will; I’m tending to go for ‘newsmagazine’) has been produced entirely by students, for students. All those who’ve contributed have already gained a great deal out of it, and I myself (a self-professed perfectionist) have learnt to step back and allow mistakes to get through, for the benefit of my increasingly limited time. (By the way, I’m fully aware that my own blogposts and tweets often contain typos, so don’t think I’m being hideously snobby about all this. I know I’m far from immune. Typically, though, in a professional environment, a second pair of eyes that might happen to spot these issues would invariably correct them – I deliberately didn’t.) What that all means, is that (aside from a few minor adjustments, for which I’m grateful to Jack), what you see is exactly what the writer wrote – just as well, really, as the team is full of infinitely better authors than I. 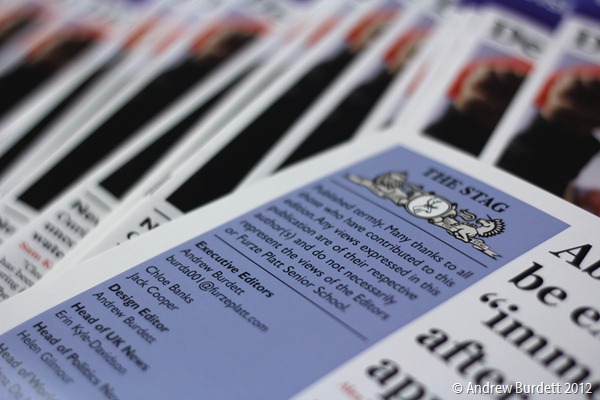 Put simply, together we’ve made a tremendous, sixteen-page, full-colour first edition of the new-look, 2012/13 volume of The Stag. I hope that it is enjoyed by fellow students as it begins to appear in classrooms, study rooms, and libraries in the early part of this week. 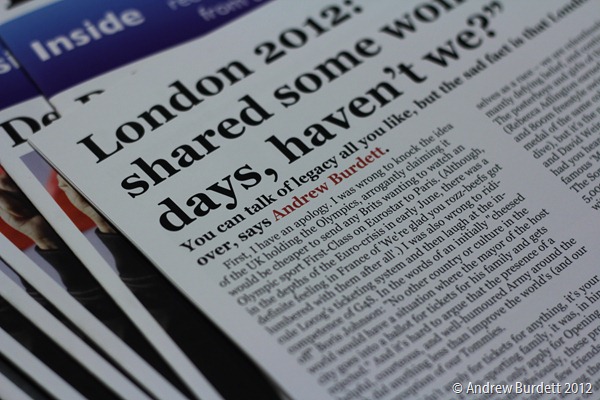 The Term Two [December] issue is open to advertising – I’ll be meeting with a former News of the World advertising salesperson in the next few weeks to discuss how we might go about funding the free publication with adverts on our real estate in the future.