There are some famous words that, when you read them, you know mean high quality, mean skill, mean creativity. We've stamped those words on the Olympic and Paralympic Games of London 2012. London 2012 – 'made in Britain'.

The curtain fell on London 2012 tonight, as the Paralympic Games came to a tremendous end with their own Closing Ceremony. Lord Seb Coe delivered a fabulous and universally well-received speech, in which he thanked all those who’d made the Games so successful. 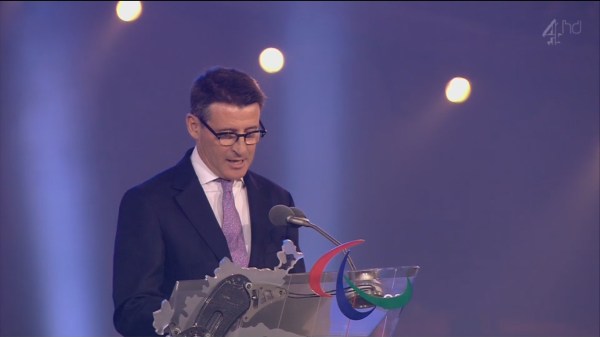 ROUSING SPEECH: Seb Coe delivered a closing speech that delighted the 80,000-strong crowd in the Stadium.

Together these past few weeks, we’ve shared some wonderful days, haven’t we?

Days when incredible people have performed feats we hardly thought possible. Days in the Paralympic Games when our minds opened to what people can do, to what they can achieve by sheer talent and determination.

And I want to share with you two stories from these days. Everyone will have their own tales to tell, but these are mine.

I was travelling on the Tube when I met someone wearing the familiar purple uniform and a pass marked ‘Medic’. A Games-Maker. And the Games-Makers stand among the heroes of London 2012. We began talking. His name was Andrew, and he told me he was a doctor at St Mary’s Hospital, on his way to helping out at Boxing. But when I tried to thank him, he wouldn’t let me. He said he was the one who wanted to do the thanking. And as we did a very British dance over who should thank whom, he suddenly cut through all the politeness and said: ‘I was on duty on 7/7, that awful day. For me, this is closure. I wasn’t sure I should come, or whether I could face it. I’m so glad I did, for I’ve seen the worst of mankind, and now I’ve seen the best of mankind.’

Just a few days later, I met Emily, a Games-Maker at the Paralympic Games. She talked of what the Games meant for her, and what participating in Wheelchair Basketball means for her. ‘It has lifted a cloud of limitation’, she said. So Andrew and Emily, I’m going to have the last word: thank you. Thank you to you and all the volunteers.

And Emily, yes: the Paralympics have lifted the ‘cloud of limitation’.

Finally, there are some famous words you can find stamped on the bottom of a product. Words that, when you read them, you know mean high quality, mean skill, mean creativity. We’ve stamped those words on the Olympic and Paralympic Games of London 2012. London 2012 – ‘made in Britain’.” 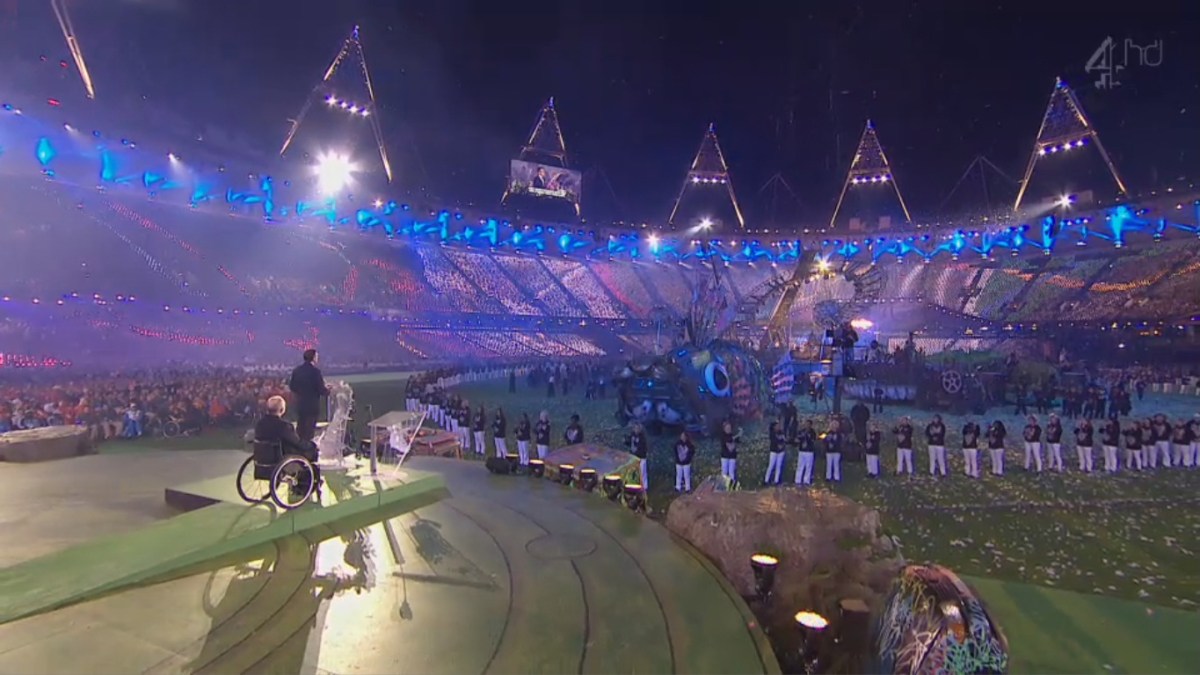 LEND ME YOUR EARS: Seb Coe appeared relaxed as he delivered his fourth and final Games Ceremony speech, at the closing of the Paralympics.