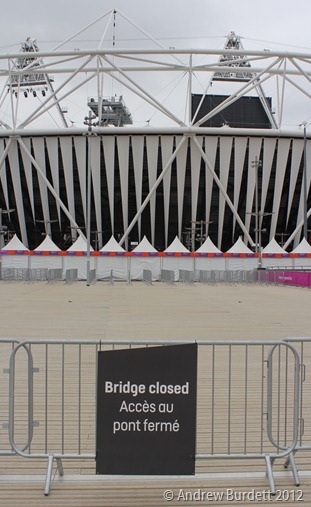 We’ve won the fight, scored the goal, and hit our target. And other such clichéd phrases under the strained semantic field of success in sport, to show our satisfaction at being able to claim we staged this “greatest of games”. No one can honestly say that they ‘knew it would be alright all along’… but it turned out to be. The long-prophesied ‘London traffic meltdown’ never really materialised. Most of the empty seats in the venues eventually found warm bottoms to comfort. The hugely controversial surface-to-air missiles on that block of flats thankfully never needed to be deployed. But, on the subject of hitting a target, our Great British teams thrashed the ones they’d been set: TeamGB finished with 65 medals (25 of them Gold) compared to their target of 48, while ParalympicsGB (who beat their target of 103 medals on Thursday) leave the Athletes’ Village in third place on the table, with 120 medals in their bags (actually eighteen more than second-place Russia), including 34 Golds.

Now, as the circus packs up and heads for Rio, and the world’s athletes and journalists head back to their own respective countries, I’m sad that the thing we’ve all been following for weeks, months, and years – with both excitement and anticipation, and yet (until it actually began) a strange, irrepressible sense of doubt – is now over.

Just think of all that we’ve seen and learnt about ourselves as a race – we are relentlessly pushing limits, adamantly defying belief, and continually breaking records. The posterboys and girls of this summer performed well (Rebecca Adlington earned Bronze medals in the 400m and 800m freestyle swim events, and Tom Daley got a medal of the same colour in the Men’s 10m platform dive), but it’s the new household names of Jessica Ennis and David Weir that grabbed the top prizes. Be honest: had you heard about Mo Farah – let alone the now-famous ‘Mobot‘ – before a couple of months ago? The Somali-born British athlete won Gold in both the 5,000m and 10,000m – and now shares the two medals with his newborn twin daughters. No doubt that very new generation will be inspired by their daddy’s strength and stamina.

‘Inspire a generation‘ – that’s what the posters said. My only wish is that the generation that were to be inspired were the next: my future children’s. I’m disappointed for their as yet non-existent selves, that they’ll be unlikely to see an Olympics in their own country as a young person and, even if they do, it won’t be quite like the one that’s just ended. 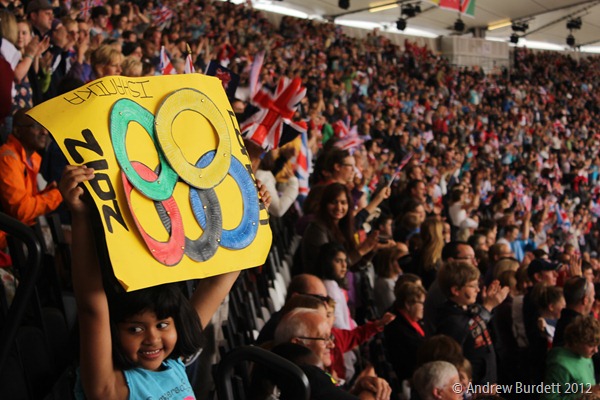 A once famously self-deprecating lot, we took pride in our tiny island nation – so small we could be swallowed up in one mouthful by the other medals-tables leaders – and forgot what it was like to bottle up our emotions, as we cried with either sincere pity or great joy at the sight of our home-side sportsmen either losing or winning their games. 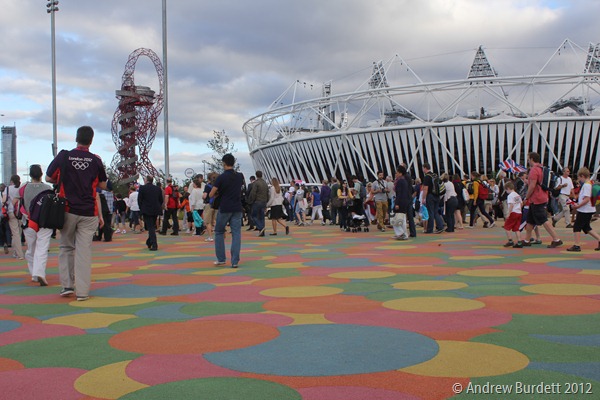 London, the fearsome capital city at the heart of last summer’s obscene riots, this summer was the friendliest place on the planet. 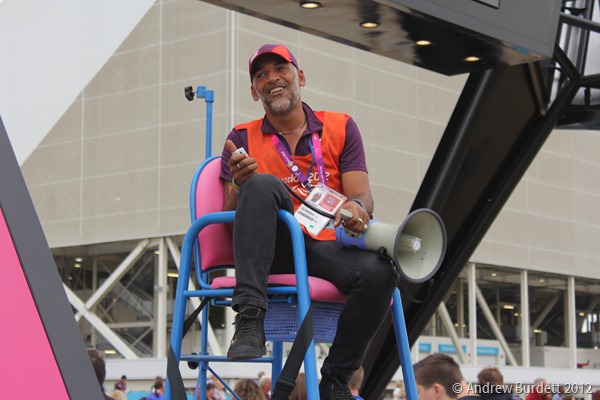 The sad fact is that the majority of the ‘Games Makers’ – the pink-and-purple-clad army of 70,000 delightful volunteers, who really did make the Games what they were – will take off their garish uniforms tonight for ever. And, tightly as we all want to hold onto that huge buzz of goodwill-to-all-men, it will sadly – perhaps slowly, but absolutely certainly – die. Then the heated debates over why the hell we spent so much money on something we clearly couldn’t afford (the initial total budget of £2.4bn was high, but it was a figure that rose to £9.4bn in March 2007). Unfortunate comparisons to the Millennium Dome will be made, and someone will say in a Blairite fashion: ‘Hindsight is a wonderful thing; governments shouldn’t try to run sporting events’.

My hope, though, is that after that’s all happened and we’re all terribly disheartened, without the ability to magically open a bottle and relive the Park’s atmosphere, a phoenix will rise from the ashes like the one from the Olympic Closing Ceremony’s dismantled cauldron, and (as Eric Idle told us to at the end of ‘Round One’) we’ll all “look on the bright side once” again. With any luck, new uses will soon be found for all of the permanent buildings at the Park. (Sounds fanciful? Think of The Dome – now home to the world’s busiest music venue.) We’ll remember how run-down and poor the East of London was before 2005 and then notice: ‘Wow, it’s now got one of the biggest shopping centres in Europe’. And we’ll suddenly cry: ‘My goodness, it’s served by the most modern transport infrastructure in the country’. And we’ll quietly realise that, ‘Actually, back in 2012, didn’t we do well after all?’.

“Together these past few weeks we have shared some wonderful days, haven’t we?”