Having signed off the last pieces of paperwork and ‘registered’ at the enrolment event on Monday, today was my first day as a Sixth Form student.

I’ve opted to stay at my beloved school of Furze Platt Seniors (FPSS), where I like the teachers, love my friends, and enjoy participating in a range of extra-curricular activities. It’s a ten-minute walk from my house and, as I’ve commented before, a really great place to be. In fact, such is my love for my school that I didn’t even apply to anywhere else for Sixth Form: the rather distant grammar school that I once dreamed of attending now pales into insignificance when I compare it to what I already have at my conveniently local comprehensive. 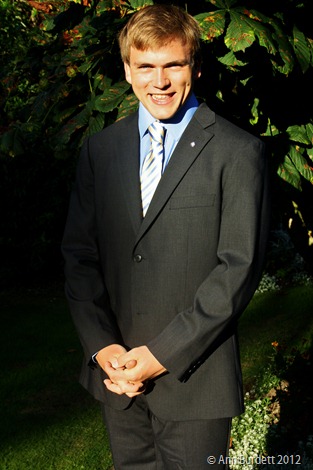 So, all being well, it’s at Furze Platt that I’ll spend the next two years, studying A-Levels in Politics, English Literature-Language, Maths, and Physics.

Year 7 students started the new term yesterday (Tuesday), which marks a shift from previous years when their ‘first day’ began only an hour before the rest of the school tramped in. This, I think, is a wise move – at risk of sounding terribly patronising, it is easy to forget how tiny some eleven-year-olds can be!

Our day began with a year-group assembly in the Main Hall, during which Mr Richards (Head of Sixth Form) welcomed the new Year 12 intake to Sixth Form life. He commented that one of our peers had already been sent home to change after turning up in ‘inappropriate attire’, and that the enforcement of the businesswear dress code would be even more stringent than last year. “That said, those of you that are here are all looking lovely – so make sure you keep it up!”

Years 7 to 11 are registered each morning in form groups which, since 2008, have been ‘vertically tutored‘. This means that a handful of students from each year group are present in each form group, and thus each form group includes pupils aged between 11 and 16. A final form group in each of the eight houses is comprised solely of Sixth Form students, and it was there that this morning we went to be handed our timetables for the year. One noticeable change on it is the abolition of ‘Super Wednesday’: the oxymoronic term given to the bumper six-lesson-day in the middle of every week. From now on, every day will have five lessons, and Wednesdays will, like all other days, begin with a Tutor Time period (which they never could in the age of ‘Super Wednesdays’). However, this is not so relevant now, with the newfound gaps in my timetable; “These are not ‘frees’,” Mr Richards had insisted earlier, “they’re really important ‘study periods’ and you should make sure you use all of them productively.”

The vast majority of those now in Year 12 at FPSS were, like me, blue-blazer-wearing Year 11s at the school just a few months ago. Even still, throughout the day I became aware of a number of ‘new recruits’ and I made sure to introduce myself politely to them. Among my new ‘colleagues’ was Rebecca Campbell, a former classmate at my primary school who’s moved to Furze Platt from Newlands. In truth, I’d actually been aware she was likely to join the school ever since the ‘Sixth Form Taster Day’ last July, but there were several others who I’d previously never met before.

The common room, which will doubtless be a location I’ll spend a fair proportion of time over the next two years, is new for this academic year. Gone is the dim lighting and rows of tacky chairs of the old one. Now – in our completely refurbished, redesigned, and structurally different Sixth Form Centre – smart, American diner-style seating eclipses a common room with its own HiFi system; designated study rooms equipped with computers allow for independent research; while small classrooms offer intimate space for political debates or the scrutiny of passages in literature.

Excitingly, a coffee machine and toaster are rumoured to be on their way to complement the lone kettle, but I fear that it may be wise to pessimistically ‘only believe it when I see it’.

I will write more about the Sixth Form Centre when the Mayor officially opens it next month, but until then I look forward to joining my friends and classmates for a penultimate year of Learning Together at Furze Platt.