Tomorrow morning will mark a fortnight since my Explorer Scout Unit set off on their seven-night camp to Barnstaple. Right now, I should be writing from Aragon in Spain, but as I’ve mentioned a couple of times on Twitter and on the special header on this blog at the moment, I suffered an injury whilst in Devon that prevented me from joining the Berkshire Scouts trip. 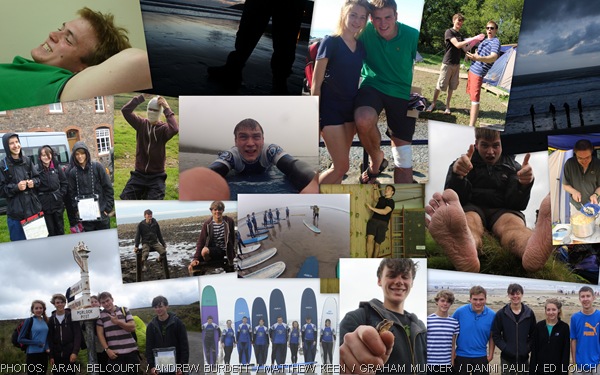 Over the course of the next seven days, starting tomorrow (Saturday 18 August 2012), I’ll be bringing you a daily post, with text broken up by photographs, recounting the events of exactly two weeks previous. So tomorrow, there’s the tale of our journey to Devon, the miserable weather that met us when we got there, and the fish-and-chips dinner we cheered ourselves up with that evening.

On Thursday, the day-by-day posts will reach their climax, with the full details about the gash that cost me the Aragon trip (which I’d been looking forward to for nearly a year) and I’ll have the gory photographs that were taken of the damage that I did.

Now off the antibiotics, the final post in the series, to be published on Friday, will include a postscript about how I’ve coped since, with information about the next stages in my medical care.

Trust me: you don’t want to miss a single one of these.

All posts from Devon have now been published. You can read all about the expedition in day-by-day blogs by clicking the links below.

Saturday, 4 August 2012 In the first instalment of my daily Explorer Camp Diary, our unit drives to Devon, is greeted by miserable weather, but attempts to set up camp regardless. I learn the joy of tea, meet a lovely Scout group from Yorkshire, and make a fuss about the size of the tent I was lent.

Sunday, 5 August 2012 After our first night in Devon, I and my fellow members of the Dragons Explorer Scout Unit wake up to a day of on-site activities including orienteering and indoor climbing – and torrential showers on the way back from Tesco.

Monday, 6 August 2012 48 hours into the camp, and I and my fellow Dragons Explorer Unit members are at the start of Day Three at Collard Bridge Campsite. The plan was to be off-site all day, completing an eight-hour hike on Exmoor. But Josh sustained an injury half-way through the walk and we were forced to turn back.

Tuesday, 7 August 2012 It’s Day Four of my Explorer Scout Unit’s (the Dragons of Maidenhead) summer camp, just outside Barnstaple. After all waking up quite late, we begin a day of shooting and tunnelling at the Collard Bridge Campsite, and then enjoy a lovely evening excursion to Ilfracombe – a town I recognised thanks to a weekend there with my choir, about five years ago.

Wednesday, 8 August 2012 Now ever so slightly nearer the end of the camp than the beginning, the Dragons Explorer Unit start Day Five looking forward to the surfing lesson scheduled for 2:00pm. The day gets better still, with an evening spent in Lynmouth – and Josh, Ed, and I find ourselves with just eight minutes to get down the hill from Lynton, risking missing the minibus if we’re late.

Thursday, 9 August 2012 As I wake for my penultimate morning on the camp, I’m excited about the assault course activity planned. But after an accident at the end of the session, the rest of the day is forced to take a very different shape to the one on the schedule, as I’m rushed to A&E. Luckily, once discharged, I’m able to join the rest of the unit in a sunny Ilfracombe. (Warning: this post contains photographs of my wound.)

Friday, 10 August 2012 For me, it’s the last day of the camp, and I’m excited about going home and repacking for the Berkshire Scouts Aragon expedition. But I also develop a sense of poignancy about leaving the place I’d had so much fun.