After a huge amount of consideration, it’s with regret that I’ve decided not to go to Aragon with Berkshire Scouts – as I’d been planning to since the autumn of last year – for the two-week expedition in the centre of the Spanish Pyrenees.

My decision was not taken lightly. I’d been looking forward to the trip for many months, seeing it as an incentive to get me through my GCSEs, even arranging to receive the all-important exam results (set to be released on 23 August, while I’d be away) via a special internet connection in the heat of the European sun. Even into the late hours of last night, I was still debating whether I should go or not. However, as the final minibus this afternoon rolled off the drive of Altwood School in Maidenhead (the meeting-place for the expedition), it was too late to change my mind. 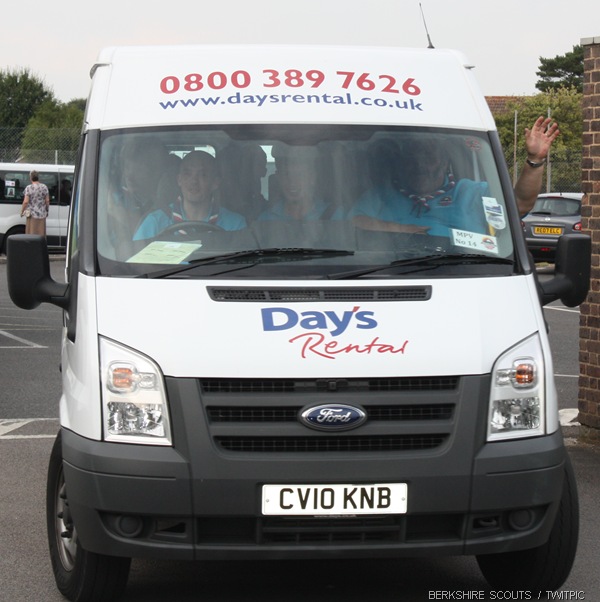 So ‘Why?’, I hear readers cry in disbelief. ‘Why now decide to not go?’ ‘110 other young people. Trekking. Rock-climbing. Canoeing. Mountain-biking. You’re turning all this down?!’

There is a simple reason.

For the benefit of the vast majority of people who are still unaware, whilst on Explorer Camp in Devon, I cut my leg. Really badly. Picture a terribly muddy assault course – with, as it quickly transpired, sharp rocks underneath it – and then add me. A divebomb later, and all of the fun ended, with a trip to Barnstaple A&E.

I’m always the first to hold my hands up after I make a mistake, and admit that, yes, it was stupid. But having successfully crawled through the same sludgy section of the course several times in the previous two hours, the painful twist to the last five minutes of our time on that activity was a big surprise.

It could have been a lot worse – it could have been just over a year ago, when I’d have been denied the once-in-a-lifetime ability to attend the World Scout Jamboree. As it happens, these county Scouting trips are biennial, so I’ve asked to be the first on the list for 2014’s expedition, by which point I hope to have just finished my A-Levels.

Even so, it’s a great, great pity. The Aragon team have been brilliant, kindly keeping the options to me as open as possible for as long as possible: I travelled home from our unit camp early, so as to meet the personal kit drop-off deadline of yesterday (Saturday) lunchtime, but knowing this could lock me out of my wardrobe for a fortnight if I chose, as I in the end did, not to go, they agreed I could bring my bags along today if I did come.

So there we are, my Aragon adventure is over, before it even started.

Full details, of course, of the injury will follow in the coming days, as the full write-up (with excellent photography from leader Graham Muncer) of last week’s camp is published. 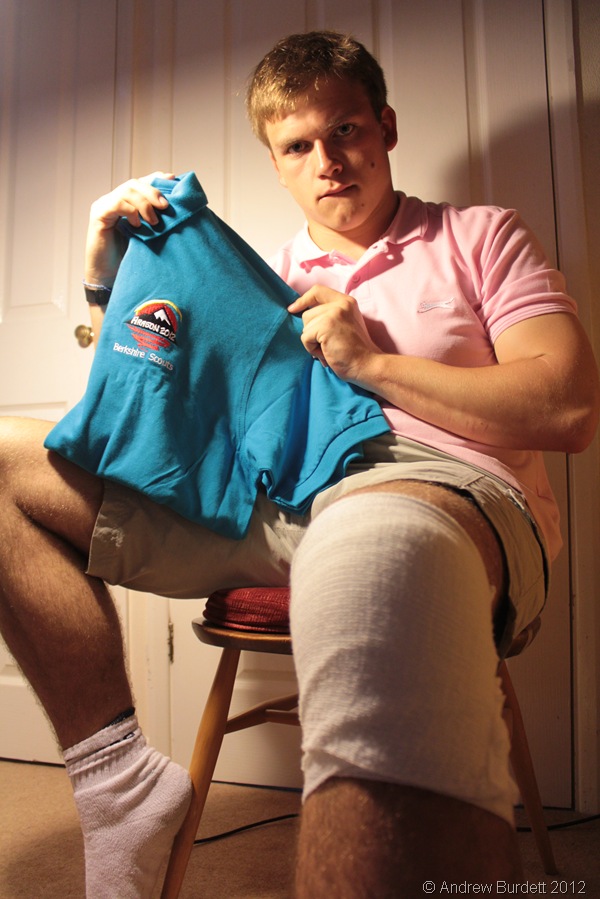