As the Olympic flame reached Hyde Park this evening for tonight’s massive evening celebration event in Hyde Park, Mayor of London Boris Johnson gave a grand, rousing speech (over chants of ‘Bor-is, Bor-is, Bor-is…’) to the 80,000 people that had gathered in the park. 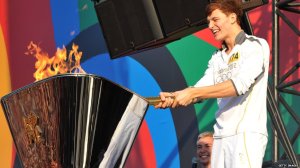 LIGHT MY FIRE: 19-year-old Tyler Rix had the honour of lighting the cauldron in front of the 80,000-strong Hyde Park crowd. 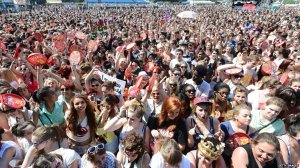 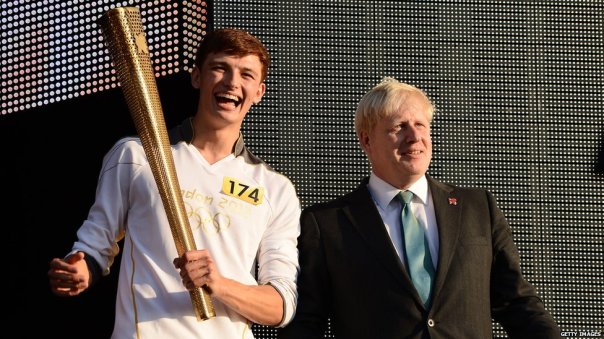 YOUNG AND OLD: Today’s final torchbearer, 19-year-old Tyler Rix, lit the cauldron before Boris Johnson made his seemingly impromptu, but brilliant, speech to the masses. 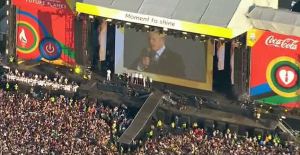 ALL EYES ON LONDON: On the eve of the Olympics Opening Ceremony, Mayor of London Boris Johnson delivered a rousing speech to the Hyde Park crowd. 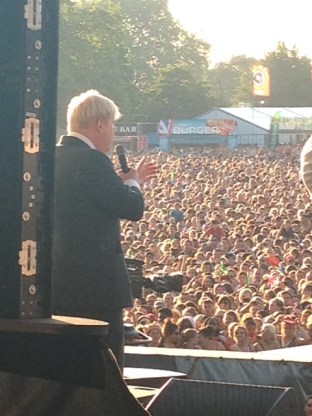 VIEW FROM BEHIND: Boris Johnson tonight tweeted this photograph from backstage at the event.

“I’ve never seen anything quite like this in all my life. The excitement is growing so much, I think the Geiger counter of Olympomania is going to go zoink – off the scale.

“Thank you very much everybody. Have a wonderful, wonderful London 2012. Thank you for all your support.”

To have been in the crowd, like my friend Tess Warn was, would have been a wonderful way to spend Olympics eve. But people across the internet have been able to enjoy Boris’s ‘Olympomania’ speech, with one Twitter user

comparing the term to something that Twenty Twelve Head of Brand Siobhan Sharpe (played brilliantly by Jessica Hynes) may say.