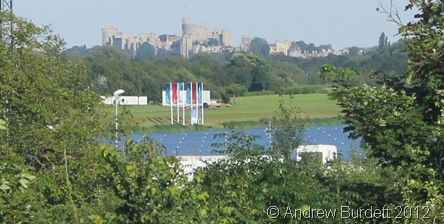 Making hay of the good weather, the four of us (my brother Matthew is currently away in France with the Taize community) thought we’d take an afternoon’s bike ride to Windsor. We decided to follow The Green Way, a waterside corridor that goes from Cookham, through central Maidenhead, and out to Bray. We joined on York Road (near the Maidenhead Library); followed it past Stafferton Way, the sewage works, and the Nature Centre to get to where it crosses at Hibbert Road; then continued on until where it finishes. We then found our way to Summerleaze Footbridge (the bridge, of course, was built to take away extracted gravel from Dorney Lake‘s construction on a conveyor belt), where we caught our first sight of the lake (known as Eton Dorney for the duration of Olympics) through a clearing in the trees. 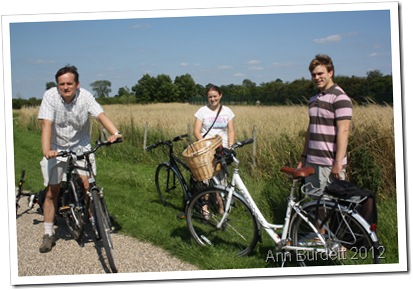 But that glimpse of blue, sparkling water was to be one of actually very few views of the rowing centre. Such is the security operation of the Olympic venue that when Mum harmlessly took out her camera, she was challenged by a soldier patrolling the perimeter fencing. (Fellow Maidenhead blogger Paul Baker, however, took a number of interesting photographs from inside the venue just a week before it closed to the public.) Mum and I at least thought this was a little extreme, given the lack of visibility to the venue anyway.

Further along the edge of the venue, though, we met a G4S worker and we began talking through gaps in the fence out of sympathy for his inevitable loneliness and boredom. On breaching the subject of the personnel scandal, he replied: "It’s the military boys I feel sorriest for," he said, "they had their leave cancelled at the last minute; roped in to help out my boss’s bosses. You know, loads of them have just got back from Afghanistan – two weeks ago, some of them – and they’ve had to miss holidays with girlfriends to spend it here, in long, boring days. They get paid less than us too. It’s not fair on them." This put our complaints over the restrictions on photography into perspective.

One of the things that most interested me was the presence of two 93-metre high towers at either end of the course. The cables that linked them instantly gave away their purpose: they’ll provide a high vantage point for the television cameras, with the wires being used to suspend a Flycam from, thereby providing global audiences with aerial tracking shots of each race. 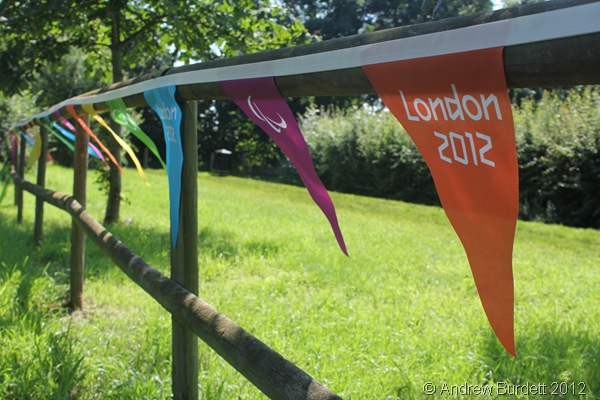 As we continued cycling, we spotted rather attractive multi-coloured bunting embellished with Olympic icons adorning the side of Court Lane. Then, as we pedalled down Boveney Road in Eton, flags of every nation participating in the Olympics could be seen in the distance. 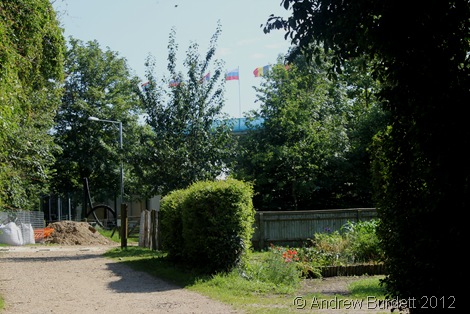 Whilst all very impressive to us Maidonians, for the people who live closest to all the action, it’s all been (in the words of one resident) a "nightmare". "Noise every night," one Boveney lady complained, "and in the day, banging and swearing". She told us that she works with the Eton College Summer School, and that travel even the short distance into work this summer will be horrendous, explaining the country road on which she, and just a handful of other people, live is the officials’ entrance into the Eton Dorney venue for the games. As a result, the one-vehicle-wide track will be "locked-down" from the middle of next week, and that could see her waiting to join it for long periods of time, as coaches and VIP cars go up and down. 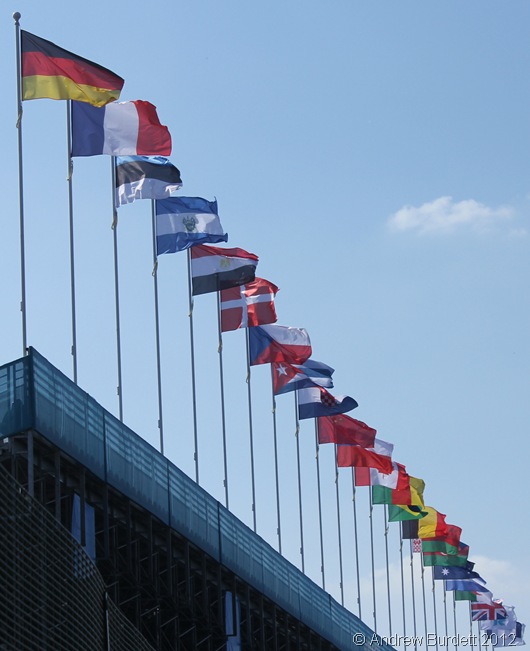 When full-blossom trees don’t restrict the view, her bathroom window looks out over the course – her driveway is two hundred yards from the spectator seats – but she detailed the long distance she’d have to make if she had tickets to any of the races on the lake: a walk to Windsor and Eton Riverside Station, a shuttle-bus to Windsor Racecourse, then another walk (itself about 30 minutes) to end up on the other side of the same fence from which she started.

There was no mention of the dragon-boat racing and barbecue held at the lake as a goodwill gesture for villagers in April, but I don’t doubt that she’s good reason to be so frustrated.

Saddling up again on our bikes, we pedalled into Eton, going under the A332 roadbridge and, in doing so, passing a great mural, by the artist Cosmo Sarson, completed only yesterday. 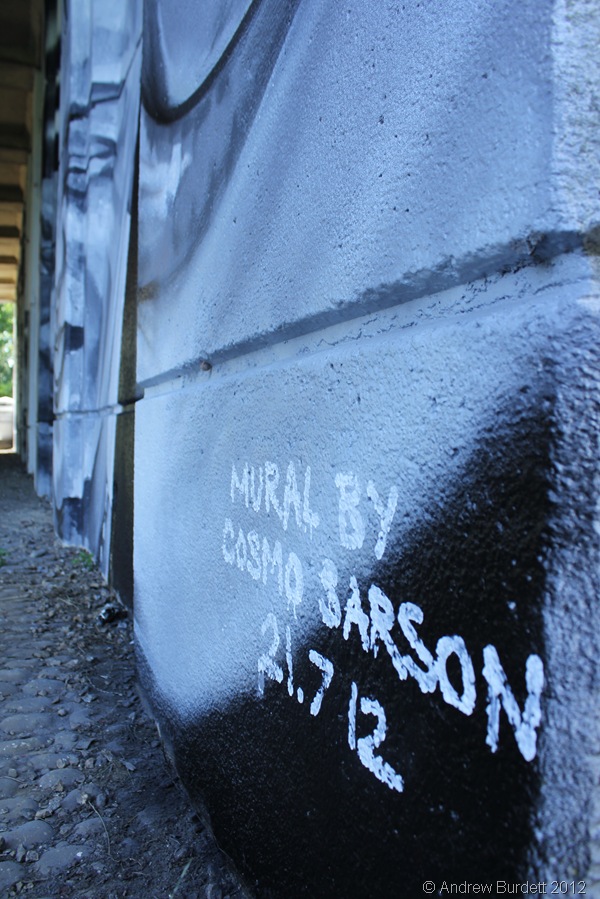 The great weather in Eton and Windsor had attracted thousands to the banks of the Thames, and the river itself was also very busy with hire-boats and afternoon cruises. 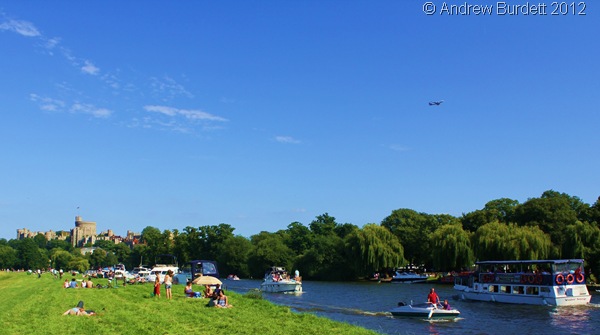 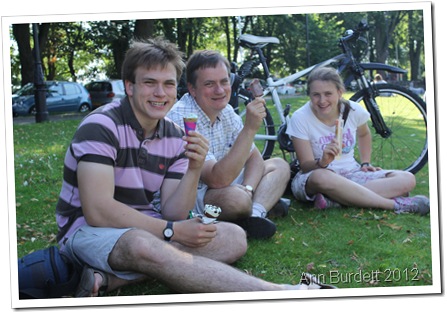 After crossing the footbridge into Windsor, we bought ice-creams from a very busy refreshments hut and ate them looking at the water. It was too tempting for me: I was desperate to jump in and swim to the other side. I approached the water and gradually lowered myself in. Suddenly, though, I had a moment of realisation that stopped me going any further in than thigh-deep: my clothing was very light in colour, and the water was turning it translucent. Not wanting an embarrassing moment in the pelvis-department when I reached the other side, I got out again – much to the disappointment of some of the tourists and local families who’d been ready to laugh at the fat idiot as he tried to cross the Thames. 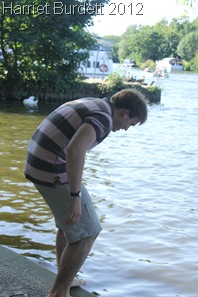 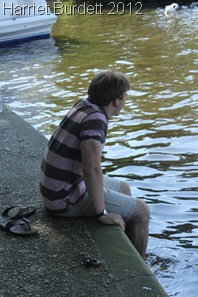 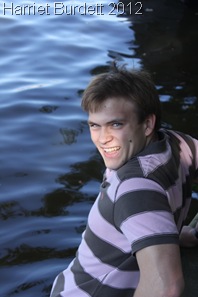 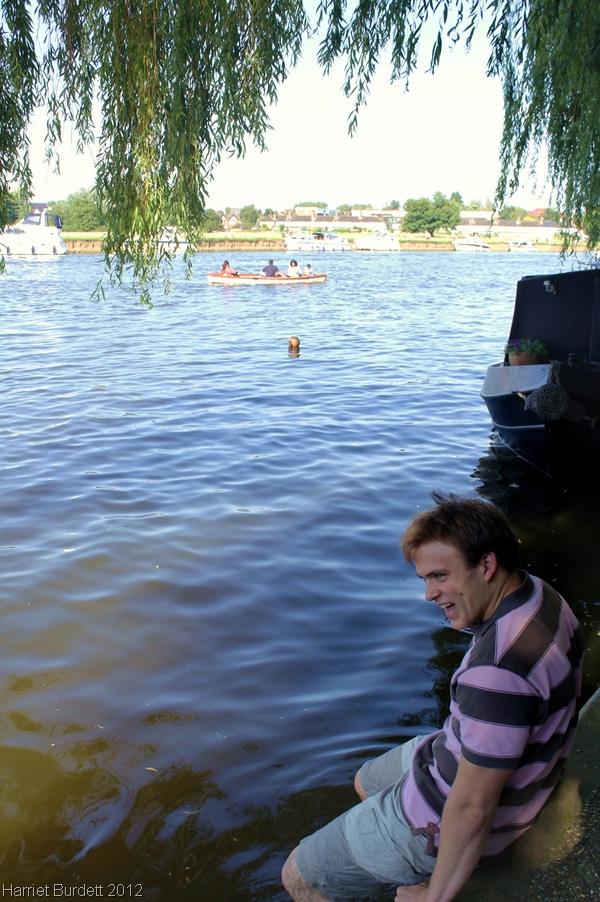 Our bike ride concluded with us all accidentally splitting up at Maidenhead Bridge, eventually finding our own ways back home. It had been, though, a lovely afternoon, thanks to the sunshine, the scenery, and the people we’d met along the route. 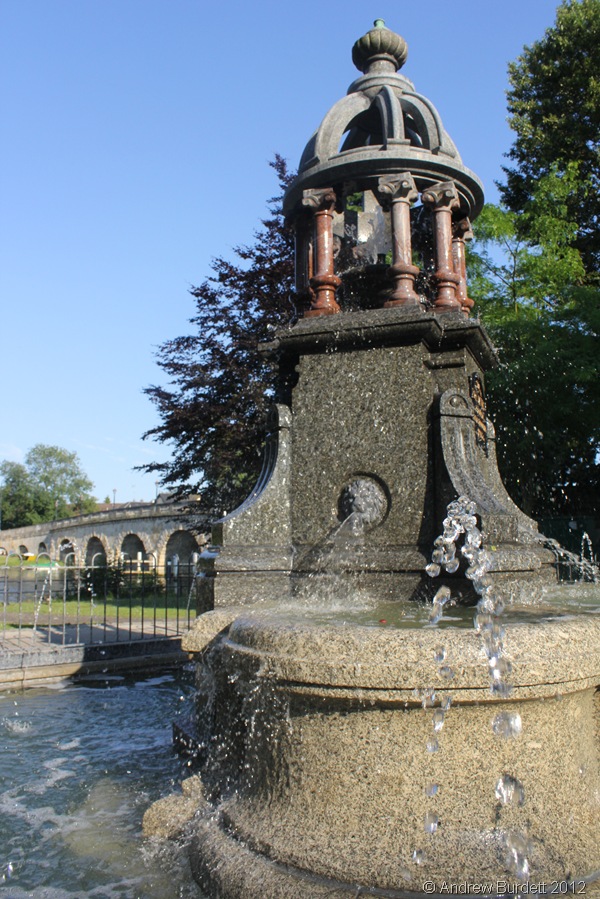