Last night saw me taking part in a performance of The Tree of Light in Oxford’s South Park, the overnight resting point of the Olympic Torch Relay. 850 people took part in the performance, staged in front of an extremely impressive ‘tree’ built around scaffolding. There’ll be a full post from that in the next few days, once I’ve edited together the best bits of my behind-the-scenes video (you won’t find a more comprehensive video from backstage in Oxford anywhere else in the world) alongside photography of the torch and a text write-up of the amazing day. 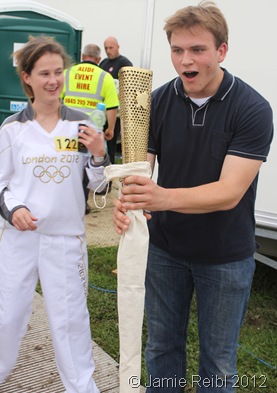 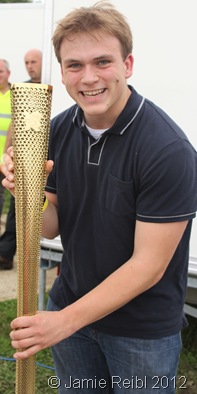 Today (Tuesday), on Day 53 of the relay, the torch will travel 87.05 miles and pass through fifteen communities – one of them being my hometown of Maidenhead. Leaving Oxford at 7:05am, it will visit Abingdon, Wallingford, Crowmarsh Gifford, Nettlebed, Henley-on-Thames, and Bisham Abbey, before arriving at Furze Platt Road (the A308) at 10:48am.

Pupils from nearby Courthouse Junior School are expected to be walked through Cranbrook Drive to watch, while Furze Platt Senior School pupils will see the torch pass right by their school’s gates during a special Olympic-themed day of sport and activities. Arrangements for many other schoolchildren from the town and the borough have been made, with some Windsor schools reportedly offering their pupils the afternoon off. 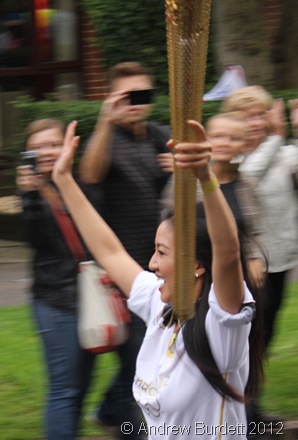 Its full planned Maidenhead route is as follows (*timings are estimates and cannot be expected to be wholly accurate):

After leaving the town, the convoy will drive to Burnham, followed by Slough, Windsor, Egham, Ascot, and Bracknell, with tonight’s evening event held at Reading’s Madejski Stadium. The torch can look forward to a boat trip at Henley, being carried in a rowing boat at Eton Dorney Lake, and then an audience with the Queen and the Duke of Edinburgh in Windsor.

Kicking the proceedings off this morning is Sir Roger Bannister, doing his stint at the Iffley Road Stadium where he famously ran the first four-minute mile. 110 other torchbearers will ensure the flame is displayed proudly today, for the predicted crowds of thousands to see.

You can expect live updates on Twitter from the Maidenhead Advertiser, who’ll be in the media vehicle (affectionately referred to as ‘the Horsebox’ by hacks and media-geeks due to its prior role), with their reporters @PhilDewey, @JJBalson, and @amandajhall tasked with covering the event.

But don’t forget to come back here – The Andrew Burdett Blog – to see my own take on the morning, with photographs of the relay passing these streets.

Click here to reach the LOCOG press release ahead of Torch Relay Day 53.