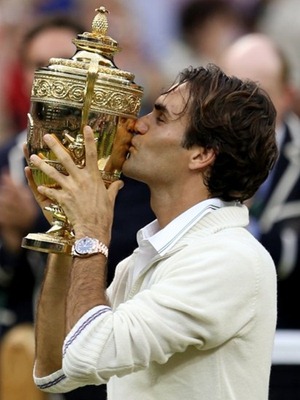 It ended like we’d sadly all been expecting – a win to Federer after this most tense and exciting of Wimbledon Men’s Finals. But so few of us would have admitted that we didn’t have absolute confidence in our Scottish hero (the first British man to even reach the Singles Final in 74 years) going all the way, if you’d have asked earlier in the weekend. 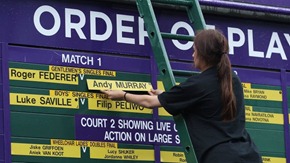 That said, when both Andrew Castle and Mark Petchey (former British Number Ones) were asked for their predictions on today’s game, they both concluded that it would be Federer who would take the trophy (and the £1,150,000 prize money). “Murray is good enough to win and Federer isn’t invincible, but I can see Federer sneaking through based on the fact that he’s been there and done it six times before.”, Castle said. And Tim Henman was quick to point out that Murray has beaten Federer more times than Federer has beaten Murray.

“How big is this match, historically? I keep hearing that question here. A personal view is that it would be the biggest triumph on home soil since 1966. Virginia Wade, Ashes victories and Nick Faldo winning The Open were all big. But Britain reclaiming men’s tennis from the mists of 1936 would be immense. We’re about to watch the greatest of all time slug it out with the best British player for 74 years. It’s perfect staging.”

Perhaps for just a moment we let ourselves imagine that the hyperbole-driven coverage of these Championships, in (as we kept being reminded) the year of the Diamond Jubilee and the fast-approaching London Olympic Games, would successfully inspire and drive Murray to win. Further boosted by Englishman Jonathan Marray’s win with partner Frederik Nielsen in the Men’s Doubles Final yesterday (Saturday) – the first British winner of that title for 76 years – an audience of 20 million were expected to tune in this afternoon hoping to see a final jewel added to this year’s British sporting crown. 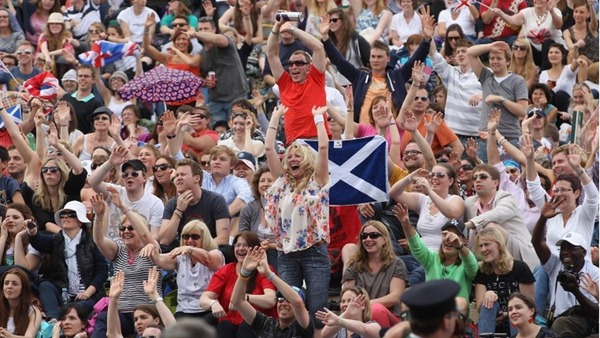 By the time the play had been suspended due to the rain, Murray had played a great first two sets, with Federer making an uncharacteristically high number of errors – 25 against Murray’s mere ten. Murray had won the first set and Federer the second, making for edge-of-the-seat viewing.

“Brollies sprout up. Covers dragged over the turf. “Ladies and gentlemen play suspended.”” 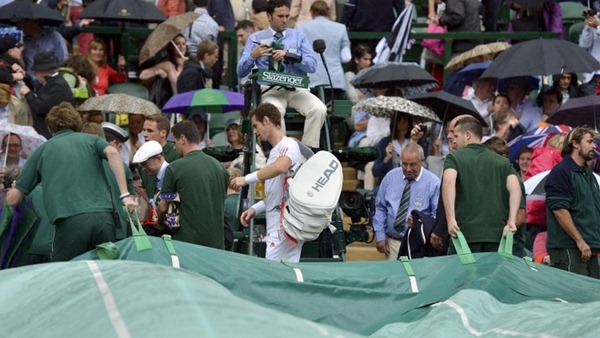 Everyone knew, though, that when play resumed with rain hammering down on the now-covered Centre Court, two things were to Federer’s advantage: his own stamina (believed to be greater than that of Murray’s), and his track-record of success with the roof on. 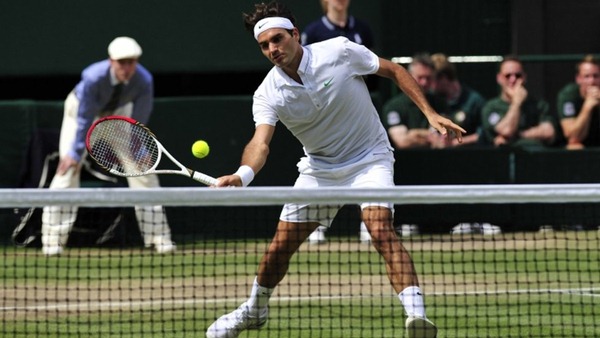 As those on Murray Mound watched the big screen from the shelter of brollies, things changed for the worst. Federer went on to win a faultless third set in 49 minutes, and then won the fourth set 6-4. Winner of the game, and also of the title for the seventh time.

The commentator’s closing remarks on World Number One Federer: “He may have broken British and Scottish hearts, but he’s a deserving winner.” Murray, though, was the true legend of the game – loved by those at BBC Big Screens across the country and in front of TV sets around the land, but adored above all by those at SW19… especially his dear mum. 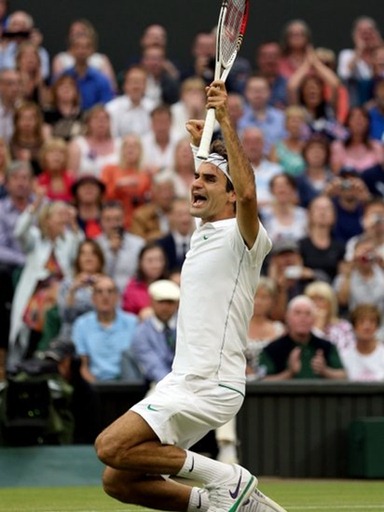