If yesterday’s (Wednesday’s) Graduation Ceremony was the pomp and ceremony, last night’s Graduation Ball (School Prom) was set to be the true celebration for the end of GCSEs, Year 11, and compulsory school education.

Louis, who I’ve really only got to know over the last two years of GCSE German lessons, invited about a dozen of us around to his house for pre-prom drinks. With the heat of the baking sun, which was making one of its first appearances in this wettest of Junes, I wasn’t sure whether to go dressed or to take my dinner-jacket, dress shirt, and trousers to change into there. In the end, I decided to go ‘suited-and-booted’, making sure to bring a handful of handkerchiefs ready to mop my unpleasantly inevitable damp forehead.

After playing on his console and trying our hand at games of pool, his mother took photographs of the group of us and then we walked down the hill to school. There, Chloe had meticulously arranged for an old Routemaster bus to meet us and about 45 of our fellow Year 11s, before taking us to the venue of the prom, Court Garden in Marlow. 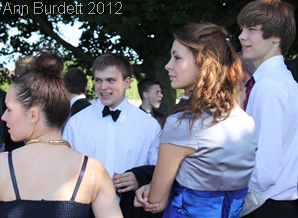 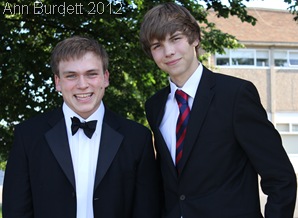 Of course, one of the great pressures during the run-up to a school prom is finding a ‘prom date’; someone to arrive with, talk with, and dance with throughout the evening. Fortunately for me, I’d long been sorted: my friend Lorna – who’s been a source of fun, compassion at times, and consistent friendship throughout the five years we’ve known each other – texted me in early October with the message “I’ve shot gunned you for prom x”. Stepping out of the car she’d come in, she looked incredible; elegant in a vivid scarlet dress, wearing delicate silver diamante heels, her hair perfectly curled and pinned into a side bun. 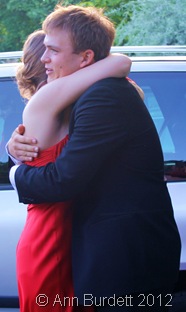 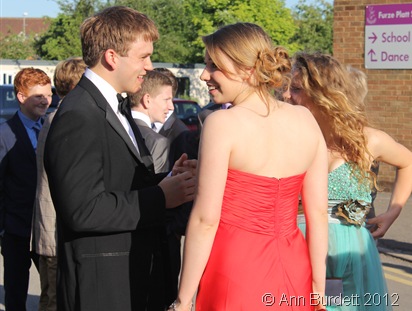 All of us stood and smiled as emotional mothers, proud fathers, and knowing elder siblings looked on, some with cameras photographing this pinnacle of our school careers, delighted both in us and for us. 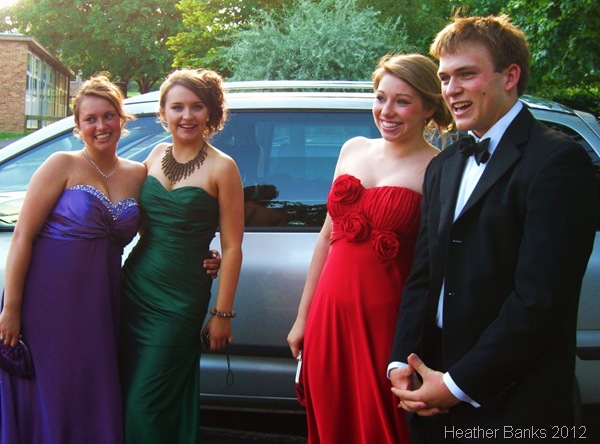 There was, however, only one concern for us: there was still no sign of the promised bus. Chloe, though, seemed blissfully relaxed about the issue that was concerning Lorna and me if no one else. But by 7:00pm, our perhaps unfounded fears were quelled, as the vintage London vehicle pulled into the school lay-by, and the three-score of us had made our way to it. 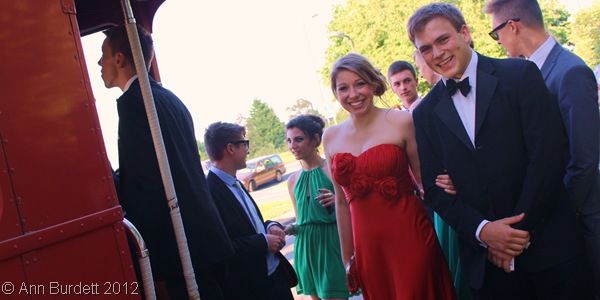 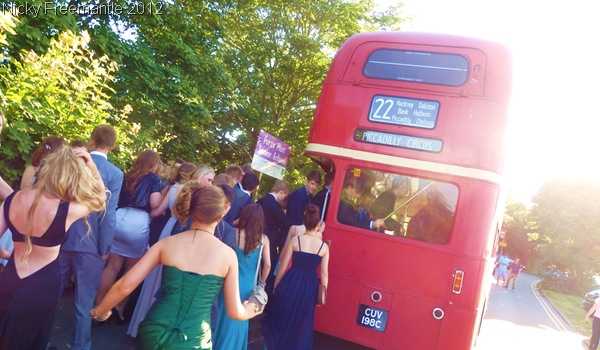 Our Routemaster wasn’t the only memorable arrival in Marlow: other modes of transport included luxury cars, boats, and the more traditional own two feet. 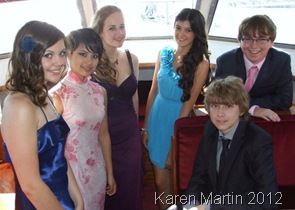 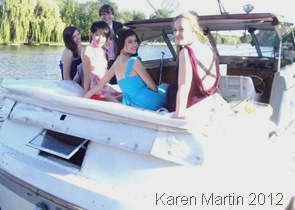 It was remarked that all bar none looked resplendent, with the gentlemen in suits and DJs, the ladies in frocks of every colour. 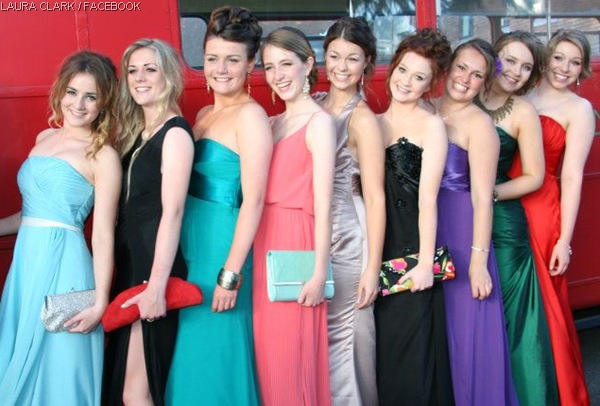 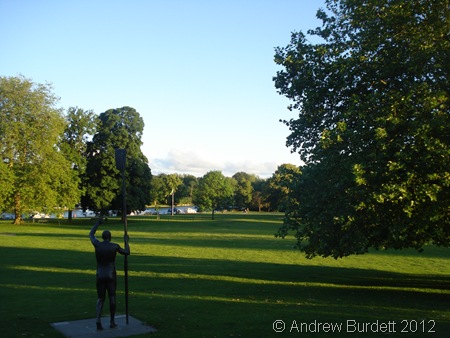 After walking up the red carpet, Lorna’s arm in my own, we produced our tickets to the lady on the door and were allowed in. A noticeably old disc jockey was playing vaguely popular songs, yet the dance floor was deserted: instead, those who’d entered the building before us had gone straight for the balcony that looks out over Higginson Park, on the other side of the building. Mercifully, the temperature had now dropped a little and a cooling breeze made the evening truly pleasant. This was the last official gathering of us as a year group, and there was a great source of conversation as we discussed our individual plans for after the summer. Many are staying on at Furze Platt for Sixth Form. Some are going to other schools or colleges, for a range of different courses. A handful, like one of the only people to have shared each step of my education, are beginning exciting apprenticeships, while just a few hope to start full-time jobs.

Rory spent most of the evening at Mr Shepherd’s side – much to Sir’s irritation. Sounding like a broken record, he continually spoke about the same things over and over again. Mr Bown and Mr Towill were more fortunate, free of hassle from any students and therefore able to discuss, I’m sure, their next big ideas and schemes for the coming academic year. 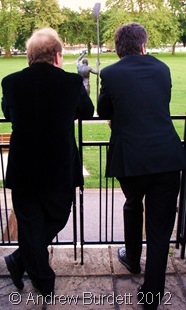 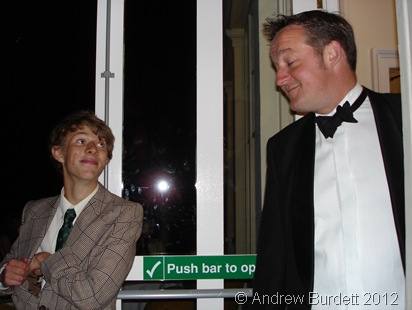 Lorna and I drifted in and out, finding ourselves doing loops of the balcony, the bar, the dance floor, and then returning to the balcony. She was the perfect partner: she too, whilst a tremendous dancer in choreographed routines, felt out-of-place moving on the spot seemingly pointlessly. And every time I tried copying the wibbly-wobbly jigging of my peers, I became aware that I looked ridiculous, so stopped.

However, the classic opening “This is something new,” [it now very much isn’t] “the Casper Slide Part Two”, signalled the start of that most famous of Noughties records. “Come on, dear,” I said tenderly, “it’s the only one that tells us what to do”. And with that, we joined the discotheque to “slide to the left”, “stomp” on our ‘right foots’, and “cha cha real smooth”.

Food came in the form of a light finger buffet, with delicious (and extremely popular) chicken strips, hot cocktail sausages, and warmed sausage rolls. Drinks were, at first, free, due to a till error that meant the bartender couldn’t actually charge for the drinks she was pouring. Sadly, the issue was soon resolved, but the charges were fair.

At 10:55pm, the duty of closing the event fell on me, and I took to the microphone to encourage my fellow party-goers to cheer for those who’d organised the prom – Mr Morbey and Ms Morris – and the graduation ceremony yesterday – Ms White and Mr Bown. I introduced Rihanna’s We Found Love as the last song, then made my exit.

But the party was not over. Molly Philips had, by some incredible negotiation, got her parents to agree to hosting a party for the entire year. I stopped at my house en-route to change, knowing I didn’t want anything spilt over my Ted Baker threads, then arrived at Mol’s at about 11:45pm. The affair was already in full swing, and it went on long into the night. I drank, to the unjust surprise of many, but maintained my record for having never been actually drunk. The merriness of everyone broke down normal social boundaries, allowing me to talk openly and freely to those to whom I would rarely speak.

With shrinking numbers of revellers, a small band of the sober amongst us began the clean-up operation at 3:00am. We walked the last guests home, delivering them safely to their parents (who restrained their anger until the morning), then hopped the fence to Zac’s house, finally collapsing on his living room sofas at about 5:00am. “Can you draw the curtains, please?”, Ollie asked, too tired to realise the source of the early sunlight was in fact the skylight window in the ceiling, which lacked curtains to draw. 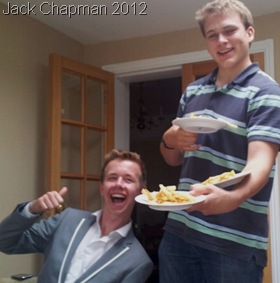 I slept for only a few hours, and by 8:00am I was up and starting to cook my mates breakfast. Their bellies, however, had not aroused, even if they presented a semi-conscious mind, so I was left to consume more bacon and egg sandwiches than I care to mention.

At 10:00am, I walked up the hill, almost eighteen hours since the evening began.

It was, undeniably, a truly great night, and I’m so grateful to all those who made it so memorable.

The author wishes to thank those who have allowed the publication of their photography as part of this post. Every effort has been made to contact copyright holders for permission to publish material on this blog. In some cases, this may not have been successful. If any material has been included without permission, then please contact the author and he will endeavour to rectify the issue.

Sad that school is completely over