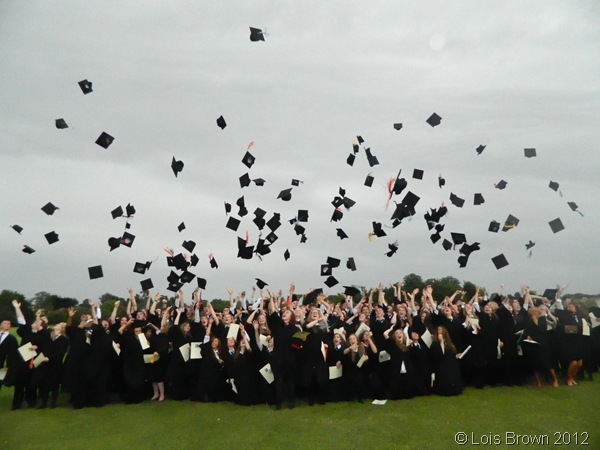 Today’s date had long been in my calendar for two reasons: firstly, it was to mark the end of my GCSE season, with this morning’s German Reading paper. But it was also the date scheduled for our formal farewell ceremony from Furze Platt, a university-style ‘graduation’ from compulsory education.

Music played at the event included sections of Vivaldi’s Four Seasons and Elgar’s Pomp and Circumstance March No. 1 (sadly, the original, non-lyricsised version – I was all up for bursting into Arthur Christopher Benson’s words).

Ms White, our brilliant Headteacher, spoke briefly about her own delight in us as a year group, and reminded us of a metaphor she’d used in a particularly inspiring assembly just before the first exams. “If school has been like a race,” she began, back in April, “then here we are on the home straight. Some have paced themselves throughout, working hard every step of the way. Some started too slowly, and have had to speed up recently. Others…” (pointing to a projected image of a charity fun-runner), “perhaps had a laugh and a joke along the way, but have now made it here too.” Today, it very much felt like we’d reached the finishing line – even if only the finishing line of this race.

Since the school moved to a vertical-forming House system when we were at the end of Year 7, students have attended morning registration ‘form’ periods alongside just a few others from their own yeargroup, plus three or four other pupils from each yeargroup. It’s a system that, on the whole, works well, and the Houses (each named after local Thames towns) create a strong union between students of all ages. 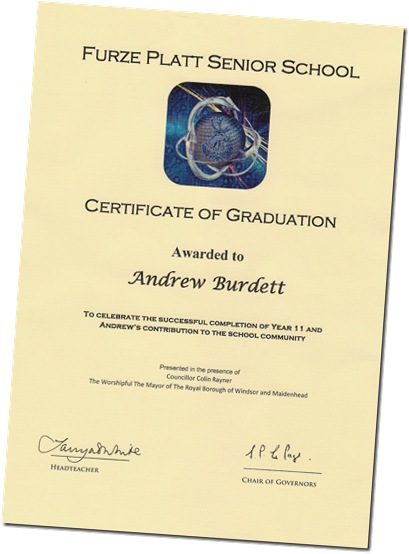 For this event, each Head of House gave a brief speech about their House’s general achievements over the half-decade, and Mr Molin (Henley’s Head) spoke of the moment we were crowned the first ever House Cup winners back in 2009. He also spoke of how we are still in the lead, after triumphs on the sports field, astonishing amounts of charity fundraising, and the ‘Last Choir Standing’ House Competition (the final of which took place during the Christmas 2011 whole-school celebratory assembly, in which I was the sole Year 11 to come in for and sing at) which we won.

Each student from the respective Houses was then called up to the stage – our beaming September faces projected onto the wall (aside from my friend Daryl, who was ill on the Year 11 Photo Day, so instead had his rather embarrassing Year 7 photo displayed) – to shake hands with the new Mayor, Councillor Colin Rayner, before collecting a certificate from Ms White.

After politely applauding all of our fellow Year 11s (some of whom I’m sadly unlikely to ever see again, due to my planned absenteeism on Results Day and their departure from Furze Platt), we listened to Cllr Raynor’s “amazement” at the Borough’s youth, before leaving the sweaty building (filled with a congregation of around 500) for the customary photographs.

My great friends Lorna and Zac joined me to recreate a 2011 photograph taken on the last day of being Year 10s, though this time Lorna was looking more beautiful, Zac more happy, and I more old… 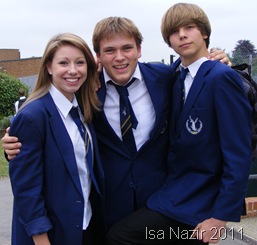 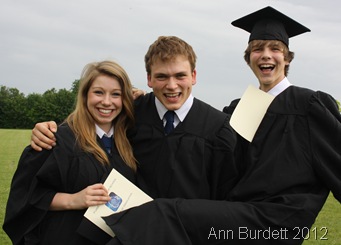 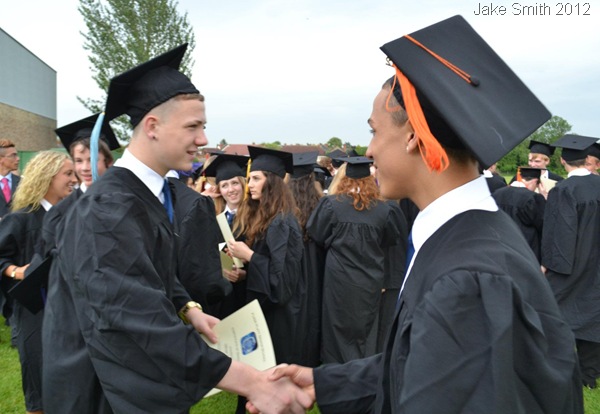 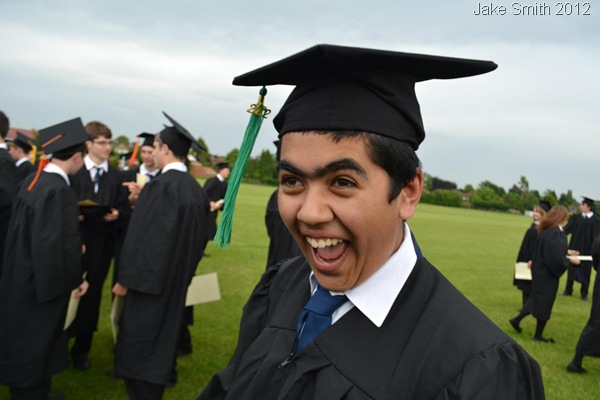 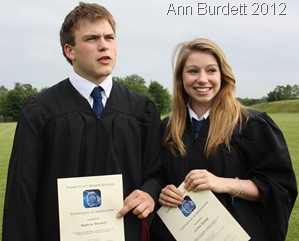 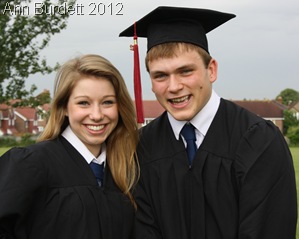 As we handed back our formalwear, we were allowed to keep just one item as a memento of the afternoon: our tassel. Each one was in our respective House’s colour (royal burgundy for Henley), and marked with this year’s date. Geoff, though, was somewhat displeased with his ‘2011’-marked souvenir, but laughed it off at the end of a tremendous day. 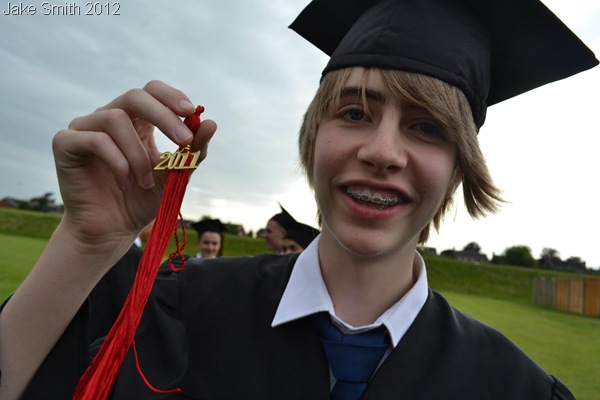 I’m indebted to the school for such a great five years, and can now look forward to an even more exciting couple – relishing the increased challenge of A Levels and Sixth Form study – as I hope to join Year 12 in September.

To those classmates who I can’t expect to see again, I wish all the very best of luck. To those who are, like me, hoping to stay on at Furze Platt, I’m pleased we’ll be ‘sticking together’. But to all my fellow members of the Year 11 Class of 2012 – for now, at least – goodbye, good luck, and thank you.