This summer, I’m heading off to Aragon in Spain, for a three-week long adventure holiday with Berkshire Scouts. It’s an exciting trip, not least because of the variety of activities on offer: so far as I understand it, each night we’ll be offered a choice over what we do the next day, with options ranging from climbing to mountain biking.

However, in order to take part in some of the more advanced water sport sessions, and because I knew it would generally be beneficial towards my upcoming DofE Silver expedition in the Broads, I signed up for a four-day long BCU 2 Star kayaking and canoeing course at Longridge in Marlow, which started on Tuesday.

Each day started at 9:00am and ran through to 5:00pm, and though breaks separated the paddling, it has still been a tiring week. As my friends and followers on Twitter know, I’m rarely ever really tired, but by Wednesday evening I was "exhausted".  (Though my comments were hardly met sympathetically by fellow Twitter-user Phil Bray.)

"Unusually for me, I am absolutely shattered – in fairness, I’ve done two days (half) of a canoe/kayak course so far, and am exhausted."

I’ve always been interested in canoeing and kayaking, often joining in with council-run water days at Hurley in the summer holidays. I love the independence of kayaking, where you’ve no one to slow you down, but I’ve been stronger at canoeing since starting training for my DofE Bronze canoe expedition, which took place last June.

The first two days of the course were devoted to kayaking, and I had to learn quickly to keep up – all of the other attendees had done a formal BCU 1-star course (in some cases just weeks earlier) focussing especially in kayaks, whereas I’d learnt bits as I’d gone along, over a much longer period. For me, it was the first time I’d ever worn a spraydeck (a waterproof ‘skin’ worn around the kayaker like a skirt, and then tucked around the boat to ensure the space in which the kayaker is sat remains dry), meaning I had a whole new experience in handling the boat. The Centre’s spraydecks are one-size-fits-all (meaning, of course, one-size-fits-none), so weren’t as waterproof as our instructors’, but I still understood the difference they make on one’s paddling.

Yesterday (Thursday) saw us swap kayaks for canoes, as we started a punishing morning on our joints, kneeling down on the uncomfortable base of the boat to learn solo-canoeing techniques. It’s something I’ve never done before so a complete new skill, as one has to know how to steer the boat in a straight line, despite only paddling on one physical side of the boat.

After lunch, we partnered up, and I took the back of a canoe with Tom, a tall, thin guy, who must be in his early-twenties. We were a lean, mean machine, powering off so fast we left fellow course members in our wake. This was, in fact, a real problem for the other members of the party, so we slowed down to be less anti-social.

We made our way through the lock, walking our boats out and over as we mistakenly believed the lock-keeper to be absent. We then refloated our boats on the other side, carried on under the bridge against the direction of the current, and then turned around just after the bridge, by Higginson Park. At this point, Tom and I swapped positions, with he moving to the back and I moving to the front. I’m less happy and much less experienced this way around, but it was good to get an idea of what it’s like in a different combination.

Making our way back, there was a moment of hilarity as a particularly squeamish girl, Tasza, was given the task of holding the algae-coated chain as we went through the lock! 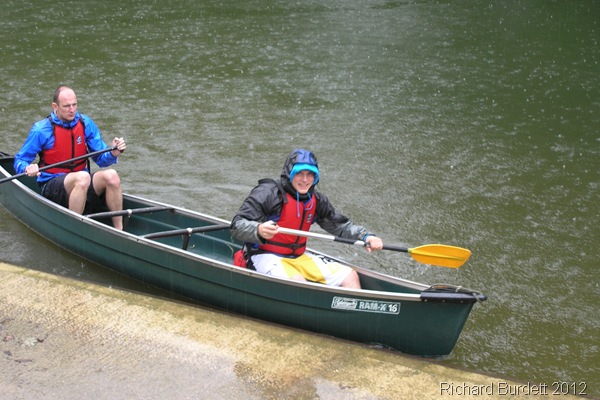 This morning saw us completing our canoeing section, learning how to rescue a boat with both a
Then, after a tea break, it was back into the kayaks for the rest of the day, concluding with a game of ‘canoe polo‘ (which, despite its name, is apparently always played in kayaks).

I was delighted to learn that I passed the relevant requirements and was therefore signed-off to allow me to receive my official certificate. I really enjoyed the course – our main instructor, Adam, was great – and look forward to applying my newfound skills to future paddling adventures. 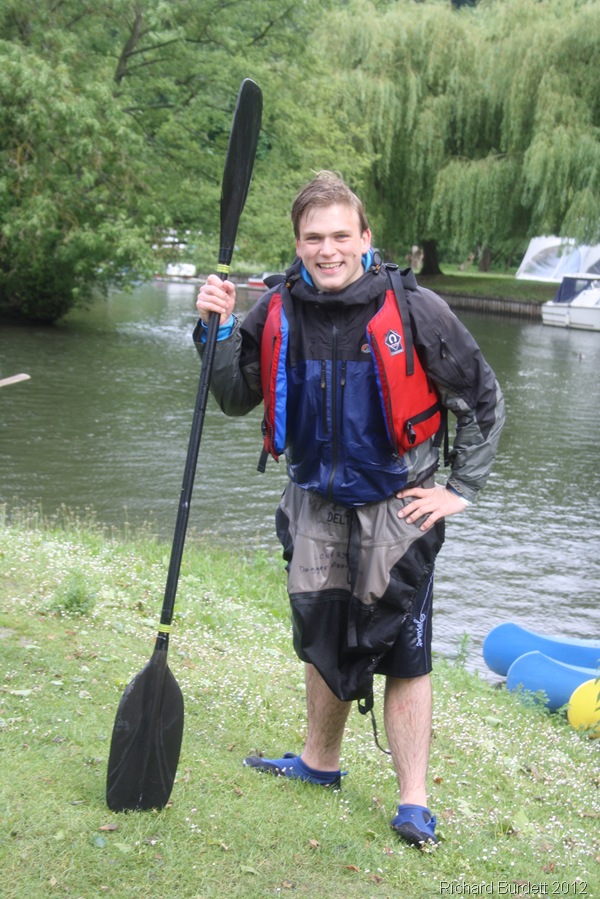