Back in late February, when our English teacher told us that we’d be starting the preparatory work for our Poetry exam soon, I was one of the few (certainly one of the only boys) who didn’t let out a loud groan. The truth is, if deep, meaningful poems are explained to me so I can appreciate them in their full glory, I really love the joy of debating why a poet may have chosen one phrase over another, or the significance of connotations relating to a particular word. 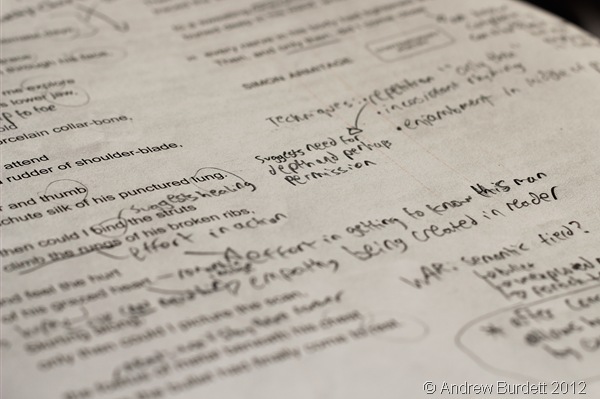 But the regurgitation of taught ideas on a named poem from the anthology – and then the subsequent comparison of those ideas to ideas presented in one other syllabus poem of the candidate’s choice – makes up only one of the two sections in the English Literature (Poetry Across Time) exam. The other section is an evaluation and analysis of a previously unseen poem, with a theme that could be on anything. Last year’s, for example, was Vicki Feaver’s Slow Reader, a poem which, as its name suggests, is about the difficulty of engaging a child in literature. However, armed with a handy method for approaching the dreaded unseen poem question, I was relatively confident as I entered the sweaty exam hall this afternoon.

I had difficulty deciding which of the two questions – and named poems – to choose, but eventually decided to compare the ways the poets use language to represent relationships in Grace Nichols’s Praise Song for My Mother and Simon Armitage’s The Manhunt. This, I think, may have been a bad decision: the types of love portrayed by both are very different, but The Manhunt is the one I knew I’d be able to write about best, and after about 50 minutes I think I managed to put together a decent response to the question.

I then moved on to the unseen poem, which was Isobel Thrilling’s Children In Wartime. Before entering the exam hall, I’d been worried I wouldn’t understand any of the poem at all, but fortunately, this was not the case, and I spent the remainder of the time looking in detail at the images created and the effect of the words.

Sirens ripped open
the warm silk of sleep;
we ricocheted to the shelter
moated by streets
that ran with darkness.
People said it was a storm,
but flak
had not the right sound
for rain;
thunder left such huge craters
of silence,
we knew this was no giant
playing bowls.
And later,
when I saw the jaw of glass,
where once had hung
my window spun with stars;
it seemed the sky
lay broken on my floor.

Overall, I’m not gutted with what I wrote – I think I gave it a good go. Sadly, even if I’ve done vaguely well in this paper, I fear my English Literature Unit 1 (Modern Texts) mark may pull me down significantly. Anyway, there’s no more I can do now. I’ve one more English exam to go (that’s the long 2hr 15min Language paper on Tuesday), but English Literature at least is now ‘done and dusted’.