There must be a certain sense of déjà vu for regular readers. Precisely fourteen weeks ago, on 12 January, I wrote a similarly titled blog in which I described the pleasant surprise that was opening my Maths exam result envelope to see that I’d been awarded an A in the GCSE Maths linear exam I sat in November.

"I got an A, which I’m very pleased with – it’s much, much better that I’d been expecting (I wasn’t holding out for anything greater than a C)."

"Where many may criticise me is in my want to still retake. Just briefly, I’ll explain my reason. Before the exam, I was consistently getting As and A*s in the past-papers. An A is a fantastic result, don’t get me wrong, but if the opportunity arises (especially as I’m hoping to do Maths at A-Level), I’d love to retake so I can have a shot at bettering it."

"Congrats on the A! To have one behind you already is great, and if the re-sit goes better you’re laughing!"

I said on the morning of that January ‘reveal’ that it was set to be a "big day" with both the results and the Furze Platt Sixth Form open evening later on in the day (two important factors in the path of my future). This time, I had four different meetings I was supposed to attend during the half-hour registration period, immediately followed by a quite crucial GCSE German oral controlled assessment, and then the retake result at 3:15pm.

Sadly, my oral controlled assessment didn’t go as well as I’d hoped: there was quite a big gap between when I put down the notes I’d made beforehand and when my teacher finally pressed the red circle to begin the Audacity digital recording. Consequently, I wasn’t as fresh as I would like to have been with my plan, and as the recording went on I slipped up on various bits. That’s inevitable of course – I’m no great linguist, and I’ve found the only way to complete the written and spoken tasks is to make and learn a German ‘script’ before the day. I went through it every day in the Easter holidays (more time than I’ve ever had to prepare for such an assessment) but I’m worried I’ve left myself down. 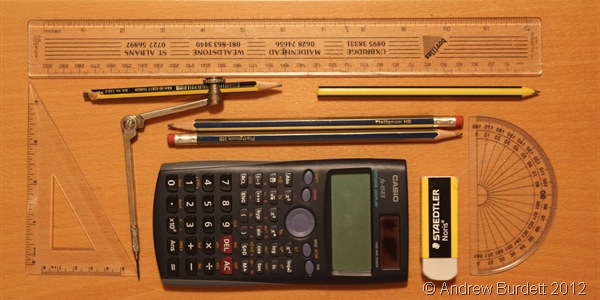 I’d managed to forget about the looming exam result until the end of the last lesson, when someone mentioned that they needed to go and get their own grade-card after school. I was actually quite relaxed, and didn’t run as I had in January to fetch the sheet of printed paper, but rather walked slowly and calmly. That said, by the time the envelope was in my hands, I was desperate to see whether I’d managed to beat my A, or whether (as the pessimistic front I often adopt ahead of exam results had predicted) I didn’t quite make the A* grade I’d really been hoping for. 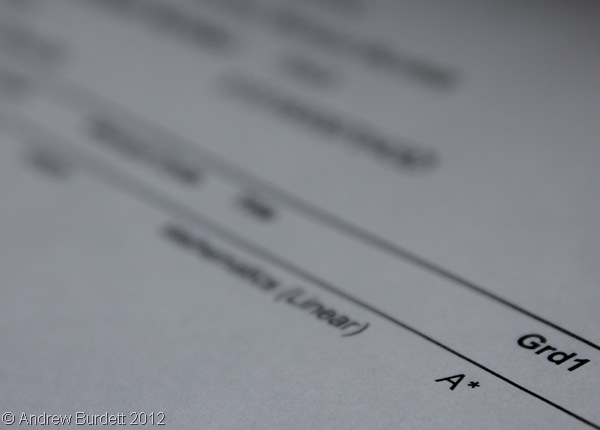 The actual grade I was awarded resulted in me being truly delighted. As the first full GCSE to complete (my school did the now-outdated Edexcel linear paper), the good news serves as a confidence-boost to me. But this is no time to celebrate, or to leave the piles of revision guides and textbooks that litter my desk: the exam season proper starts in less than four weeks.