"Grab your balls": the remark which began our first game of two at the Tenpin Bowling Alley, as we Sparklers met on the penultimate day of the Easter holidays. There were ten of us altogether, including leaders Roger, Sonya, and Gill, and myself and six other young people. It was decided to use two lanes, so as to shorten the wait between bowls, and consequently we split into two teams of five – one primarily made up of boys, the other primarily girls.

Both lanes got off to a slow start, with balls careering off to the side of the alley, and all of us failing to knock down more than half a dozen pins each time. But half way through the game, I overtook Matthew Summers’s early lead, and set the theme for the rest of the game. Gill Curry very much ‘brought up the rear’, despite an unapparent piece of heritage. "My father was an excellent spin-bowler in cricket", she announced proudly. I replied, "Really? It’s such a shame the trait wasn’t passed down through the family." 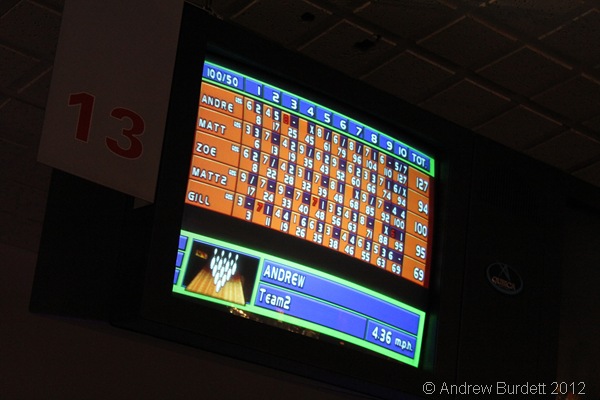 In the second game, though, she turned her fortunes around, and to everyone’s (including her own) surprise, she topped the leaderboard from the beginning. She held her premier position right up to the end, when in an extremely close finish (comparable to that of the Grand National hours earlier), I knocked her off the top spot by one pin. 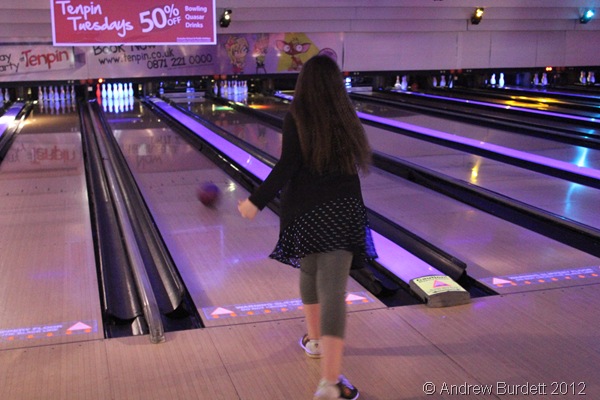 Gathering our things, we swapped back our lurid red and blue bowling shoes for our own footwear of an altogether duller tone, and then eight of us walked to Pizza Hut for dinner. 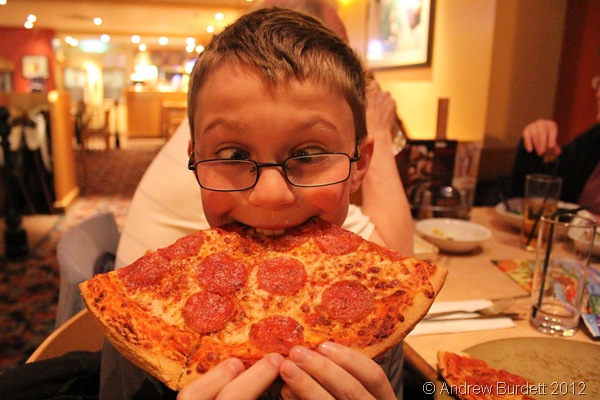 Determined not to be defeated by the overwhelmingly large BBQ American dish I’d ordered, I was one of the last to finish, but finish I did. ‘Doggybags are for wimps,’ I thought to myself as I forced down the last slice, ‘Come on, I’m a man.’ In spite of the overeating at the end of the evening, it was great to spend some time with my fellow Youth Church members at a relaxed, social, ‘Sparklers-only’ event.