Over the last fortnight, each of the eight houses at Furze Platt (all named after nearby towns which lie on the Thames) has organised charity fundraiser events. From bake sales to magic shows, car washes to concerts, hundreds of pounds has been made for each house’s chosen charity. 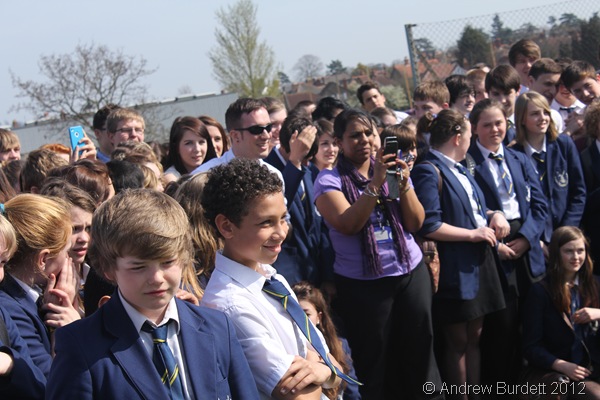 Today, it was the turn of Windsor House to raise precious pennies for their nominated organisation, as what seemed like half the school gathered during second break on one of the top playing fields to find out which teacher had been voted to be gunged. 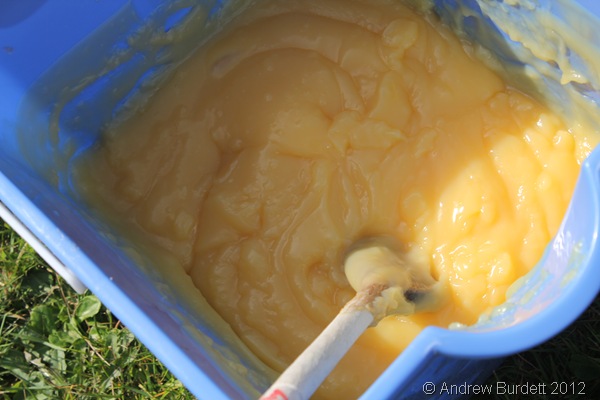 It’s not the first time Furze Platt’s held a ‘Gunge-A-Teacher’ event – back in 2007, Mr Shepherd and the recently-departed Mr Neill were covered in thick, red gloop for Red Nose Day. 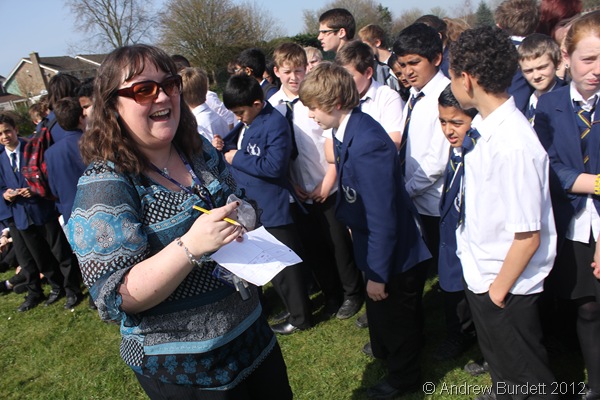 There were six teachers who’d volunteered to be in the line-up to be gunged: Mrs James, Ms Evans, Miss Satterthwaite, Mr Zair, Mr Boniface, and (my History teacher) Mr Shire. As Head-of-House Miss English sold the final votes during the last minutes prior to the pinnacle moment, tension was building. For the teachers – dressed down in anticipation – they’d soon be either racing for a cloth or racing for their cameras within the coming moments. 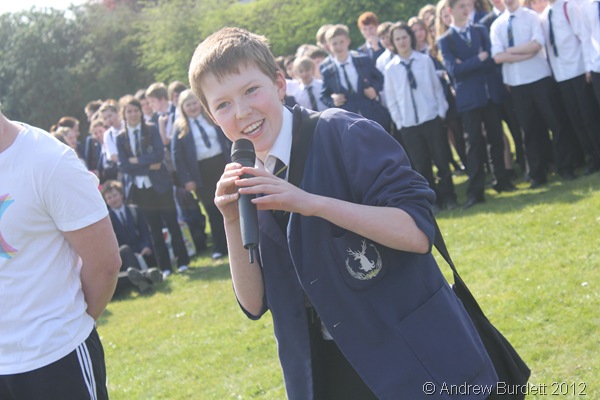 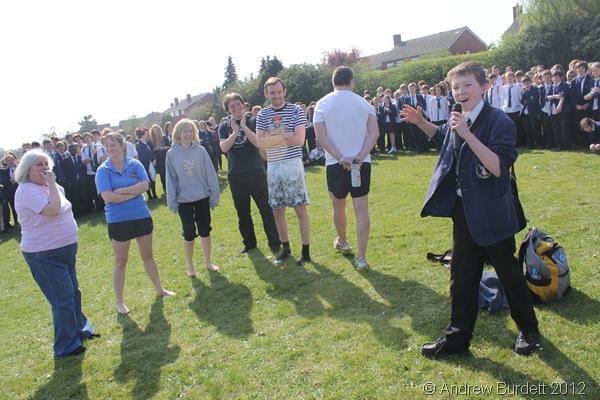 My friend Patrick Ashe provided his inimitable commentary, as the votes were counted and verified. Then, Deputy Headteacher Mr Bown took over the mic, and announced in reverse order the number of votes gained by each teacher. Mrs James, Ms Evans, and Miss Satterthwaite were first to be saved, and Mr Zair soon followed. This left just Mr Boniface and Mr Shire – who were then announced to be equal in votes. Rather than gunging them both, the question of whom the victim should be was thrown open to the crowd in biblical fashion. Resisting the temptation to shout “Crucify Him!” as the rabble before Pontius Pilate did, we all cheered on the teacher that we wanted respectively to be gunged. Miss English acted as adjudicator, eventually deciding Mr Boniface was ‘guilty’ and subjecting him to the custard bowl fate. As for his colleague, housemate, and friend, Mr Shire was instructed to act as “the gunge meister”, forced to throw the yellow stuff over ‘Boni’. 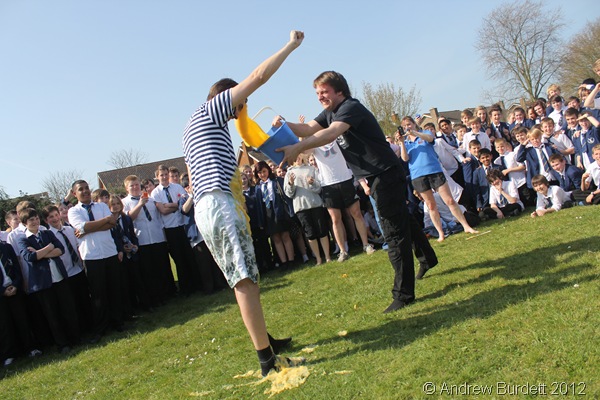 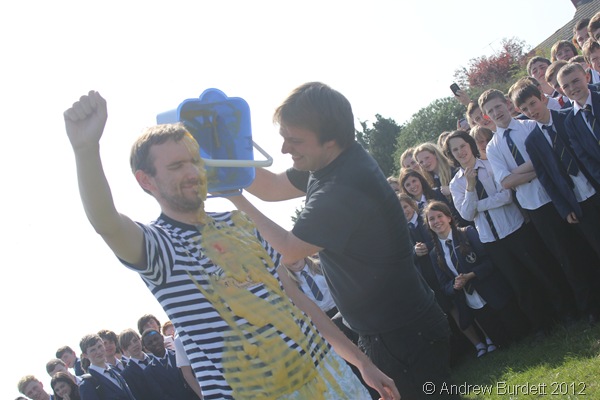 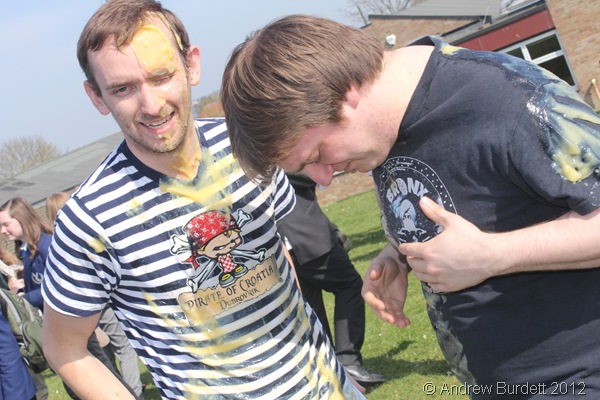 Because I was photographing the scene for the school magazine, I asked my friend Isa Nazir to film the proceedings. Unfortunately, he wasn’t used to using my camera, but I still managed to cobble together this report from the afternoon. Whilst it’s got nothing on the 2007 video mentioned earlier, it does – I hope – give a sense of the excitement of everyone there.