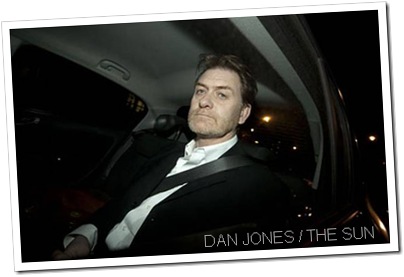 In terms of national and international news, this week’s been relatively quiet. Eric Joyce – the disgraced MP, who last month head-butted two Tory rivals in a Parliament brawl – resigned from the Labour Party on Monday, apologising "without reservation". Rebekah Brooks and her husband were arrested on Tuesday by police investigating phone hacking. On Wednesday, the UK jobless total reached a new record for seventeen years, and 2.8 million are now recognised as unemployed. Thursday saw Ashraf Rossli, 21, and John Kafunda, 22, dubbed the "Good Samaritan thugs" by the papers, sentenced for the crimes they committed during the London riots in the summer. And on Friday, Archbishop of Canterbury Rowan Williams announced his resignation, to the disappointment of thousands of Church of England members and millions of Anglicans worldwide.

None of these stories will be remembered by the wider world in months to come: they’re not Earth-shattering. But, naturally, for those involved with them, the outgoing week will be remembered for the rest of their lives. One story which will be remembered for a long time by many is of the horrific Swiss bus crash, in which 22 children and six adults were killed, after a coach carrying Belgian students returning from a ski trip crashed into a wall of a tunnel. There’s a couple of things that are stuck in my memory: a quote from the BBC journalist who reported for the evening bulletins ("For the child survivors who’d escaped the bus, there was no screaming, no shouting, just children numb with fear.") and the sight of the destroyed bus. The cause of the crash will probably never be known, but it’s now thought that the driver was trying to change a DVD in the on-board entertainment system just before the crash.

Much, much closer to home, though, the biggest story of the past few days is the announcement of plans to relocate Furze Platt Senior School to Spencer’s Farm. I’ve written my full thoughts in a separate blog post but in short I think they’re ill-considered. It’s an attractive deal, no doubt, for both the school and the council (not to mention the developer), but I can’t see how children from a planned 700 new ‘family homes’ can possibly fit into one new school, if they’re to demolish the current Furze Platt Road site. Developments in this story are bound to appear on this site, as and when they happen.

Perhaps the most striking thing about this photo is its subject: not in terms of looks, obviously, but rather the fact that he’s in it at all. Yes, it’s me, taken yesterday (Saturday) for my blog about my thoughts on the Furze Platt relocation proposals. In an unusually quiet week for me, this is one of the few photos I’ve taken (it was done using a self-timer function). But I like it for the black against red colours (that said, the version released earlier was in ‘artistic greyscale’); the fact that it shows me indulging in one of my favourite activities, writing; and the brightness fact it’s got one of my favourite photos in the background.

"David Cameron was in the United States this week. […] The big news was that Cameron was going to get to travel on Air Force One; the first foreign leader to do so." […]

"The American leader has a big private jet because the country is 3,000 miles across. Not only is Britain smaller, but we’re cutting spending on everything, so let’s hope Obama doesn’t expect similar treatment." […]

"It’s just not something a British Prime Minister can really offer, and Obama probably knows that."

— Steve Punt and Hugh Dennis, satirising both the Camerons’ visit to the White House this week and ‘horsegate‘, The Now Show, first broadcast on BBC Radio 4, 16 March 2012 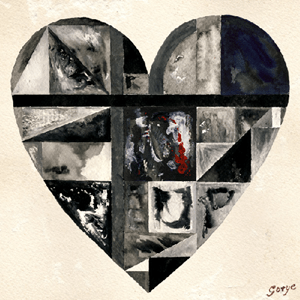 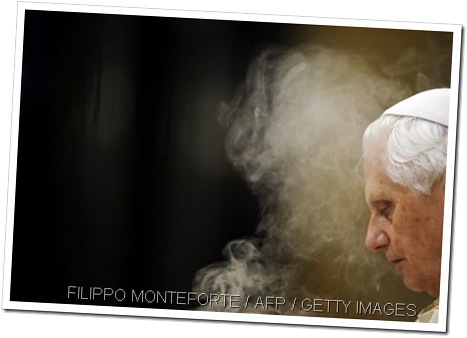 "After Sarah Jessica Parker, Eva Mendez and Katy Perry comes the Pope – a signature eau de cologne has been created for the leader of the world’s 1.2 billion Catholics.

The scent has been created by an Italian perfumer who has previously worked with Sting, Madonna and King Juan Carlos of Spain.

While celebrities often choose decidedly racy names for their perfumes – ‘Midnight Fantasy’ by Britney Spears and the distinctly unholy ‘Diavolo’ for Antonio Banderas, the name of Pope Benedict XVI’s cologne is likely to be more demure, judging by precedent.

Silvana Casoli, the Italian ‘nose’ who recently created the scent, previously came up with two other colognes called ‘Water of Hope’ and ‘Water of Faith’, but they were for the use of the Roman Catholic Church in general whereas this one will be worn only by the Pope.

Unlike celebrity perfumes adorned with pictures of breathless Hollywood starlets, this one will not be available to buy."