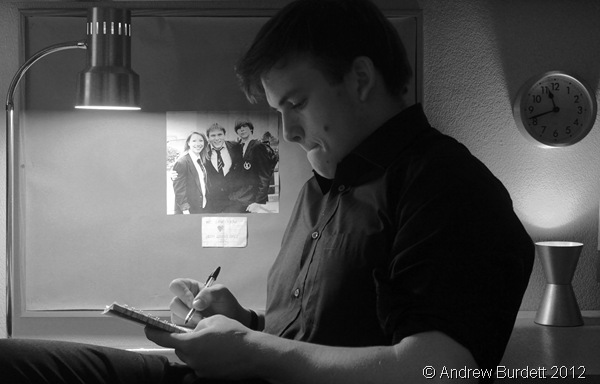 I love my school. It’s where I’ve met some of my very best friends; where I’ve departed from for trips around the country and Europe (Italy, Belgium, France, and most recently Germany); but, crucially, where I’ve gained knowledge in so many different areas, and where I’ve learnt some of life’s biggest lessons.

So when on Friday morning news was announced of plans to demolish Furze Platt’s current site and move the school to the Spencer’s Farm development, it was a surprise to many. I wasn’t quite so shocked: I had an inkling that the powers-that-be were keen that the work that went into the ambitious Building Schools for the Future (BSF) project (scrapped in 2010 by the then new Secretary of State for Education, Michael Gove) was not completely wasted. Indeed, the school spent a good amount of time listening to current pupils and involving them in the design process – and I don’t doubt that that would be the case for this project. But the plans for BSF were – so far as I am aware – intending to build over the playing fields which surround Furze Platt’s current site, and then to knock down the old buildings and for that land to become playing fields in time. This new idea is rather different, as the entire Senior School site would be bulldozed and replaced by a complex all under one roof. The staff would remain the same, the catchment area would be very similar, but the address of the school itself would be three-quarters of a mile away (as the crow flies). 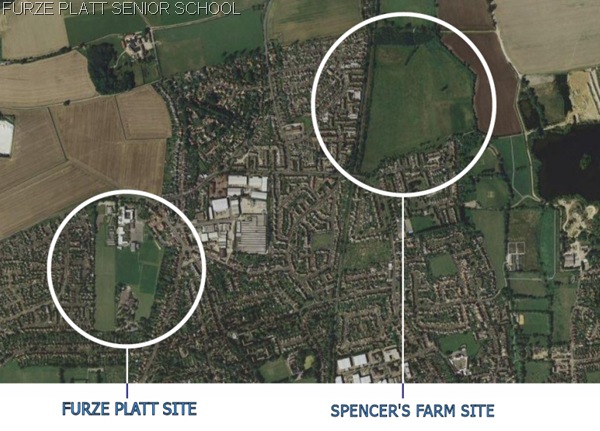 I don’t know about the situation regarding green belt land so I’m not really in a position to comment. But from what I understand, there’s a feeling in some quarters that the developer, Peter Prior (Executive Chairman of firm Summerleaze), is merely offering to build the school as a sweetener to his real bid to build 320 homes on the green belt-protected land at Spencer’s Farm. I think there’s strong reason to believe that idea – the addition of a school is really all that’s changed from his rejected 2009 plans for the site – and it’d be all too easy for him to build the new Furze Platt to a poor quality. I don’t for a moment suspect that a new building would go the way of the unused old cinema on Bridge Avenue (there’s too much strength from Furze Platt’s senior staff for that), but worry that it wouldn’t last as long as our current, half-centurion building has.

The Plans and Me

In many ways, the plans don’t affect me anyway: so long as all goes well, I’m due to leave Furze Platt in the summer of 2014, and the new development (if it goes ahead) wouldn’t open until September 2015 (assuming it be handed over on time). What does affect me is school morale in the last couple of years of the current school site. It’s basic human behaviour for somebody, knowing a building is to be deserted soon anyway, to not worry about replacing broken chairs or computers, to not even think about re-hanging a picture that falls off the wall, or to not bother to pick up rubbish across the site. 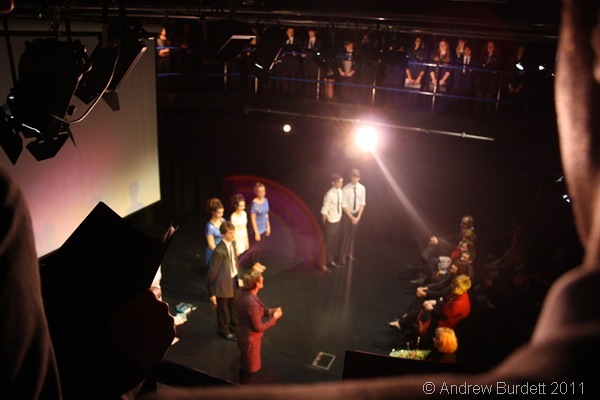 I’ve always said that headmistress Ms White is admirable in bending down to pick up a discarded crisp packet if she sees it blowing around on the floor in the wind, and I’m not saying she – and the many other staff who do care about the cleanliness of the site – would suddenly stop doing so if they knew that a shiny new school was being constructed down the road. But I am concerned that the rate of the current building’s deterioration (which has been exaggerated by the developer’s press releases) would increase dramatically as investment in Furze Platt (like that of the redevelopment of the English department, building of the great new arts facilities, and refurbishment of the Sixth Form block) would inevitably cease. This would be of particular importance to me, as I will be embarking on arguably the most important years of my school career during that period. A rather selfish view, I know, but I think a valid worry.

What Everybody Else Thinks

As one would expect, younger pupils (who’d still have time left at Furze Platt come September 2015) like the idea of a new school, and the close proximity of Summerleaze Lake is proving popular with students who have a keen interest in watersports (Furze Platt already has close ties with a sailing club). For my contemporaries, there’s a mix between jealousy and anger, especially those who can’t understand how the governors could allow the £1 million spent on the building work in the summer last year to be seemingly wasted. My friend Alex Parsons lists both the green belt issue and the altogether more sentimental fact that “I won’t be able to visit my old school when I’m old” as reasons why she doesn’t want the old school to be demolished.

There’s both positive and negative points-of-view in the comments section on the Advertiser’s article on their website – it’s easily one of the most commented stories that their site’s ever run. ‘Roger’ is cynical about whether the plans will go ahead anyway: “This is a pointless debate. The scheme will not happen. The GreenBelt [sic] will not be given over to a school and over 300 houses.” ‘Jo’ says: “(1) there are plenty of brownfield sites ready and waiting for new housing. (2) the school , far from being in crisis, is getting great results  (3) Many schools achieve more with much less.” 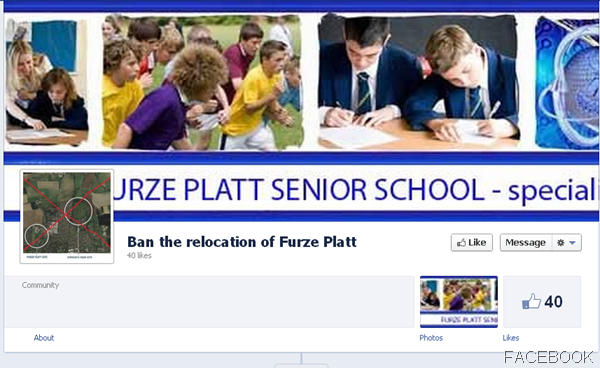 Within the last 24 hours ago or so, a Facebook page entitled ‘Ban The Relocation of Furze Platt‘ has been set up, using photography from my blog without consent and therefore illegally, now with 40 likes to its name. And yet, despite all that I’ve said so far, I’m not one of those who’ve clicked the thumbs-up button.

Ultimately, you can’t fault the governors, senior staff, and headmistress for wanting the best educational environment for Furze Platt’s students of both today and tomorrow. It’s no surprise that the plans are accessed by clicking a banner on the school homepage which reads ‘Even Better If…’ – Furze Platt is already an undeniably great school. I don’t necessarily think that the proposals as they stand will work (after all, surely two new schools would be needed if an additional 700 homes are to be constructed) – and am even more sceptical of the timeframe that’s been put in place. But while the politics may be dirty, if the plans do get the green light, I’d love to help ensure that Furze Platt’s future pupils get an even better education that the one I’m lucky enough to be enjoying.