Continuing a tradition started several years ago, we at St Luke’s enjoyed the first of three communal ‘Lent Lunches’ after the 10:00am Eucharist service this morning. Operating on a ‘bring and share’ system, there was plenty of cheese, bread, and a choice of two soups: green pea; and lentil, pasta, and ham. 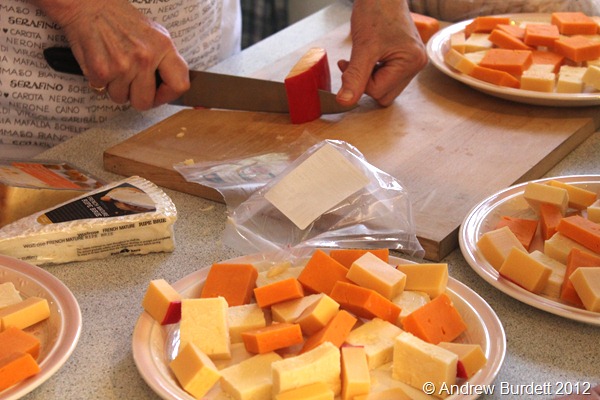 Revd Sally began at 12:30pm with a prayer from a grace cube she’d brought along, and then Roger Clarke and Sue Hinchcliffe took the bowls of soup to the tables, restricting the number of people who had to be near the kitchen. After all, too many cooks spoil the broth! 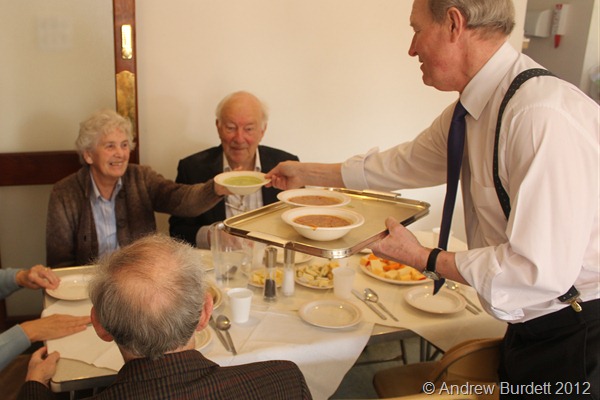 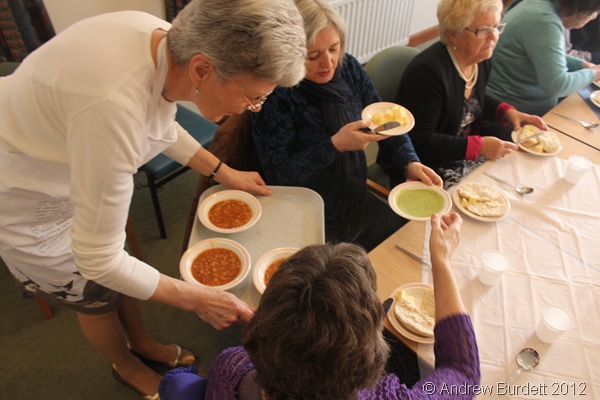 There were about thirty people who’d stayed on after the service for the luncheon, and we were joined on our table by close family friend Eileen Goford. 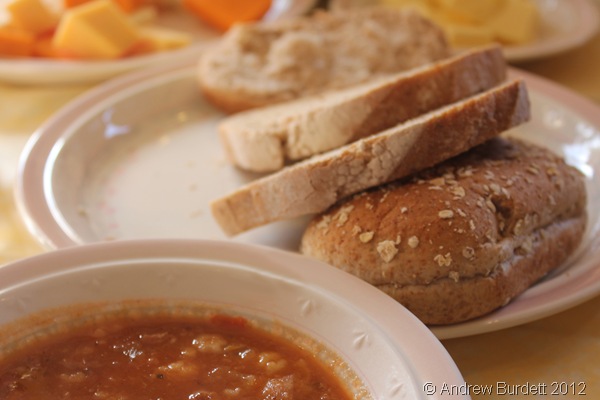 For dessert, little Emily had made a box of biscuits with her mum, Kate, which she helped to share around the attendees. Kate suddenly had a moment of embarrassing guilt as she realised many of the congregation members present were likely to have given up such foods for Lent. However, it was pointed out that Sundays technically do not count as part of the fast prior to Easter, so all tucked in to the shortbread. 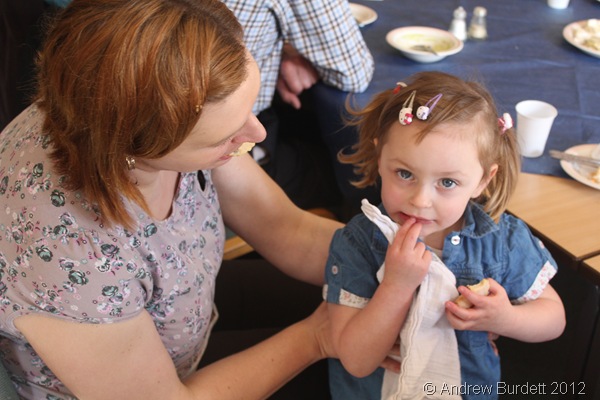