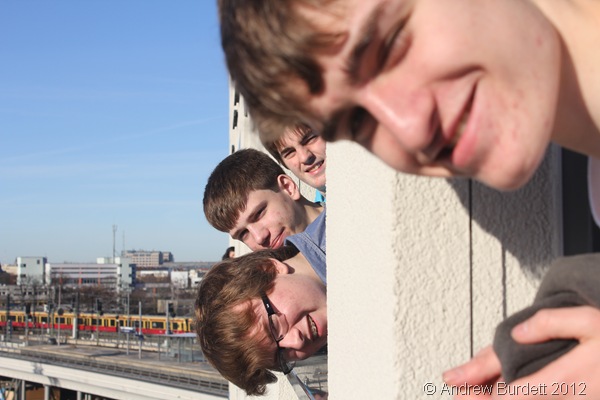 After waking for the last time in Germany’s capital city, we all washed and dressed, and then proceeded to unpack everything we’d packed last night in a bid to save time this morning, and repack our cases with all of that plus the things like pyjamas and wash-bags that we’d been unable to pack beforehand. We left our cases in our rooms while we ate breakfast downstairs, and then returned upstairs awaiting our rooms to be OK-ed for tidiness by the teachers. I was in one of the last dormitories to be checked, but I managed to get to the ground floor before most of my colleagues by taking the stairs as opposed to the lift. "You’re mad" they (rather oddly) told me, to which my reply was: "Six flights of stairs? Pftt. I ran up them with my case on Day One – why shouldn’t I run back down them now?"

Surprisingly, the "free luggage room", as boasted by the hostel’s website, where we would leave our valuables and luggage during the day, turned out to be the disabled loo. As we piled up cases around the sink, toilet, and hand-dryer, Mr Shire and I both had a horrible vision of a disabled person needing to use the room, and opening the door to reveal all our bags. 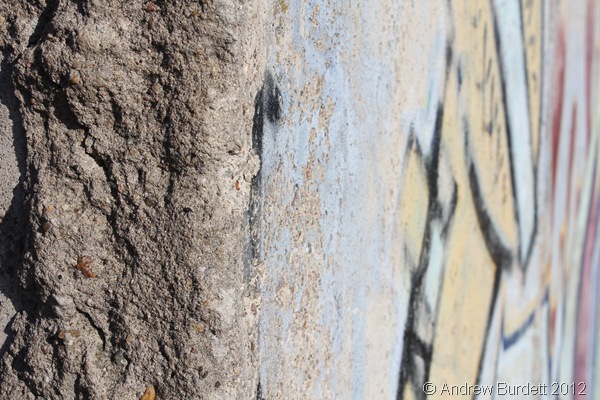 Travelling by train again, at 10:30am we arrived at Bernauer Straße, the location of one of the longest preserved sections of the Berlin Wall. One enters the memorial park (created on the former East Berlin side in 1999) through a missing section of the wall, where one’s greeted by an outdoor display of the faces of those who died trying to escape from East to West. Because the wall effectively went up overnight in August 1961, residents of the street who had, until that point, been able to pretty freely cross from one side to the other, were trapped on the East German side and unable to meet neighbours over-the-road. Like fifty other households, Ida Siekmann decided to jump out of her flat’s window, but she did so just before the West Berlin Fire Department had time to open the jumping-sheet, therefore becoming the first casualty of the Berlin Wall. Soon, the windows of all of the houses were (like the doorways) walled-up and occupants forced to leave, as the houses were demolished to make way for extra fortification to the wall.

We were shown a couple of very interesting films about the wall, including what led to its construction, what it symbolised during a very tense time across Europe, and how it eventually came down so quickly. In fact, all of us Year 11s already knew much of the content of the films, having studied the Cold War in recent History lessons, but it was great revision and a helpful footing for the Year 10s who’ll begin their studies on Germany in this period in the coming months. 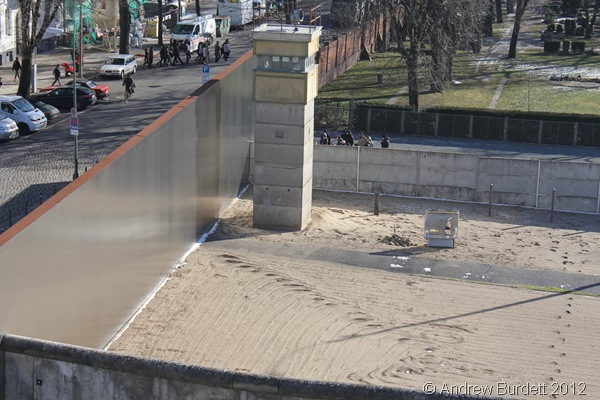 After that, we were taken to a rooftop ‘viewing tower’, where we could look out over a reconstructed section of the border’s fortification: ploughed land, mines, barbed wire, and watchtowers. 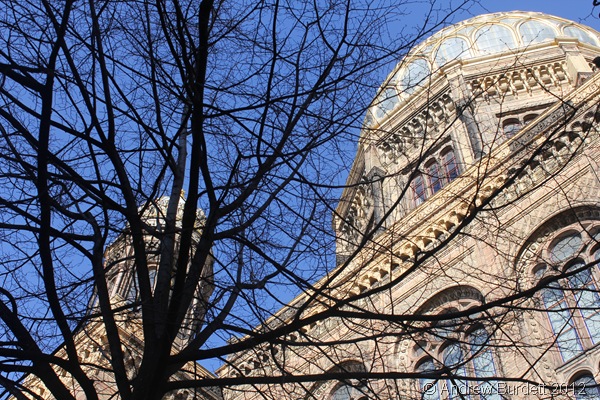 Tour leader Chris led us on to Orabueburger Straße, home to the grand Neue Synagoge (the largest synagogue in Berlin, at the time of opening). During Kristallnacht (9 November 1938), the building was set on fire by the Nazis, its furniture smashed and its Torahs abused. The police officer on duty that night arrived in the early hours of the following day and ordered the mob to leave, while the fire brigade came to extinguish the flames. 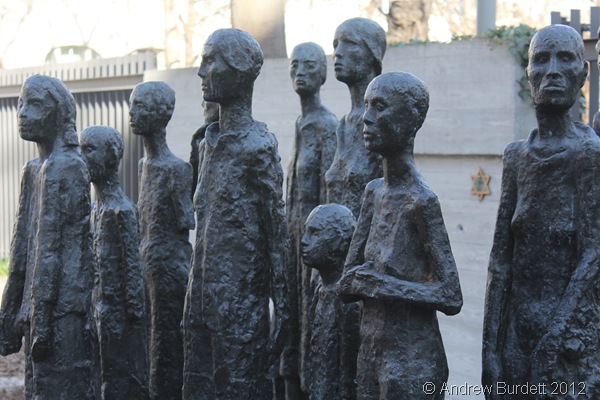 Our final piece of history of the trip was a stop at the memorial sculpture on Große Hamburger Straße which is of a group of Jews being led to their deaths, just in front of the Jewish cemetery. The street had a strong Jewish community with shops and schools, but soon after the Nazi party came to power, it became a collection point for Jews to be sent to their deaths. As we walked to the Alexa Shopping Centre, all of us reflected for a brief period on everything we’d seen during the preceding days. 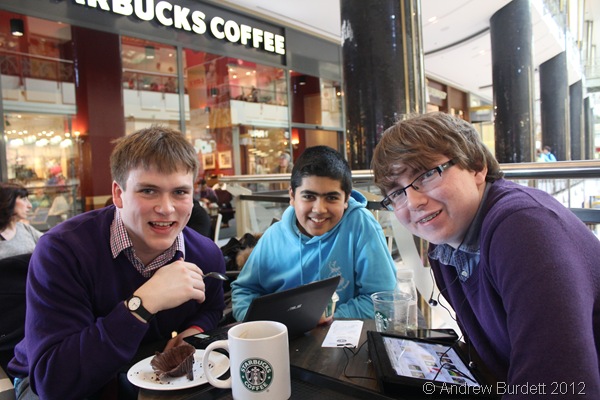 Alexa is very similar to Westfield in its range of retailers, with everything from the bowling alley we visited on Tuesday to The North Face. Lorna, Zeki, and Sophie went off to go and buy the presents for Chris and the trip-leading teachers, from funds we’d all voluntarily contributed towards, while the rest of us went off in groups of between four and six. The lack of real freedom is something that always irritates me with such trips, but is understandable given the responsibility of the staff. Consequently, after a Currywurst lunch, I browsed the three floors with Jake and Simon, before stopping at Starbucks and connecting to their Free Wi-Fi to check up on the day’s news. 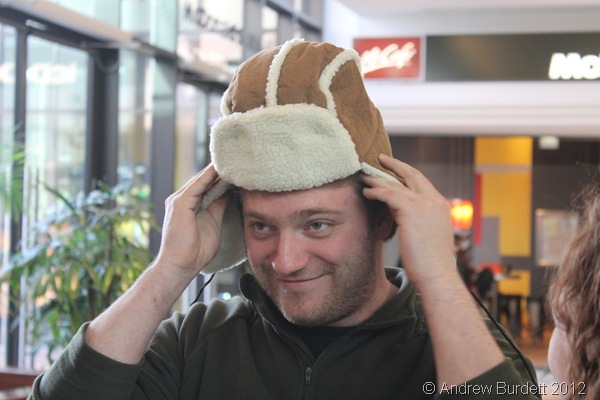 At 3:20pm, we congregated at the pre-arranged rendezvous, where Jason and Sam presented Mr Shire with a bomber’s fur hat that they’d bought for a few euros. Sir seemed less than delighted, especially when they bullied him into wearing it for the rest of our time in Germany. 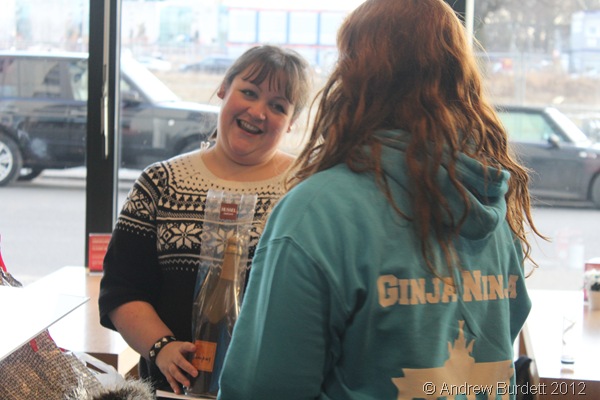 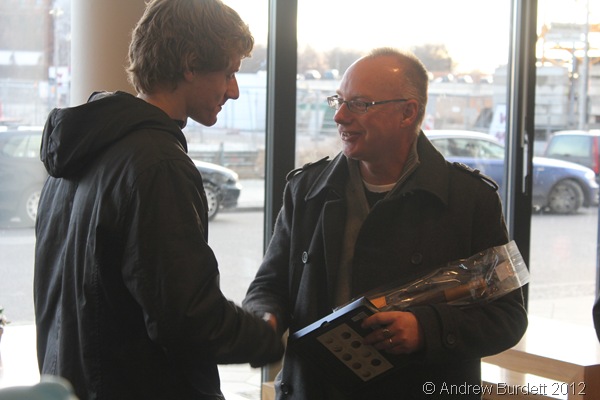 But that time was quickly diminishing, as our flight was just hours hours away. We took the train back to the hostel, and before collecting our cases from the disabled loo, Zeki and Sophie gave the gifts to the teachers who’d run the trip. Chris seemed very pleased with the card we’d all signed for him – despite the fact that, thanks to Huw’s abysmal German skills, he’d bought one with a pre-printed message which read: "On your First Communion…". 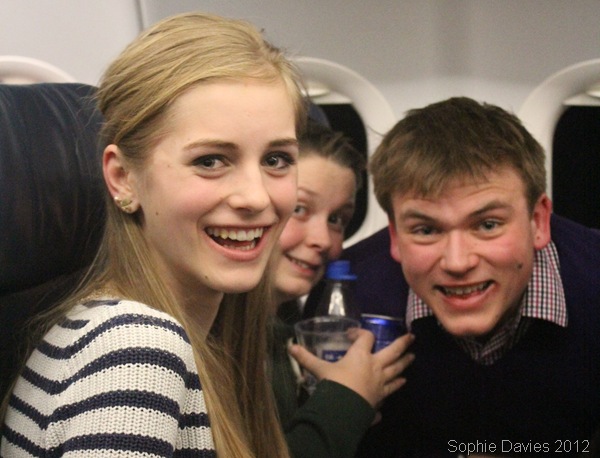 I assisted the coach driver with the loading of suitcases into the bus’s underneath storage area outside the hostel, and then the subsequent unloading once we got to Tegel Airport. After an hour or so, we completed the usual security check and border control formalities, and then boarded the flight which would take us back to Blighty. 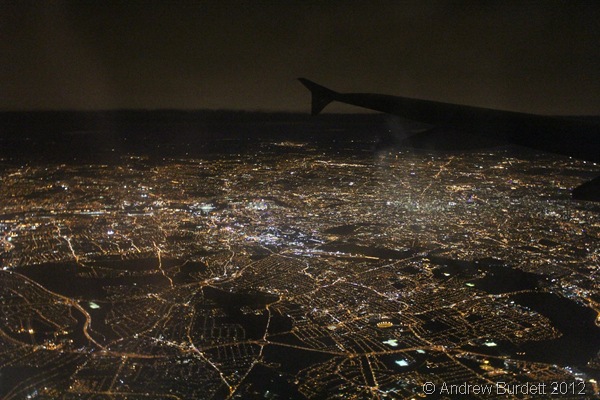 Over the past four days, I’ve met a people who are friendly, warm, and welcoming, in a city that is young, edgy, and alive. Germany’s a country that does, of course, still bear the scars of the actions of both its predecessors in government, but also those whom that government was fighting – the Allies. Amid the impressive, new, glass Hauptbahnhof and reconstructed, historic, stone Reichstag are the memorials to those who died in shocking displays of inhumanity from both sides, all in the last hundred years. Unlike London, there’s a huge amount of undeveloped land, squares which have been left untouched as yet. That will, no doubt, change with time, as the reunited capital grows older (remember, it’s only been a single city in a single country for little over a score of years). But already it’s a great city, an exciting place to be, and a wonderful place to have spent time with my classmates and friends.

Goodbye Germany, and thank you. 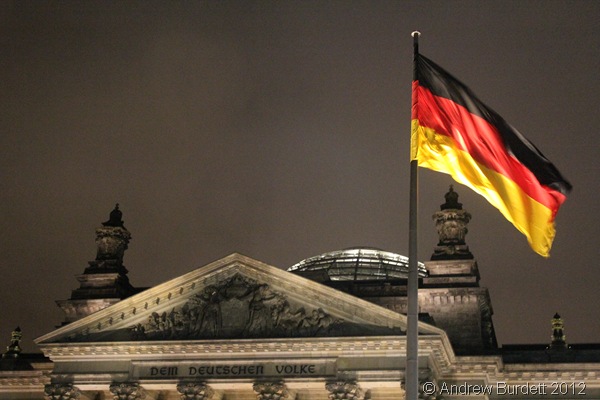