Twenty songs, six months of rehearsals, and four performances to the paying public came to an end this evening, as my fellow Little Shop of Horrors cast members and I bowed out. Tonight’s show broke with tradition for last-night affairs, as we stuck pretty closely to the script (probably more so than any other night of LSoH, in fact). Tonight’s audience were really very warm – the best of all four – and seemed to immensely enjoy the entire show.

After headteacher Ms White made a short speech, we sang the theme chorus one last time before making our way into the adjacent Dance Studio (our green room for every night of the production) where we as a cast presented the teachers who’d made it happen with gifts and cards. 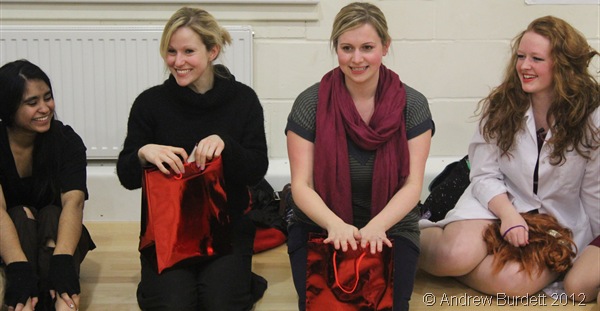 Within minutes of the last note being sung, cables were being thrown around, gaffer tape was being torn up, and the seats were being stacked. The stage management team on this show are one of the best I’ve ever worked with – efficient, hard-working, and (as ever) all for virtually no praise. 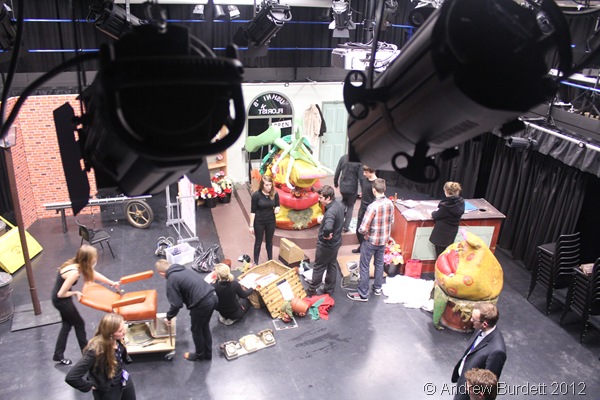 But how’s this for a great end to a great show? As we hung up our costumes for the last times, snow was falling outside, making for a beautiful walk to Tilly’s house for the after-show party. 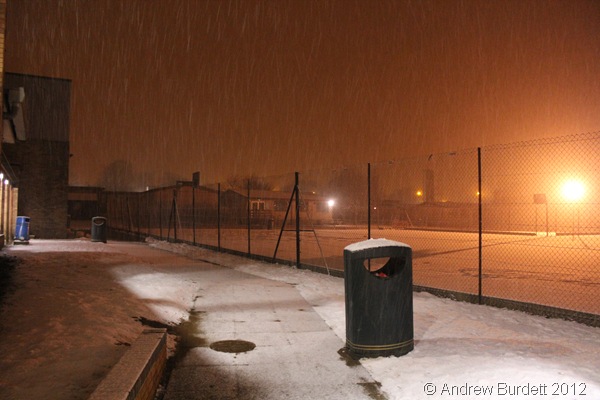 All agreed that it’s sad Little Shop has come to an end, knowing – despite best intentions – it’s unlikely we’ll ever be as close to each other as we have been over the last couple of weeks. My thanks, of course, go to my fellow cast members, the crew, the band, and the front-of-house staff who, with the musical and dramatic direction of Mrs Armstrong, Miss Watson, Mrs Bradley, and Miss Satterthwaite, have contributed to the high success of our show.

A longer piece on my thoughts of the end of Little Shop of Horrors will be published in the next edition of the school magazine.