Little Shop of Horrors: The Beginning of the End – 2 February 2012

A week tonight, the audience will applaud Furze Platt’s performance of Little Shop of Horrors for the last time; we’ll strike the set; and if we’re all not too tired, somebody will host an after-show party. This is the first time the Music and Drama departments have come together since the opening of the new arts facilities at school in October, and this show makes full use of the technical advantages of our state-of-the-art studio theatre. 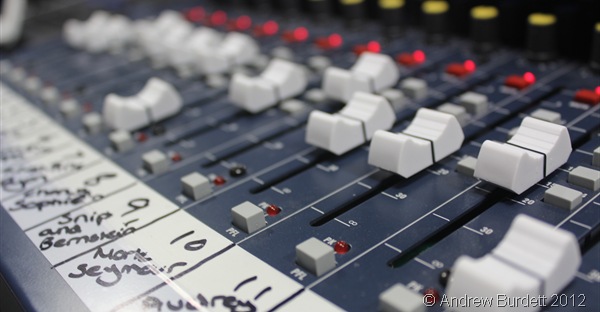 Rehearsals for this year’s school musical are now entering the final few days, and unlike last year when I worked with the technical team, I’m up on stage this time as Orin (the sadist dentist). It’s a fairly minor role – I made it clear from the very beginning that I didn’t have the time for the lead – but it’s easily the most entertaining character in the musical, thanks to his morbid, self-professed “fascination with human pain and suffering”, the way he so badly treats Audrey (his supposed girlfriend), and the quite spectacular way he dies. Having a more modest part has meant I haven’t had to attend as many rehearsals as Tilly and Mark (Audrey and Seymour respectively), nor have I had anything like the number of songs to learn as the chorus, but ultimately it’s allowed me to be part of the show without it impacting too greatly on my other work and social commitments. 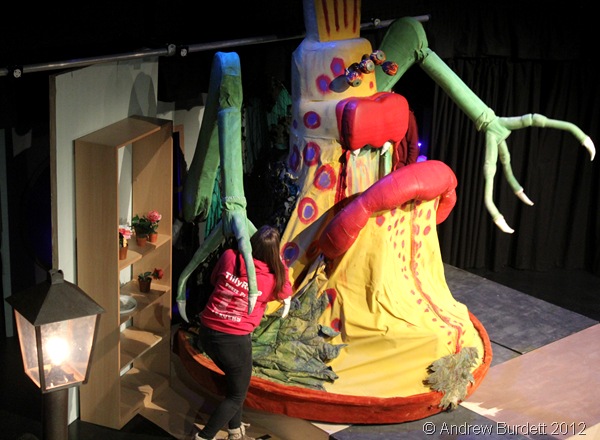 For those who don’t know the show, it began as The Little Shop of Horrors, a 1960 American comedy film, before it was adapted to a stage musical in 1982. Less than five years later, it morphed once more, this time into a film adaptation of the stage musical. Without wanting to give away any spoilers, it’s a hilarious story. Seymour, a nerd and orphan, is given a job by the owner of the self-named ‘Mushnik’s Skid Row Florists’, in a downtown American city. Seymour works alongside the beautiful Audrey, who he dreams of. Audrey herself dreams of one day having “Somewhere That’s Green” and living with “a sweet little guy like Seymour” – a world apart from the life she currently leads: living in run-down Skid Row and dating Orin. Seymour buys a plant (which he names Audrey II after the subject of his crush), which (in addition to the usual requirement of CO2 and H2O), also needs Hb (blood).

To find out who becomes plant food first, you’ll have to come along and watch!